The SPD gathered in Bonn today to decide whether to start formal coalition talks with Angela Merkel’s conservatives, a move which would bring Europe’s economic powerhouse one step closer to a stable government.

Leader Martin Schulz faced a strong backlash from the party’s left and youth wings, which argue that the SPD should reinvent itself in opposition.

The party recently scored its worst election result in September since Germany became a federal republic in 1949.

But this afternoon the 600 Social Democrat delegates voted to allow leaders to enter into formal coalition talks with Angela Merkel’s CDU.

The vote will help move Europe’s economic powerhouse one step closer to a stable government after months of political uncertainty.

SPD delegates voted by 362 ‘for’ to 279 ‘against’ to move ahead with negotiations after the centre-left party’s leaders agreed a preliminary coalition blueprint with Merkel’s conservative bloc earlier this month. There was one abstention.

Talks are now expected to start this week, bringing relief to Germany’s partners in Europe, where Merkel has long played a leading role in economic and security affairs.

SPD party members still get to vote on a final coalition deal, if there is one. 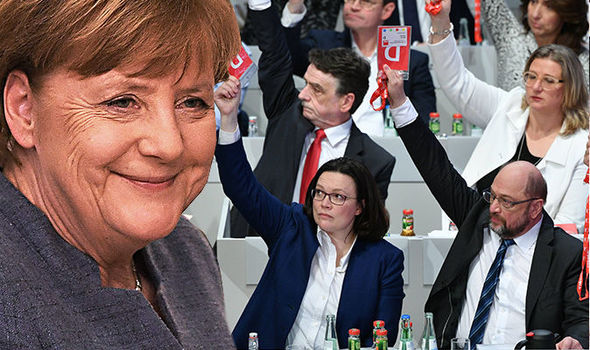 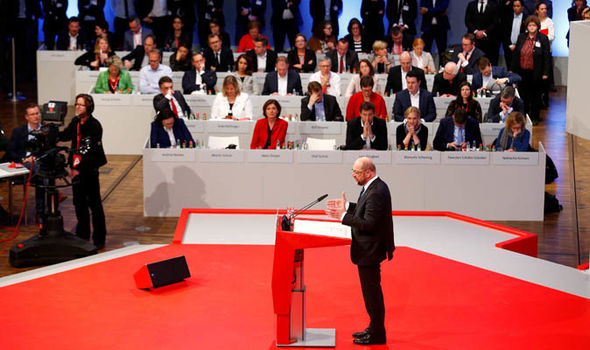 The delegates met in Bonn today to debate and vote on whether their leaders should push ahead with coalition talks on renewing an alliance with Merkel’s conservatives that took office in 2013.

The two blocs, which both bled support to the far right in the September 24 election, struck a preliminary deal last week but critics, including the party’s youth wing leader Kevin Kuehnert, say the agreed blueprint does not bear enough of the SPD’s hallmarks.

Sunday’s vote has also been watched closely abroad as Germany has Europe’s largest economy and Merkel has long played a leading role in the continent’s economic and security affairs. 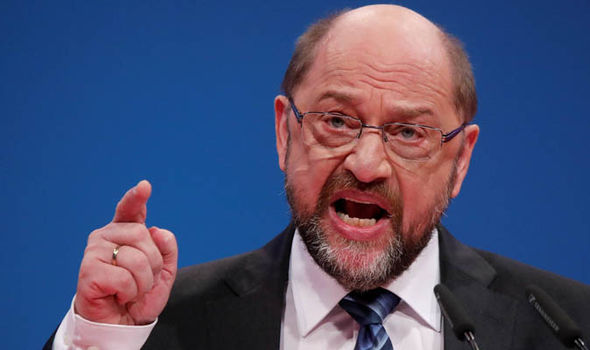 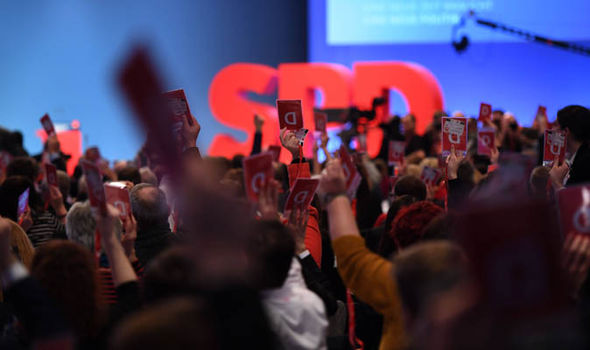 Around 600 SPD delegates will vote on accepting the coalition deal.

But the support comes on the condition that Schulz pushes for more concessions on labour, health and migration policies.

Before the vote, he tweeted: “Toll-free day care facilities for children, a strong Europe and decent care of the elderly – that will only happen when we join the government.

“To seize the opportunity to considerably help many people is a duty for me.”

Speaking at a party congress earlier today, he urged delegates to allow the SPD to serve as Merkel’s junior coalition partner again – a sign of the party’s diminished fortunes.

“The SPD must and will be visible, audible and recognizable!” Schulz, sounding hoarse after a week of lobbying delegates, said to loud applause.

A ‘no’ would have prolonged a four-month political deadlock just as its regional partners look to Berlin for leadership on European Union reform in light of Britain’s decision to leave the bloc.