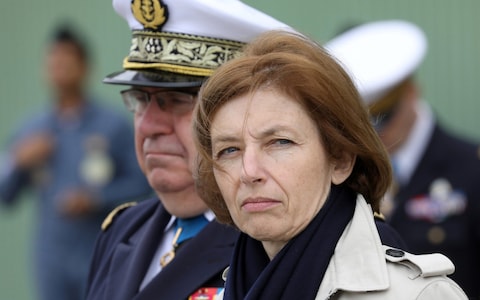 France and Britain are among a European group of nine European countries signing letter of intent for a crisis defense initiative CREDIT:  REUTERS

Britain is to team up with France, Germany and other willing nations to launch an initiative to co-ordinate European military deployments outside the framework of the European Union.

Nine nations, including Belgium, Denmark, the Netherlands, Estonia, Spain and Portugal, have signed up to the so-called European Intervention Initiative (EII) –  a coalition of willing states prepared to react to crises near Europe’s borders without help from NATO or the United States.

The initiative involves “joint planning work on crisis scenarios that could potentially threaten European security”, a defence ministry source said, including natural disasters, intervention in a crisis or evacuation of nationals.

The idea for EII was first mooted by French president Emmanuel Macron in a speech at the Sorbonne last September, and is seen by eurosceptics as an embryo for some kind of European armed force. 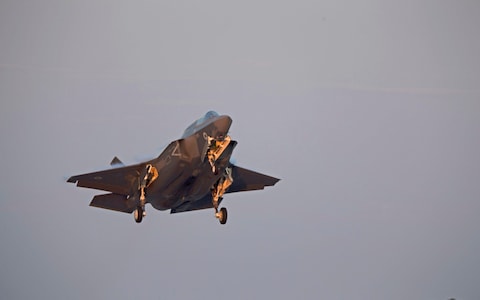 Britain is to join France, Germany and others to form a crisis defence initiative that will operate after Brexit CREDIT: U.S. MARINE CORPS

There was initial scepticism that the initiative would fly because the European Union had also agreed a landmark defence pact last December that aims to join efforts on forces and weapons – but that put EU inclusiveness above ambition.

The French-led initiative has been seized on by British diplomats as a potential vehicle for post-Brexit defense co-operation outside the EU framework.

Michel Barnier’s Task Force 50 is currently taking a hard-line on defense and security co-operation, telling British officials that the UK will be treated “no differently” than any other non-EU member states.

The new ‘EII’ will operate outside the bloc’s control and combine Europe’s only two powers with both the military capacity and strategic will to deploy force overseas – Britain and France – with a handful of smaller, but willing, EU states.

“It’s definitely not a new force,” said a senior UK defence official involved in negotiating the UK’s decision to participate in the initiative.

“This is about getting countries prepared to send force to, say, Africa. It’s about getting them to agree doctrines, policy and strategic thinking rather than a new force – which is why we singed up to it.”

EU defence ministers are due on Monday to agree on the rules of that pact, known as Permanent Structured Cooperation (PESCO). The pact will have the backing of a new multi-billion euro defense fund from 2021, and it appears unlikely it will include Britain. 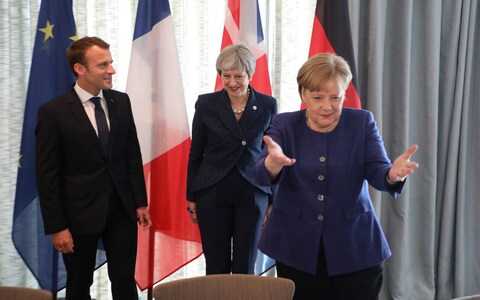 However, Ms Parly admitted that this was still in “embryonic” form. “The time frames and decisions within the EU framework are still much too long when it comes to an emergency, which can arise from a critical situation in a country where Europeans feel there is a serious security issue,” she told Le Figaro.

“This is clearly an initiative that allows the association of some non-EU states,” she said. “The UK has been very keen because it wants to maintain cooperation with Europe beyond bilateral ties.”

Earl Howe, Britain’s junior defense minister, said last month: “It will help to achieve what we are looking for, which is a deep and special partnership with our European colleagues in defense and security”. Germany’s Chancellor Angela Merkel has welcomed the opportunity to involve Britain in the force.

But she also stressed that the EU’s existing defence pact and any “common military strategy” are “closely related”, which will stoke Brexiteer fears that the force could involve Britain in a European army by the back door.

Mr Macron is thought to be keen to involve Britain in future European defence cooperation as one of the continent’s most effective militaries.

But he is also pushing for the force in part because of frustrations with the slow pace of EU defence integration. The EU has created four multinational military “battlegroups” since 2007, but troops have never been deployed. Italy had initially expressed interest in the initiative.

The new government in Rome “is considering the possibility of joining” but has not made a final decision, said Ms Parly. Despite Brexit, the UK is keen on securing a security treaty with the EU by 2019 that would continue to grant it access to continental databases, weapons contracts and intelligence sharing. Many EU countries support the idea.