A LARGE number of earthquakes have been felt beneath volcanoes across the world, sparking fears of major eruptions, so are any volcanoes erupting and could there be a violent explosion? 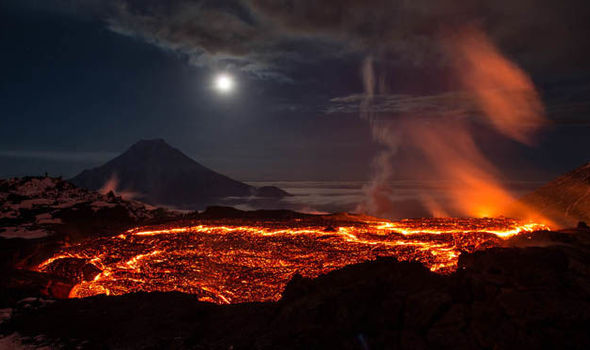 In Hawaii a total of 18 earthquakes have been measured under Kilauea volcano during the last 18 hours.The largest earthquakes measured on the Big Island was a magnitude 2.2 earthquake measured on Wednesday, 6km southwest of the volcano.Kilauea is showing increased signs of activity, as the summit lava lake remains at a high level and continues to rise.

Hawaiian Volcano Observatory spokeswoman Janet Babb said: “Overall, it’s been on the high side. With this latest inflation, it’s just pushing up even higher.

RELATED ARTICLES
According to the HVO, the lava level is continuing to rise and there has been a slight increase in seismicity on the East Rift Zone near the summit area.In Mexico the Cerro Prieto volcano is showing an increase in activity with a magnitude 2.4 earthquake measured.The volcano is located in the Mexican state of Baja California ad the quake measured might be volcanic in original at a depth of 12km.A volcano tectonic earthquake is an earthquake induced by the movement – either injection or withdrawal – of magma. These earthquakes do not indicate the volcano will be erupting but can occur at anytime. 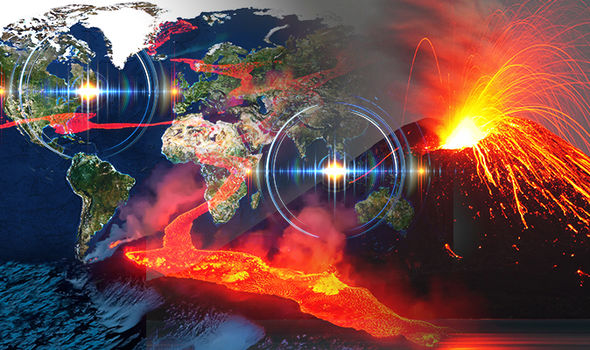 Volcano ERUPTION WARNING: A number of earthquakes have been felt under volcanoes across the world

A swarm of earthquakes has been detected under the Clear Lake volcano in California – 16 have been measured during the past 21 hours at depths ranging between 4.4 and 0.2km.Clear Lake Volcanic Field is located about 90 miles north of San Francisco and the most prominent volcanic feature is 300,000 year-old Mount Konocti.The volcanic field has not erupted for several millennia, sporadic volcanic-type earthquakes do occur and the numerous hot springs and volcanic gas seeps at in the area point to its potential to erupt again.Across the world, in Greece, a magnitude 2.7 earthquake was felt beneath the Nisyros volcano which may have been volcanic in its origin. 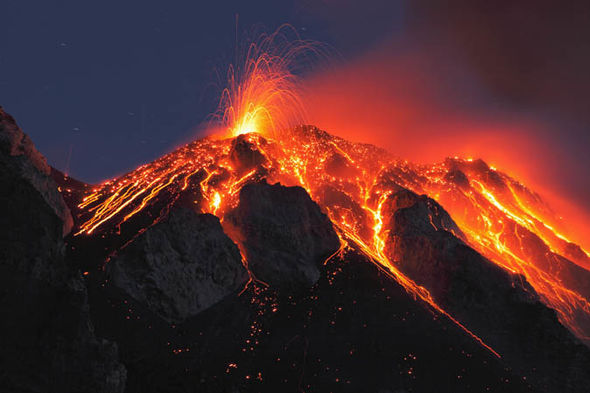 The Greek Island is in the Aegean and is the youngest volcano along a rift in the Southern Aegean and has experienced at least three major eruptions in the past 45,000 years.

One of these, around 16,000 years ago, was particularly destructive, blanketing a wide area with volcanic ash.The Sakurajima volcano in Japan has recently been showing high levels of activity.At the beginning of April, there were between two to four vulcanian explosions per day, increasing the total number for recorded explosions this year to 32 so far. 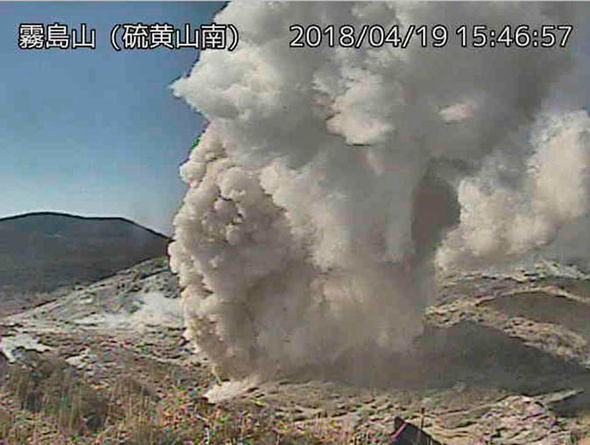 Explosive activity was recorded at Sabancaya in Peru, with explosions averaging at 15 per day between April 9-15.Gas and ash plumes rose as high as 2.2km above the crater rim and minor ash fall was reported in Huambo and Cabanaconde.The report noted the public should not approach the crater within a 12km radius.In Japan, the Io Yama volcano was caught erupting and emitting a huge ash cloud on Japan Meteorological Agency’s live camera on the southwest island of Kyushu, Japan on April 19. 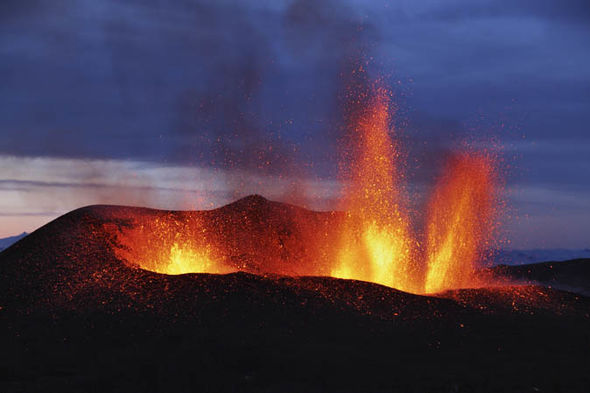 Volcano ERUPTION WARNING: Could the earthquakes trigger a volcanic eruption?

The volcano has been showing weak to strong ash emissions since the beginning of the month.Despite these recent earthquakes, there is no suggestion it will lead to the volcanoes erupting, as only a few historic large regional earthquakes – greater than magnitude 6 – are considered by scientists to be related to an eruption or unrest at a nearby volcano.As the earthquakes measured at these volcanoes have been magnitude 2 or less, it is not expected to lead to volcanic eruptions.