For over 50 years Garner Ted Armstrong broadcast a message of Witness and Warning on TV and Radio. "The World Tomorrow" broadcasts and the “Garner Ted Armstrong Program” focused on world events in the light of biblical prophecy, looking toward the coming Kingdom of God. His radio broadcast reached every inhabited continent in five different languages. He interviewed many national and world leaders and reached an estimated 20 million Americans on television weekly.

The work undertaken by Mr. Armstrong is far from finished. Perhaps now more than ever this world needs to be warned of the coming tribulation. As our Lord and Savior Jesus Christ preached, “repent, for the Kingdom of God is at hand.” We are dedicated to continuing to spread this message. The clear, straightforward Bible teachings of Mr. Armstrong stand in stark contrast to the convoluted dogma of much of mainstream Christianity. For as long as we are able, and with as much strength as God grants us, we will keep watching world events, and warning of what is to come.

On the Sabbath, June 29, 2002, shortly after 1:00 PM, the newly completed office/auditorium building near Tyler, Texas was formally dedicated to God.

Mr. Garner Ted Armstrong, President, welcomed 164 brethren from as far away as Canada, Alabama, Utah and many points in between. Prior to the beginning of the regular Sabbath services, he explained the design and construction of the all-steel building; the 8 and ½ acre grounds, and how the facility will not only house the offices of the Evangelistic Association and the Church, but will also serve as a regular meeting place for the local Tyler congregation; for regional church meetings; for annual Holy Days; that it will become another of the two newly-added Feast sites for 2002. He also mentioned potlucks, church socials and the possibility, in the future of a place for such events as seminars, or, in the “hopes and dreams” department, an academy, and a summer program for the youths of the church.

Asking the audience to rise, Mr. Armstrong then formally dedicated the building to God in an emotion-laden prayer. He asked that God place His holy angels inside and all about the facility; that everything that is to be done would be to the honor and glory of God; that the building belongs to God, and asked God’s blessings on all those who had made it possible by their contributions to the Garner Ted Armstrong Evangelistic Association Building Fund.

Following the dedication prayer, Mr. Armstrong led those assembled in singing both verses of the Star Spangled Banner, followed by “God Bless America.” Then, in a loud voice, he said, “And in defiance of the judge in California, will you join me in pledging allegiance to the flag!” An enthusiastic audience responded with a ringing pledge to the flag.

Mr. Armstrong then introduced Mr. George Trent, Area Coordinator for the northeastern United States, and an ordained minister of the church, to give the sermonette.

Mr. Trent began by referencing his wristwatch, and speaking of how often we continually refer to time. “Time passes by,” “water under the bridge,” “what time is it?” and many other references to how we are constantly speaking of time. He explained how time and distance are the same thing; how God created time, by setting in motion the planets and the earth around the sun. His scriptural reference came from Ephesians 5:15,16, which says, “See then that ye walk circumspectly, not as fools, but as wise, redeeming the time, because the days are evil.”

He explained that a human lifetime consists of just so many days, hours and seconds, and showed how many hours were left to him until reaching his allotted “threescore and ten.” He showed how, as the second hand moves in one direction, our allotted life span is moving in the other direction; how as each second passes, we have one second less allotted to us, exhorting the audience to make the best of every minute of our lives.

Following another congregational hymn, led by Mr. Tony Brazil of Whitehouse, Texas, special music was given by Mrs. Lucy Jones of Hattiesburg, Mississippi, who sang a beautiful song, with the most appropriate words, “Jesus, Savior, Fill This Place.”

Mr. Armstrong was then introduced for the sermon. He asked, “Just Who Do We Think We Are?” He referred to the “rock opera” of long ago, which asked, “Jesus Christ, Super Star, Are You Who You Say You Are?”

He then related the real reasons why Christ came to earth: “He came to DISqualify the present evil world ruler, who is Satan. He came to QUALIFY to become the world ruler. He came to build His church; His group of called-out ones; to train and commission them to preach the good news to the world. He came to die for the sins of all mankind; to fulfill the dozens of prophecies about the Messiah; to set us an example that we should follow in His steps, and live as he lived; to confirm the New Covenant with many; to show the way to salvation; to magnify the law and make it honorable; lifting it to a spiritual plane, so that it reaches into every nuance of human behavior; to qualify to become our daily High Priest; to deliver to His disciples prophecies concerning the events to take place prior to His return; to remain in the tomb exactly three days and three nights as proof of His messiahship; to be resurrected and ascend to His Father in heaven, there waiting until the ‘time of the restitution of all things.’”

He then showed how Christ had said “I will build my church — meaning “ekklesia,” or “assembly; called-out ones; students; disciples.” How Christ had said, The gates of Hades [the grave] will never prevail against it.” He said, “The gates of the grave have opened to receive my mother, my brother, my sister and my father. But you and I are ALIVE,” and showed how Christ promised His church would never die out.

He emphasized how CLOSE we are to major world upheavals; asked how long it will be before a “dirty bomb” explodes in Times Square or somewhere else; how long before rogue nations possess nuclear, chemical and biological weapons; how many years left to us before a huge, nuclear bomb World War III breaks out.

He said, “Anyone who does not know we are living in the last days is either ignorant, or in denial.” He said the US could attack Iraq within a month or two; that we are in the very beginning of the Great Tribulation or time of World Trouble prophesied by Jesus Christ.

After reading several scriptures about the church; the body of Christ, Mr. Armstrong returned to his opening question: “Who do we say we are? We are God’s children. We are branches attached to the Vine, which is Christ. We are members of Christ’s body. We are a part of God’s true church. We are fellow-laborers and co-workers together in the work of God. We are future members of Christ’s cabinet; mayors, judges, kings and priests. We are the Intercontinental Church of God.

His sermon was met with enthusiastic applause, after which Mr. Tony Brazil led us in a concluding hymn, followed by the closing prayer by Mr. Frank Scherich, ordained minister and Area Coordinator of central states and Hawaii.

That evening, large numbers once again reassembled to find many tables set up, a large barbeque buffet set out, with barbequed brisket or chicken, potato salad, red beans, cole slaw and drinks. Later, following dinner, a large crowd enjoyed a wonderful evening of visiting, and of karaoke singing. Many from the audience submitted song requests, and all were amazed at the professional-sounding talent from many of the singers. It was a very happy, joyous evening of fellowship and celebration, as one could see by the wide smiles and enthusiastic applause.

All in all, it was a wonderful day of dedication, renewal, thanksgiving, love, and joy! 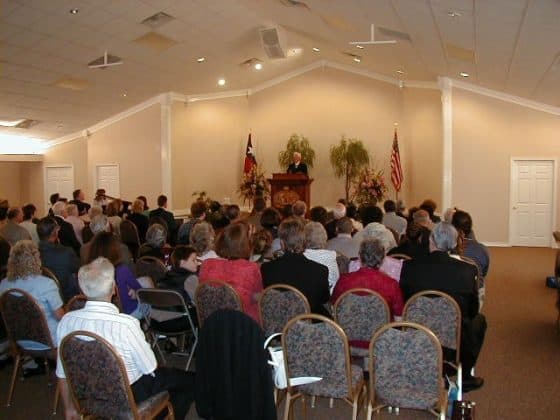 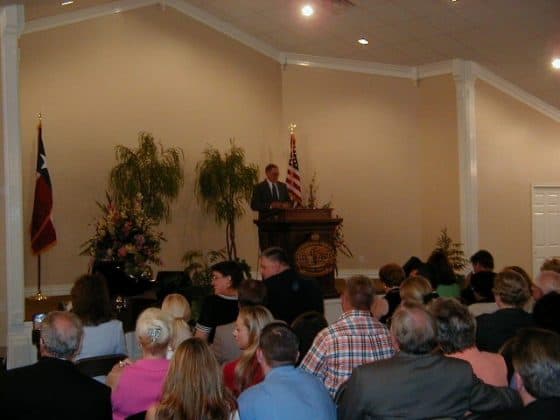 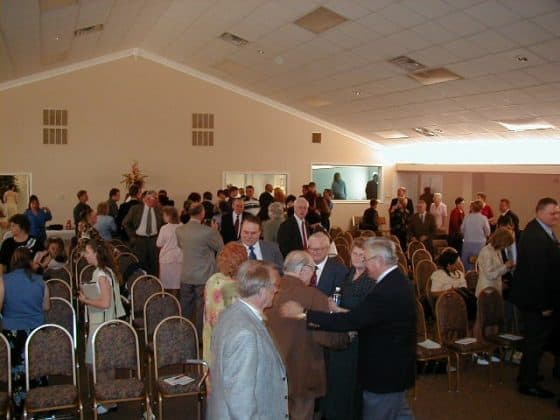 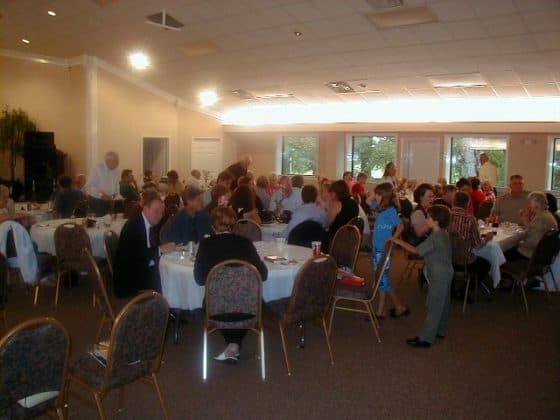