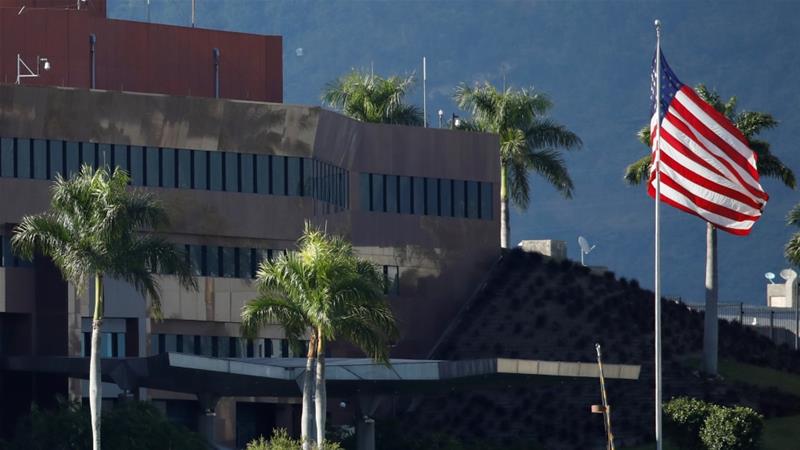 The United States has withdrawn all remaining diplomatic personnel from its embassy in Caracas as the crisis in Venezuela deepens.

“Today, all US diplomats remaining in Venezuela departed the country. I know it is a difficult moment for them,” US Secretary of State Mike Pompeo said in a statement on Thursday.

He said the US remains committed to supporting opposition leader Juan Guaido, who wants to remove Venezuelan President Nicolas Maduro and hold elections.

“US diplomats will now continue that mission from other locations where they will continue to help manage the flow of humanitarian assistance to the Venezuelan people and support the democratic actors bravely resisting tyranny,” Pompeo said.

All remaining U.S. diplomats in #Venezuela have departed for the time being. We remain firm in our support for Venezuelan people and @jguaido and look forward to returning to a free & democratic Venezuela. #EstamosUnidosVE

A convoy was seen leaving the US embassy in Caracas on Thursday morning and the American flag was no longer flying outside.

Pompeo tweeted earlier this week that the diplomats would be withdrawn because they had become a “constraint” on US policy.

The Venezuelan government disputed Pompeo’s account, saying it had instructed the US diplomats to leave.

The embassy closure is set to worsen already tattered relations with US President Donald Trump, who has not ruled out military intervention to overthrow Maduro as Washington monitors rapidly unfolding events in the oil-rich but crippled South American nation.

The US has already imposed sanctions designed to choke off Venezuelan oil sales, the lifeblood of the leftist government in Caracas.

The country began returning to normal on Thursday following a near-total weeklong blackout that the government has blamed on what it calls sabotage encouraged by the US.

Since January, the US, Canada and several European countries have called on Maduro to step down.

They and others now recognise Guaido, the leader of the country’s opposition-controlled legislative body, as Venezuela’s rightful interim president.

Maduro, however, maintains the backing of around 50 United Nations-member countries, including Russia, China and Turkey. 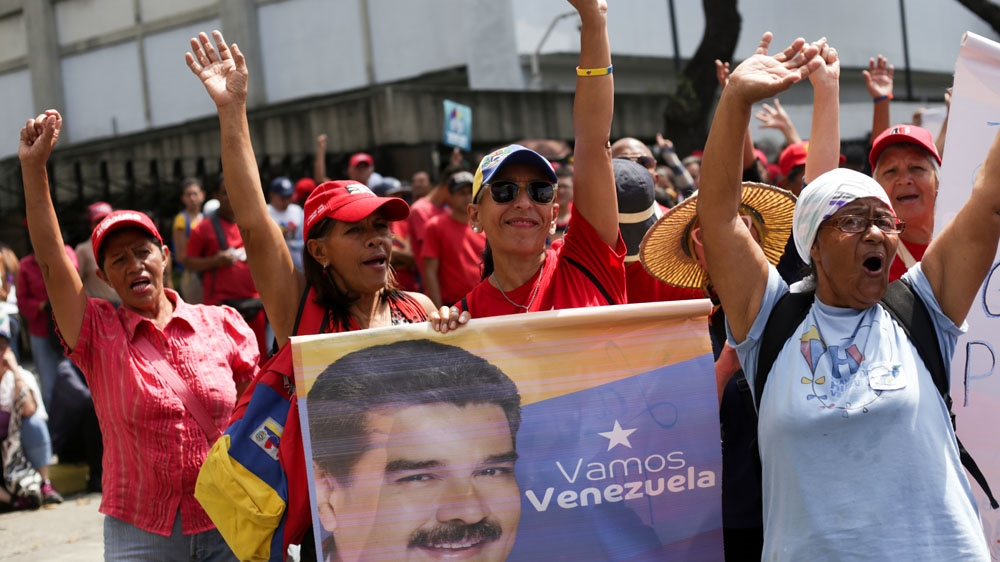