Australia announced on Monday that it was ending direct aid to the West Bank based Palestinian Authority (PA) over concerns that the funds were used to pay Palestinians convicted of politically motivated violence.

“Today, I announce that the Australian Government has discontinued funding to the World Bank’s Multi-Donor Trust Fund for the Palestinian Recovery and Development Program,” Foreign Minister Julie Bishop wrote in a statement.

Bishop explained that she had contacted the PA in late May seeking assurances that Australian funding was not being misused.

“I am confident that previous Australian funding to the PA through the World Bank has been used as intended,” she affirmed, having had previously stated that the funds were subject to a close audit and had been spent on health, education and governance – aligning with Australia’s policies.

“However, I am concerned that in providing funds for this aspect of the PA’s operations there is an opportunity for it to use its own budget to activities that Australia would never support,” she added, referring to what she previously called the “so-called Martyrs fund.”

“Any assistance provided by the Palestine Liberation Organization to those convicted of politically motivated violence is an affront to Australian values, and undermines the prospect of meaningful peace between Israel and the Palestinians,” Bishop’s statement continued.

The payments to families of Palestinian attackers are an highly controversial issue often used to criticize the Palestinian Authority internationally, including by actors in the United States and the European Union. PA President Mahmoud Abbas has defended these payments as “social responsibility”. 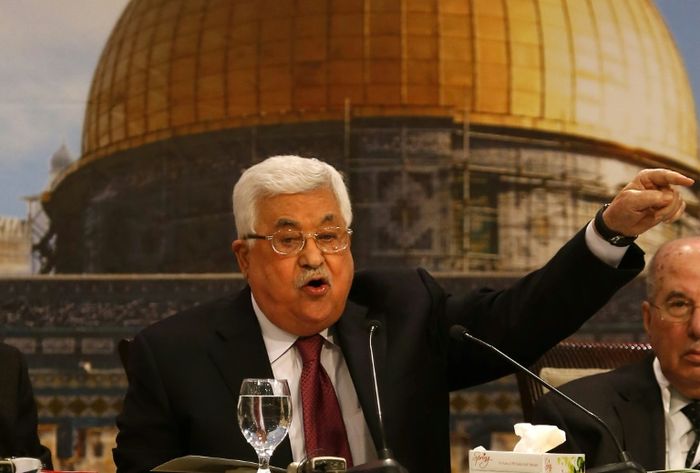 In 2017, the total budget for “prisoners’ payments” stood at $345 million, equivalent to half of the international contributions to the PA’s budget. The stipend is pegged to the length of the convicted terrorists’ prison sentences, meaning it is indirectly pegged to the severity of the crime.

The 10 million Australian dollars ($7.4 million) aid will now be redirected from to the UN Humanitarian Fund for the Palestinian Territories which supports 1.9 million “vulnerable Palestinians” with a focus on assisting access to basic services. According to the statement, this includes health care, food, water, improved sanitation and shelter.

According to the Guardian, Australia allocated $43 million for humanitarian assistance in the region which began on July 1.

On March 23 of this year, the Taylor Force Act was passed by the US Senate as part of an omnibus $1.3 trillion spending bill, stating that it would withhold a large chunk of Washington’s financial aid to the PA unless they ceased the “pay-for-slay” policies. At the same time, it protected aid funding for wastewater projects.

On Sunday, i24NEWS learned that the US had quietly frozen its aid to the Palestinian Authority pending review. The funding freeze was said to have caused a suspension of certain programs run by international agencies, the HALO Trust, which performs landmine clearance in the West Bank said it had suspended operations due to the fund freeze. The US Agency for International Development (USAID) said that funds that should have been received had not arrived.

Last year, former Australian prime minister Tony Abbott called on the government to slash the payment of “pensions to terrorists and their families” and also urged his country to follow in the footsteps of Trump’s embassy decision.

Abbott’s support for Israel which has lauded in the past as “the region’s only liberal, pluralist democracy” reflects a prevalent feeling amongst many Liberal Party members.

Australia generally, has been supportive of Israel in the international arena amid a slew of condemnation following the recent string of “Great March of Return” protests along the Gaza border that have turned violent.