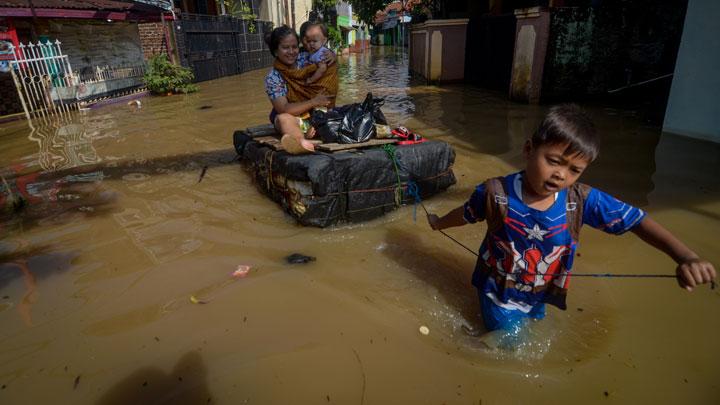 By 07.00 a.m. on Sunday, the flood-affected 11,659 families or 40,844 residents in Bandung District, Manager of the Center for Disaster Control of the West Java Provincial Disaster Mitigation Agency (BPBD) Budi Budiman Wahyu said.

Budi said the affected people have evacuated to higher grounds. The number of flood evacuees reached 364 in Dayeukolot Sub-district, 331 in Baleendah Sub-district.

Some of the evacuees are being sheltered at the office of the Dayeukolot Sub-district and the National Karate-Do Institute (Inkanas) Building in Baleendah Sub-district.

The flood followed heavy rains that fell in Bandung District and Bandung City on Saturday and caused Citarum and Cikapundung Rivers to overflow.

The flood also cut off land communication between Andir and Katapang on Sunday, forcing the BPBD to send five inflatable boats, seven fiber boats, and three aluminum boats to carry humanitarian aid including tents to the affected areas.

The BPBD has also sent logistics to flood-hit sub-districts including 35 boxes of instant noodles, 50 boxes of mineral water, 73 pieces of blanket, 50 packages of basic necessities and 59 pieces of mattress.

A nurse walking by a triage tent set up outside of the emergency room at...