An order would signal the seriousness of the coronavirus threat. 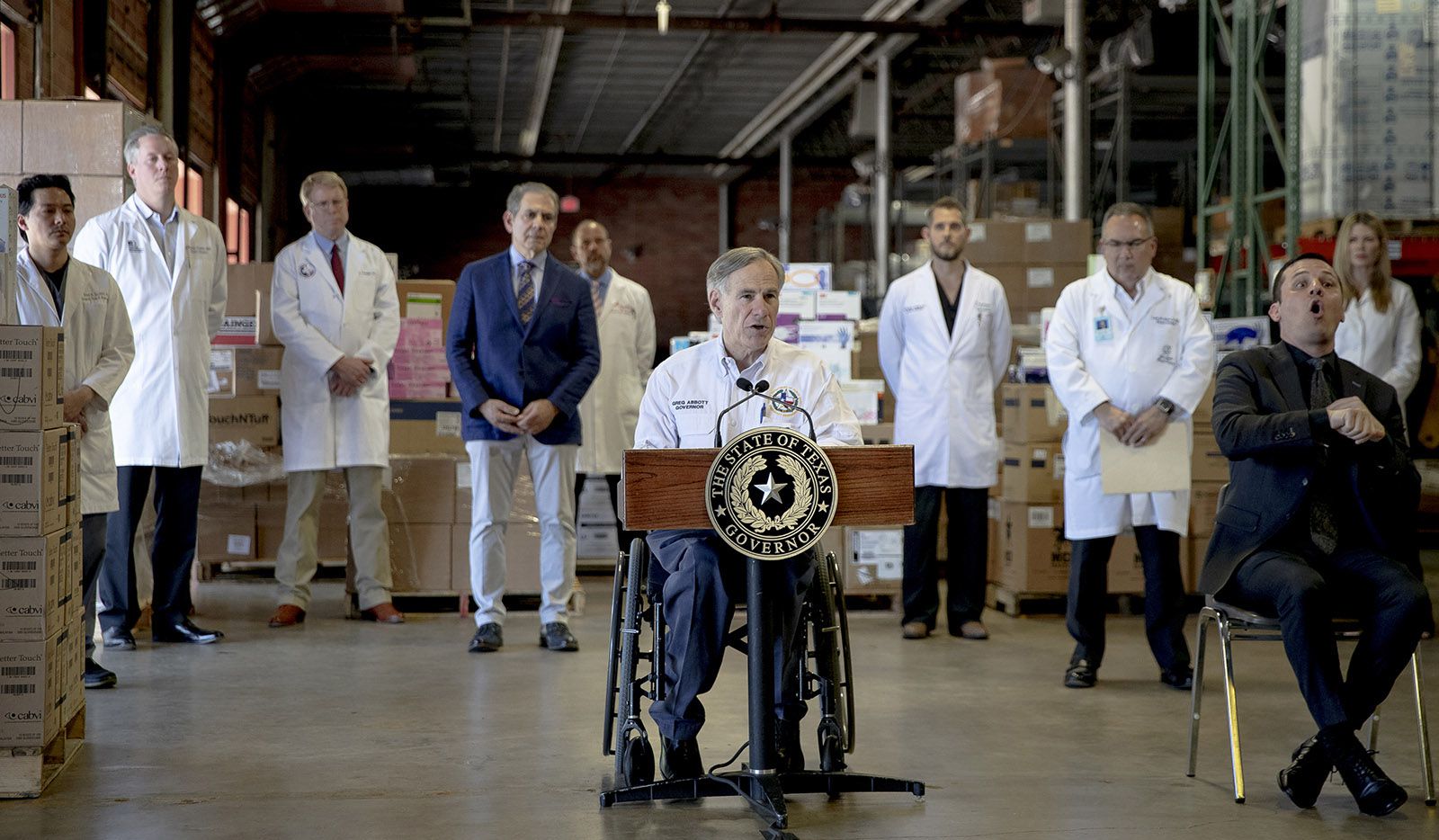 Texas Gov. Greg Abbott speaks during a press conference about the state’s response to the coronavirus on Tuesday, March 24, 2020, in Austin, Texas. (Nick Wagner / Austin American-Statesman)

In moments of crisis, it’s easy for people to give in to fear or just disregard smart thinking as they react in a frenzied, ad hoc or reckless manner. This is why it’s crucial that those entrusted with leadership roles provide steady and consistent leadership.

And to that end, we believe it’s time for Gov. Greg Abbott to issue a statewide shelter-in-place order. Doing so would send a clear message at a time when others are waffling on following medical advice that the governor and the state of Texas are continuing to make decisions to protect everyone from this virus.

Such an order would also build on three executive orders Abbott has issued on the virus. The first, on March 19, ordered no gatherings of more than 10 people, closed bars, gyms and restaurants (except for takeout) and prevented nursing home visitations.

He has also declared a state of disaster.

Earlier this week, Abbott signaled dissatisfaction with the way many Texans have responded to his order. He needs to look no farther than Barton Springs Pool in Austin, where people were gathered Wednesday in droves.

“It’s clear to me that we may not be achieving the level of compliance that is needed,” Abbott said this week.

That’s true, and its reason enough to issue a statewide order. Doing so is important to health. The more people distance, the more quickly we will get back to normal and the better off those who need treatment will be.

It is also important to ensure everyone understands the seriousness of this threat and to unleash the creativity of leaders in the public, business, and nonprofit communities to come with smart details that improve our ability to withstand and overcome this virus. Unfortunately, some state and national leaders and pundits are sending the wrong signals about ending the social distancing practices and therefore it is all the more crucial for the governor to take this action.

Abbott has shown good leadership in this crisis. He can do more. The time is now.