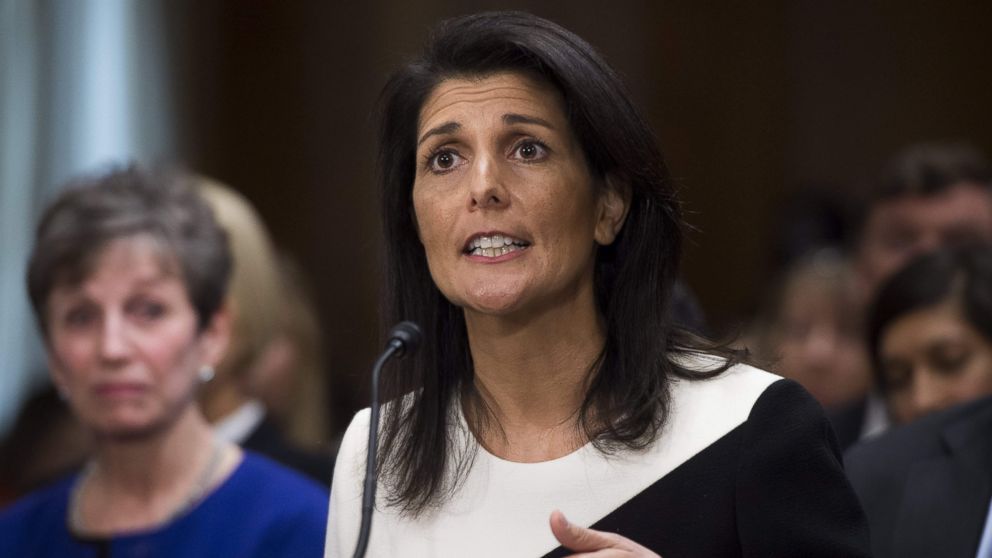 Nikki Haley, the United States ambassador to the United Nations, is set to lay out Thursday what the Trump administration claims is “irrefutable evidence that Iran has deliberately violated its international obligations and has tried and failed to cover up these violations,” her office said in a statement Wednesday.

The announcement will come as the U.N. presents a report today on the implementation of U.N. Security Council Resolution 2231, which endorsed the Iran nuclear agreement, known formally as the Joint Comprehensive Plan of Action. The resolution calls on Iran not to undertake any activity related to ballistic missiles for eight years as well.

It remains to be seen whether the Trump administration will seek to punish Iran for the alleged “violations,” but Haley’s announcement comes a month before the Jan. 13 deadline by when President Donald Trump must again certify whether or not Iran is in compliance with the nuclear deal, which was negotiated under the Obama administration, and also decide whether to extend a waiver on sanctions.

On Oct. 13, Trump announced a decision not to certify Iran’s compliance, stating, “We will not continue down a path whose predictable conclusion is more violence, more chaos, the very real threat of Iran’s nuclear breakout.”

“In the event we are not able to reach a solution working with Congress and our allies, then the agreement will be terminated,” the president warned at the time. “It is under continuous review, and our participation can be canceled by me, as president, at any time.”

Trump’s announcement triggered a 60-day period for Congress to decide whether to re-impose sanctions that were lifted under the deal. That period ended Tuesday with Congress deciding not to act.