Iran could bring itself in from the international cold without even negotiating if it stops funding its global proxies, US Secretary of State Mike Pompeo has suggested.

He told an audience in London on Thursday that the regime in Iran was in “no doubt” of what the US wanted for a rapprochement – but said there had to be an appetite for change from the regime.

British Foreign Secretary Dominic Raab warned, however, that Iranian hardliners and their Ayatollah Ali Khamenei currently lacked the political will change their outlook.

“There are also things the Iranians could just choose to do, no need to negotiate. Just do them. Like, just stop underwriting Hezbollah around the world,” said Mr. Pompeo, who described Iran as the world’s largest state sponsor of terror.

He cited the Lebanese militant group’s actions not just in the Middle East but also in South America and the West.

“It’s a global campaign underwritten by the Iranians. Stop fomenting terrorism in Afghanistan, stop providing Iraqi Shia militias with high-end weapons systems that can launch missiles into five percent of the world’s global energy supply. Stop taking ships of the seas of the Strait of Hormuz,” Mr. Pompeo told an audience at the London think tank Policy Exchange.

Joined Foreign Secretary @DominicRaab for a positive and candid discussion at @Policy_Exchange in London. We had a fantastic exchange of ideas – it’s these dynamic conversations that make our bilateral and people-to-people relationship so strong. 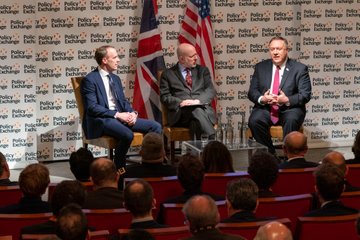 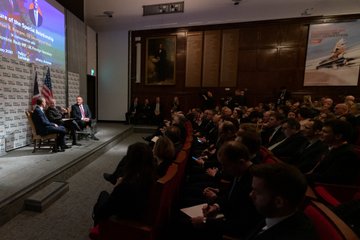 Tensions are particularly high in the Middle East after the killing of Iranian general Qassem Suleimani by the US in Baghdad earlier this month.

The British government and the administration of US President Donald Trump have diverged at times on their approach to Iran although Mr. Pompeo and Mr. Raab said the two countries had the same end goal.

Mr. Trump withdrew the US from the 2015 nuclear deal with Iran, enacted to limit its nuclear capacity and renewed sanctions on Tehran.

Iran has in return begun enriching uranium beyond limits set out in the 2015 accord. As a result, earlier this month Britain, France and Germany, also known as the E3, triggered a process that could lead to UN sanctions on Iran.

Mr. Raab said the E3 aimed to bring Iran back to complying with the deal and international law but added: “We want to say to Iran, ‘we’re calling you out’.”

He said that Britain is open to a new, wider agreement with Iran that deals with the nuclear issue but also other subjects including its support for proxies and its “appalling” treatment of dual-nationals.

“This comes down to a decision by the regime in Tehran. Does it want to take the steps to respect international law and to come back into the community of nations? We can’t make that choice for the regime in Tehran – what we can do is hold them to account every step of the way,” Mr. Raab added.

Good meeting with @SecPompeo covering the many future opportunities for the

. We discussed the US Middle East peace plan, Iran & other shared priorities. I underlined our continued commitment to justice for Harry Dunn and his family. 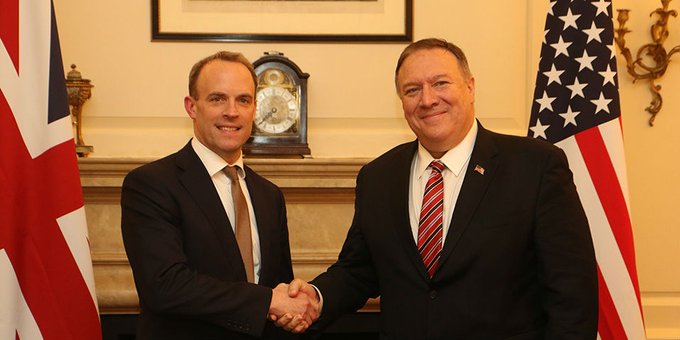 “Until Iran is willing and the hardliners around the regime and the supreme leader are willing to make that choice, it’s merely an offer to from one side.”

Mr. Pompeo, who is set to hold talks with Prime Minister Boris Johnson later on Thursday, said sanctions on Iran had put great pressure on its economy and limited its ability to “harm people”.

“We think denying them money and wealth is the right way to go to force them to make difficult decisions,” he said.