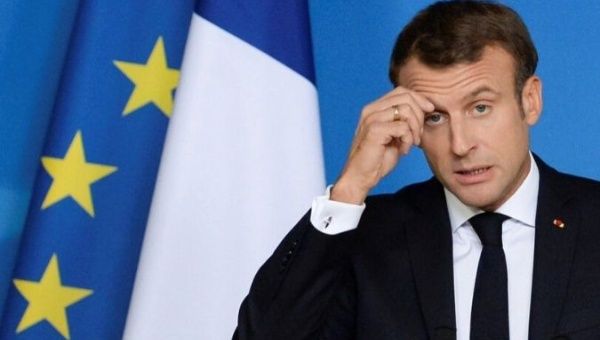 French President Emmanuel Macron has warned European countries that they no longer can rely on the U.S. to defend NATO allies. | Photo: Reuters

The French president said that Washington “is turning its back” on its European allies.

French President Emmanuel Macron questioned Thursday the United States’ commitment with the North Atlantic Treaty Organization in an interview with the British magazine The Economist, saying Washington’s lack of will to defend its allies has put Europe “on the edge of a precipice.”

“What we are currently experiencing is NATO’s brain death,” he said warning European countries that they can no longer rely on America to defend its allies. In addition, the French leader noted that the U.S.-led military bloc “only works if the guarantor of last resort functions as such.”

“I would say that we should reevaluate the reality of what NATO is in the light of the United States commitment,” Macron suggested.

The French head of state warned that “[Washington] is turning its back on us,” as he remembered the sudden decision of U.S. President Donald Trump to withdraw troops from northeastern Syria last month without consulting with his allies.

This decision took NATO’s main European powers by surprise (France, the United Kingdom, and Germany) and paved the way for Turkey, another member of the Alliance, to launch its cross-border military operation against Kurdish forces in Syria.

It is high time for Europe to “wake up”, according to Emmanuel Macron. Read an astonishingly candid interview with France’s president https://econ.st/2WQ6gNX 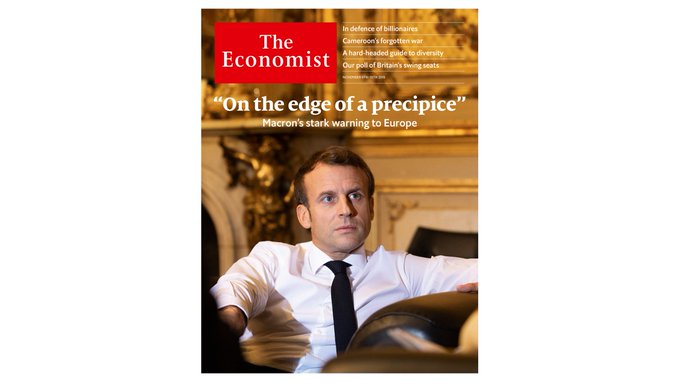 When asked if he still believed in the concept of “collective defense,” stipulated in Article 5 of the founding treaty of NATO – which provides that the attack against an ally be considered as an attack against all of them – Macron wasn’t confident of what that could mean in the near future.

Macron defended that the time has come for Europe to start acting as an independent geopolitical power. In his opinion, this must begin with the recovery of “military sovereignty” and with the resumption of dialogue with Russia.