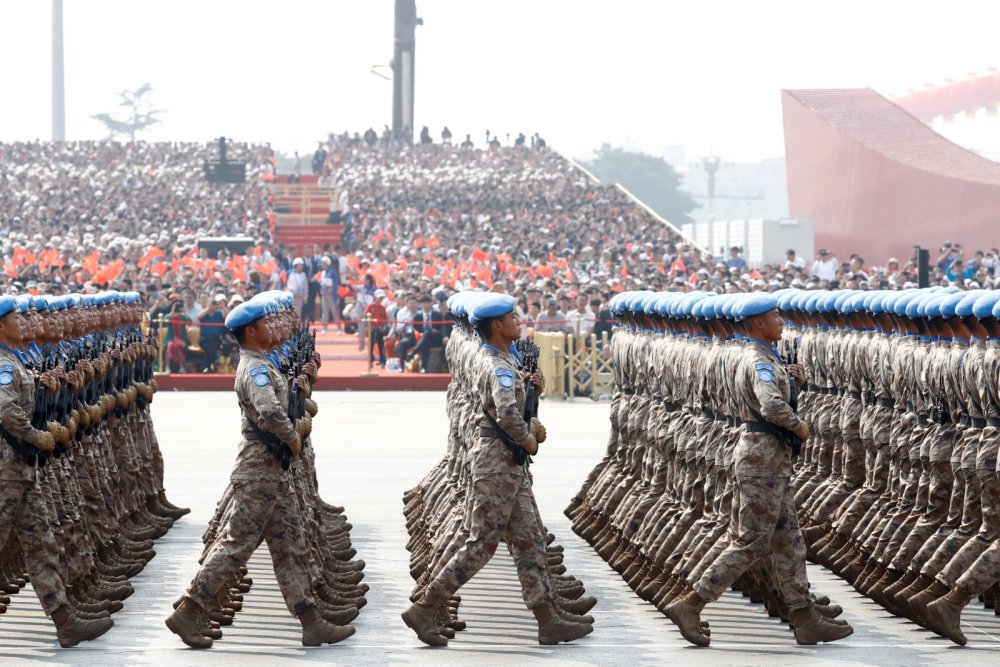 Key Point: China only has so much patience, and won’t let the entire peninsula fall into American hands.

North Korea is both a blessing and a curse for China. The Democratic People’s Republic of Korea is an independent state that is openly hostile to the United States and other regional powers. Pyongyang’s military is a deterrent to attack without posing a direct threat to China. As a result, nearly a thousand miles of China’s borders are occupied by a regime that finances its own defense and will never fall willingly within the U.S. sphere of influence.

The situation is far from perfect. While North Korea has traditionally been a Chinese client state, ties between the two countries have deteriorated in recent years. Pyongyang’s fiery anti-American rhetoric and nuclear weapons program have provoked the United States, making North Korea a major point of contention between Washington and Beijing. The country’s flagrant violation of international norms have tested Beijing’s patience.

There are persistent rumors that Beijing has long prepared to intervene in North Korea, whether in the aftermath of a government collapse or should the country’s leadership make credible threats against China. No one outside of Beijing knows what those preparations might be, but we can outline some scenarios. One thing seems reasonably certain, however: if China goes into North Korea, the presiding regime, whether of Kim Jong-un or someone else, will not survive.

One possible scenario is a military incursion into North Korea in response to regime collapse. An imploding economy, military coup, or Syria-like rebellion could all cause the regime to fold, and it will likely fold quickly. When it does, the national food distribution system will likely fail, causing refugees to flee the country. Given that the border with South Korea is notoriously fortified and the Russian border is relatively far and remote, the least difficult border to cross is into China.

Beijing, obsessed with internal stability, would almost certainly not tolerate millions of refugees crossing into northern China. From a Chinese perspective, it would be far better for those refugees to stay in North Korea. In the event of regime collapse, we could see the three People’s Liberation Army (PLA) armies in the country’s Northern Theater Command move south. One option is to create a buffer zone in North Korea, but that would not solve the problem of political and economic instability. If the PLA does move South, it would likely go all the way to Pyongyang in order to establish a puppet government and reestablish some level of stability.

The most likely scenario is that China launches an all-out invasion to topple the existing regime. Of the sixteen armored, mechanized, infantry and artillery corps that make up the Korea People’s Army (KPA), only two are deployed along the Sino-Korean border. Three more corps are stationed in and around Pyongyang. Nearly 70 percent of the KPA is south of the Pyongyang/Wonsan line, sited to support a cross-border attack against South Korea.

China’s Northern Theater Command ground forces consist of the 78th, 79th, and 80th Armies. These armies are what would be considered corps in the U.S. Army, collectively controlling eighteen combined arms brigades supported by three special operations, three aviation, three artillery, and three engineering brigades. This gives the PLA a powerful force equivalent, at least on paper, to roughly five or six U.S. combat divisions. Supported by the two air attack divisions of the Chinese Air Force assigned to the Northern Command, the three PLA armies could quickly cross the border and march south into the KPA’s strategic rear.

To what extent would the KPA resist an invasion? It depends. If the regime in Pyongyang is still in place, it China could face considerable resistance. A lack of fuel reserves, dictated by China, would likely strand many of the remaining fourteen army corps in place, rendering them unable to resist a Chinese invasion. If the government collapses the KPA could become part of the hungry, leaderless masses—masses with weapons. Ideally, Beijing would cultivate ties with the KPA leadership before a move South and persuade it to not resist and maintain order.

It’s difficult to foretell how well the PLA would do in wartime. The last time the Chinese Army engaged in such large scale combat was the Sino-Vietnamese War of 1979. Using inferior, outdated tactics, China’s ground forces suffered heavy casualties against their battle-hardened Vietnamese opponents, and Chinese leader Deng Xiaoping vowed never to repeat such a costly war. It is unlikely that Beijing would order the attack if it did not have full confidence in the PLA to carry it out without embarrassing failure.

The PLA of today, however, is a completely different beast. While the PLA lacks the institutional skill of the battle-tested U.S. Army, it is certainly better than the Korean People’s Army. The army has modernized both its equipment and military doctrine—Xi Jinping’s repeated calls to be “combat ready”, often interpreted as outwardly aggressive, are more likely to be exhortations toward general readiness and against corruption in the ranks. A recent and pervasive emphasis on high speed, mechanized warfare will pay the PLA dividends in a drive on Pyongyang.

The most dangerous aspect of a Chinese invasion of North Korea is if it is launched concurrent with a U.S. and South Korean assault northward from the demilitarized zone. While the U.S. and South Korea would operate with the same objectives in mind, they would likely be very different from China’s. The possibility of fighting breaking out between those armies marching north and those marching south would be very real.

Barring a total collapse of the Pyongyang regime, China is unlikely to invade North Korea any time soon. The economic, political, and military costs outweigh the benefits—at least for now. That having been said, if the calculus changes China maintains the forces, just over the border, to decisively intervene in its smaller neighbor. Whether China, South Korea, or anyone is ready for the outcome is a very good question.

Kyle Mizokami is a defense and national-security writer based in San Francisco who has appeared in the Diplomat, Foreign Policy, War is Boring and the Daily Beast. In 2009, he cofounded the defense and security blog Japan Security Watch. You can follow him on Twitter: @KyleMizokami. This first appeared years ago.