The Liberals have applied an ideological purity test to their applications for summer job grants. 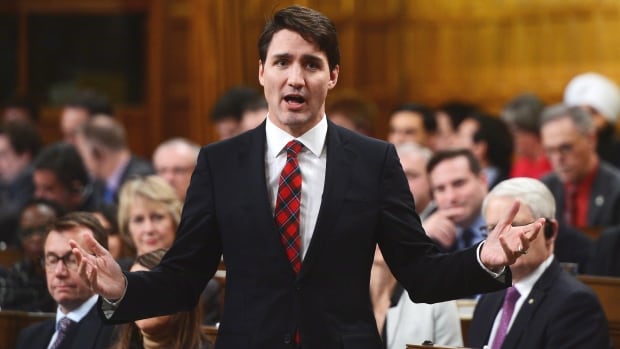 Under the new rules for the summer jobs grants program, applicants must agree — by marking a box on an electronic form — that they respect charter rights, including “women’s reproductive rights.” (Sean Kilpatrick/Canadian Press)

Thousands of years ago, before Christians could practice their faith legally, they often faced persecution from the Roman government. If captured, however, a suspected Christian could avoid punishment by performing a simple sacrifice dedicated to the emperor.

To stay on the authority’s good side, some Christians crossed their fingers (a concealed symbol of their true allegiance to Jesus) and complied with the government’s request. They rationalized that a coerced physical action didn’t compromise their true belief.

Most early Christians disagreed with that position. They felt “truth” had “set them free.” They would not betray the truth.

Today Christians in Canada, especially those ascribing to a more traditional faith, are being asked to cross their fingers and comply with a government decree. In this contemporary case, though, it’s a bit of money — not their lives — hanging in the balance.

It sounds innocuous enough: Trudeau’s Liberals have made changes to the youth summer jobs program, which provides grant money to various employers to hire students. The changes, announced in December, got little media attention until now.

Under the new rules, applicants must agree — by marking a box on an electronic form — that they respect charter rights, including “women’s rights and women’s reproductive rights.” The office of the employment minister has said without the confirmation, an organization will not receive funding.

Religious organizations — churches, youth camps, aid groups and so forth — that hire students to assist them over the summer are frustrated. That’s because many, especially conservative Protestant and Catholic organizations, believe a child in the womb is as valuable as a child born, and they see abortion as immoral. To give assent to abortion, even via a check mark on a government form, betrays their values and conscience. 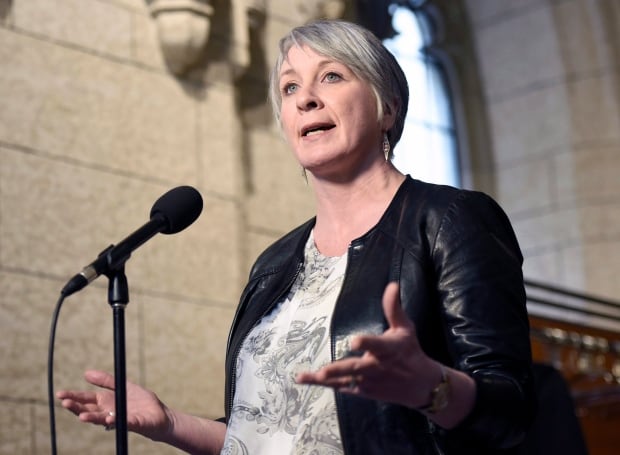 Employment Minister Patty Hajdu has said without the online confirmation, an organization will not receive funding. (Justin Tang/Canadian Press)

Late last week, in an effort to suppress a burgeoning controversy, both Prime Minister Justin Trudeau and Employment Minister Patty Hajdu said that the changes were not meant to affect all Christian organizations, but rather, only those whose “core mandate” was one of suppression of abortion rights.

The implication was thus that other religious groups should simply check the box, knowing it was not meant to target them.

This “solution,” however, shows a complete lack of awareness of what it means to be ethical. Here, the Liberals are advocating regular Canadians mimic their practice of equivocation and mutable morality, which we’ve seen in their about-face on electoral reform, as well as the prime minister’s own ethical breaches.

That Trudeau and his team are apparently so at ease encouraging conservative Christians and other religious Canadians to betray their conscience should cause many across the country great unease. Even those who are solidly pro-choice will appreciate the dangers inherent in that precedent.

Another aspect of the Liberals’ reasoning should give the public even greater cause for concern.

When asked to justify holding back grant money from organizations they deem too dedicated to a pro-life position, the Liberals have implied that to give such groups funding would violate the charter and, thus, Canadian law.

Hajdu explained: “Our ministry believes in the Charter of Rights and Freedoms and these are fundamental expectations of Canadians, and we stand up for those rights — and we [will] ensure that the money that we disperse on behalf of Canadians is not used in a way that violates those hard-won rights.”

But here’s the thing: there are no rights being violated here.

No right to abortion

Hajdu’s nod to “hard-won rights” is a reference to the Supreme Court’s landmark 1988 Morgentaler decision. But that decision didn’t recognize a constitutional right to abortion under the Charter. While it did nullify Canada’s existing abortion law, the Court left it to Parliament to come up with new legislation that would balance the rights of women with the state’s interest in the protection of the fetus, within the bounds of the charter.

Indeed, commenting at the time of the decision, law professor Daphne Gilbert wrote, “The Morgentaler decision didn’t say a woman has a constitutional right to abortion, it didn’t go that far.”

Canada is the only Western nation without any law regulating abortion. Successive governments have avoided crafting such legislation for fear of dividing the country, but the Liberals have discovered an easier solution: simply make people believe that a law already exists. (One, incidentally, that just happens to match Liberal ideology exactly).

Conservative Christians and those of other faiths supporting pro-life positions should not be subjected to an ideological purity test to qualify for federal funding. The beliefs they hold about abortion are completely within the bounds of the law and can be voiced upon and advocated for freely and publicly. Even organizations that are solely dedicated to opposing abortion contravene no law.

Their only “crime” is that their values don’t align with those of our prime minister. It’s ironic that Trudeau insists Canadians support “diversity and inclusion,” when he himself does not.

Clearly, the Liberals are letting a particular worldview, and not the law, influence their actions. The danger here is that if a government can pretend a law into existence, it can pretend others out of existence.

We’ve seen this before. Hail to the emperor.

This column is part of CBC’s Opinion section. For more information about this section, please read this editor’s blog and our FAQ.