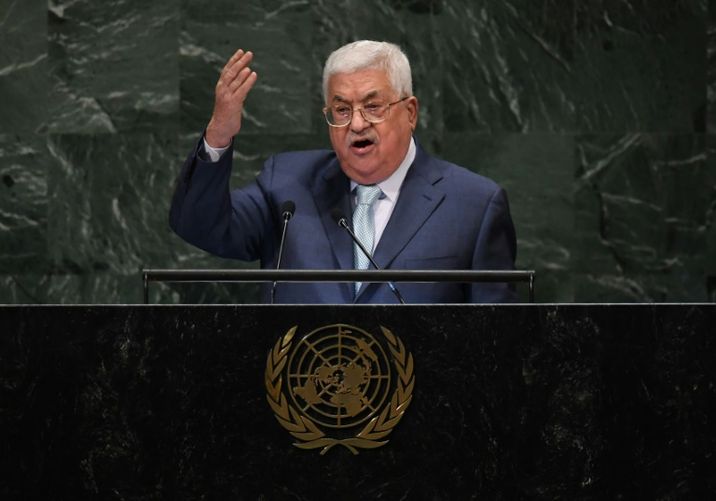 Speaking a day after Donald Trump said he would unveil a new Mideast peace plan within months, Palestinian President Mahmud Abbas said the US president could not be regarded as a neutral brokerTIMOTHY A. CLARY (AFP)

The Palestinians will launch a bid to become a full member of the United Nations even though such a move will be blocked by the United States, the Palestinian foreign minister said Tuesday.

In 2012 the UN overwhelmingly granted ‘Palestine’ non-state observer status through a vote in the General Assembly despite a fierce diplomatic campaign mounted by Israel.

The move enabled the Palestinians to join international organizations and the International Criminal Court, though they did not become a full UN member state.

Palestinian statehood is recognized by more than 130 countries alongside bodies such as Interpol, the International Criminal Court, UNESCO, and now the OPCW.

However, an upgrade to full membership would require backing from the Security Council — an unlikely outcome, given the near-certainty of a US veto. Several attempts in the past have been blocked by Washington.

“We know that we are going to face a US veto but that won’t prevent us from presenting our application” for full UN membership, Palestinian foreign minister Riyad al-Maliki told journalists.

The Palestinians will begin lobbying Security Council members with a view to presenting the application for UN membership in “a few weeks,” said Maliki.

The Palestinians presented a request for UN membership in 2011, but the application never came before the Security Council for a vote. 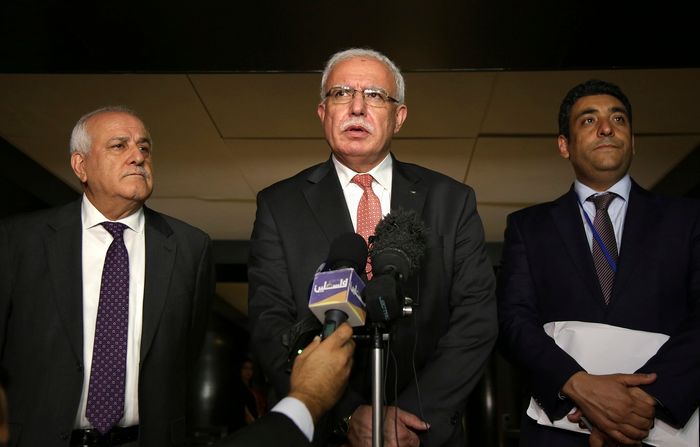 Palestinian president Mahmoud Abbas addressed a ceremony at the United Nations marking the start of the Palestinian chair of the Group of 77 and China, raising their profile by leading the biggest UN bloc of developing countries.

Abbas charged that Israel was hampering development in the Middle East and renewed his commitment to a two-state solution.

“Israel’s continued colonization and occupation of the state of Palestine undermines our development and capacity for cooperation, coordination and obstructs the cohesive future development of all peoples of the region,” Abbas told the gathering.

The Palestinian leader said he was committed to a “peaceful solution that brings an end to the occupation and the realization of the independence of the state of Palestine with East Jerusalem as its capital, living side-by-side in peace and security with the state of Israel.”

Palestine, won the presidency of G77 in a vote in October, with 146 countries voting in favor, three opposed (the United States, Israel and Australia), and 15 abstaining.

Founded on June 15 1964 by the “Joint Declaration of the Seventy-Seven Countries”, G77 is now a coalition of 134 developing nations whose aim is to enhance common economic interests.

“We will do all we can, under President Mahmoud Abbas’ leadership, to make our presidency over the Group of 77 and China in 2019 a success to win the world’s confidence and respect for Palestine, its officials and leadership,” Riyad Mansour told Wafa news agency on Sunday before departing for New York.