Two days after US VP Mike Pence says Trump ‘actively considering when and how’ to fulfil his campaign pledge of moving the American Embassy from Tel Aviv to Jerusalem, reports surface that the US president is considering announcing his recognition of Jerusalem as Israel’s capital as an interim.

US President Donald Trump is reportedly planning to announce in the coming days that the United States recognizes Jerusalem as the capital of Israel, and is giving serious thought on how to fulfil his election campaign pledge to move the US Embassy from Tel Aviv to Jerusalem.

According to fresh information in Israel, Trump is giving greater thought to the idea due to domestic political considerations, primarily stemming from reinvigorated pressure by the Republican party and Evangelical Christians.

To that end, Trump and his staff are considering how to avoid signing for a second time the waiver that would leave the embassy in Tel Aviv. 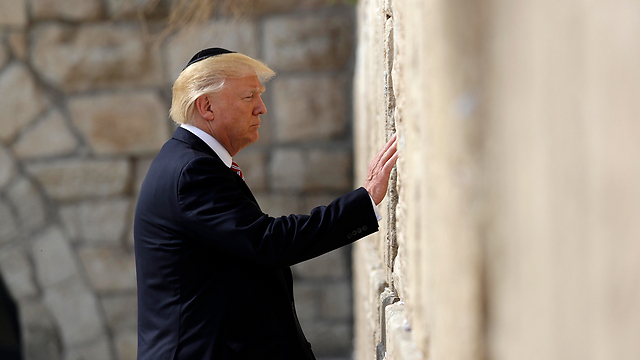 Presidents of both the Republican and Democratic parties have renewed the waiver every six months for years, enabling them to bypass a law that requires that washington order its Israeli embassy be moved from Tel Aviv to Jerusalem.

Trump promised during his election campaign that he would move the US embassy “to the eternal capital of the Jewish people, Jerusalem.”

While hopes in Israel have so far been dashed that a US president would finally fulfil the embassy pledge, Trump has taken a number of steps that have constituted a departure from previous administration.

Most notably, in May Trump arrived at the Western Wall in Jerusalem, becoming the first sitting US president to visit the ancient Jewish holy site.

Close Trump associates have reportedly recommended that he make the announcement of transferring the embassy in the near future. 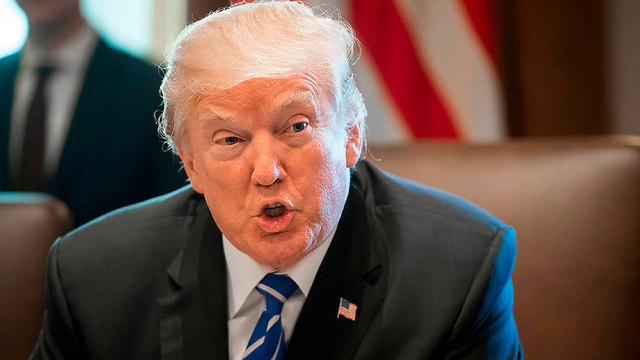 In the interim, one of the ideas currently being mooted is to recognize Jerusalem as Israel’s capital as a gesture for Israel’s 70th independence celebrations as a first step toward the administration’s announcement of its peace initiative between Israel and the Palestinians.

Hopes were raised in Israel this week when US Vice President Mike Pence said on Tuesday that Trump is actively considering “when and how” to move the US embassy from Tel Aviv to Jerusalem.

“President Trump is actively considering when and how to move the American Embassy from Tel Aviv to Jerusalem,” stated Pence, after receiving a standing ovation from the crowd.

Officials in Jerusalem say that the Americans are currently examining the ramifications of the recognition.

American intelligence circles may caution Trump against the move, warning of the security-related ramifications that could ensue and danger that it could pose to American embassies around the world.

Rumors of Trump’s planned announcement were met with warnings from Jordan’s King Abdullah II, who said during a visit to the US that “the transfer of the American embassy to Jerusalem at this stage will have repercussions in the Palestinian, Arab and Islamic scene.”

He also added that it would “endanger the two-state solution and could be potentially exploited by terrorists to stoke anger, frustration, and desperation in order to spread their ideologies.”