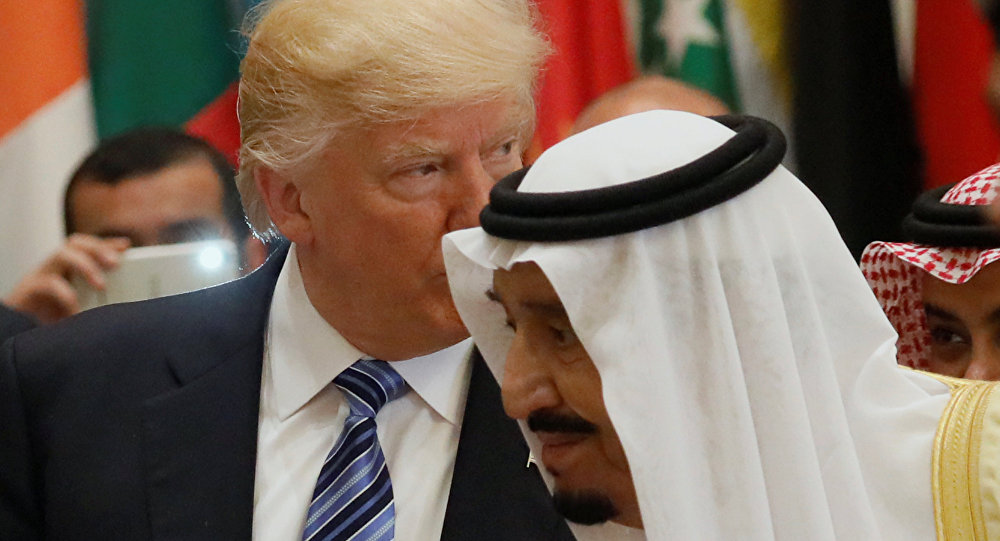 Saudi Arabia has reportedly given a private guarantee to its Arab allies that it will not endorse a US’ Mideast peace plan that doesn’t address Jerusalem’s status or Palestinian refugees’ right to return.

According to Haaretz, citing two senior diplomats, Saudi King Salman told the Trump administration that Riyadh wouldn’t support its plan for Israeli-Palestinian peace if it didn’t include a Palestinian capital in East Jerusalem.

“They told the administration, ‘what we could do for you before Jerusalem, we won’t be able to do now’,” a diplomatic source told Haaretz, referring to the US’ recognition of Jerusalem as the capital of Israel and the relocation of its embassy from Tel Aviv.

Over the weekend, Reuters reported that King Salman had reassured the Palestinian Authority President Mahmoud Abbas of his support. The Palestinian ambassador to Riyadh, Basem Al-Agha, was cited as saying that the king told Abbas, “We will not abandon you… We accept what you accept and we reject what you reject.” 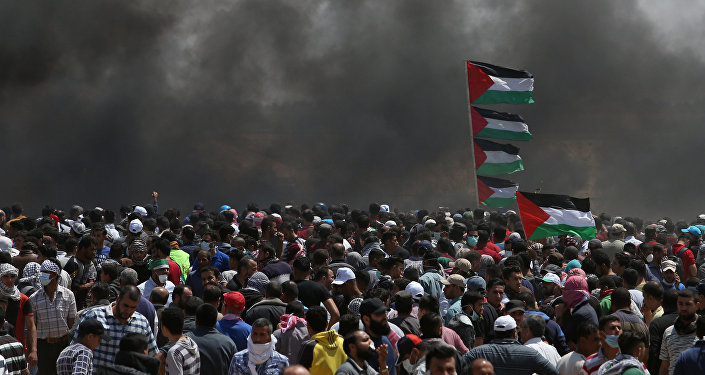 Pompeo Met Top Palestinian Official as US Braces for ‘Ultimate Deal’ – Reports
Al-Agha also told Reuters that King Salman sent a clear message that the status of Jerusalem and Palestinian refugees’ right to return to their homeland were back on the table when he named the 2018 Arab League conference “The Jerusalem Summit” and announced $200 million in aid for Palestinians.

The Saudi authorities have yet to comment on the reports.

The new Saudi approach to the Mideast plan contradicts previous media reports over the past year that Riyadh has been voicing a willingness and readiness to endorse the Trump administration’s “deal of the century,” promoted by the president’s senior adviser Jared Kushner and envoy to the Middle East Jason Greenblatt, even if it was unacceptable to the Palestinians.

In June, Israel’s Hayom daily reported that Saudi Arabia, the United Arab Emirates, Egypt and Jordan had given the green light to the US plan regardless of the PA’s boycott and rejection of Washington’s mediation role in the wake of Trump’s decision to recognize Jerusalem as Israel’s capital.

At the same time, Kushner claimed that the peace plan would be revealed “soon,” adding that he was ready to cooperate with Abbas to work out the deal.

“If President Abbas is ready to go back to the negotiating table, then we are ready to participate in the discussion, but it that’s not the case, then we are going to make the plan public,” he said, adding that the PA’s president was “scared we will release our peace plan and the Palestinian people will actually like it.”

Israeli intelligence website DEBKAfile suggested in May that the US-devised plan would give the Palestinians limited sovereignty over about half of the Israel-occupied West Bank and pronounce the village of Abu Dis, east of Jerusalem, as their capital. Throughout history, Palestinians have considered East Jerusalem as the capital of their future state.

According to a June report by Haaretz, a group of Arab nations warned Washington against unveiling the peace plan, saying that it could engender yet more turmoil in the region.

“If the administration presents a plan without Jerusalem and without the refugees it will be an earthquake whose repercussions will undermine stability in the entire region and no one is ready for that,” the outlet reported, citing a source familiar with the situation.

In December 2017, Donald Trump announced his decision to recognize Jerusalem as the capital of Israel and move the US diplomatic premises to the city, sparking a new wave of violence on the Israel-Gaza border. His move received a fierce backlash from most Muslim nations, as well as countries, backing a two-state solution to the conflict.