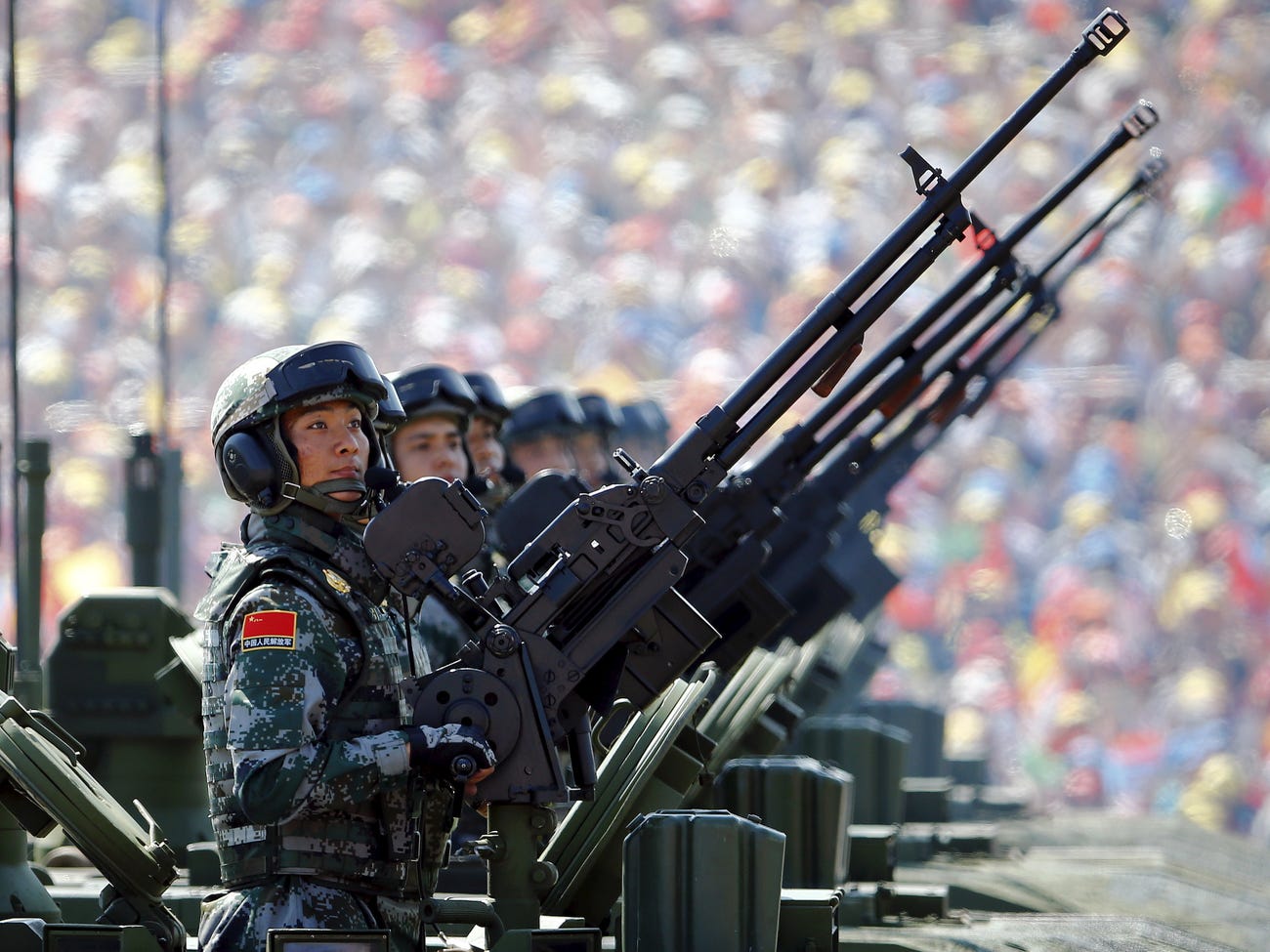 Soldiers of the People’s Liberation Army (PLA) of China arrive on their armoured vehicles at Tiananmen Square during the military parade marking the 70th anniversary of the end of World War Two, in Beijing, China, September 3, 2015 Reuters

The US is locked in an escalating face-off with top rivals Russia and China. But head-to-head comparisons of military strength are hard to come by — which is what makes the Global Firepower annual rankings so noteworthy.

Their 2019 Military Strength Ranking draws on more than 55 factors to assign a Power Index score to 137 countries — adding Moldova this year. (Global Firepower appears to have changed its methodology from that of previous lists the 2019, yielding different index numbers.)

The ranking assesses the diversity of each country’s weapons and pays particular attention to their available manpower. Geography, logistical capacity, available natural resources, and the status of local industry are also considered.

Recognized nuclear powers receive a bonus, but their nuclear stockpiles are not factored into the score. Landlocked countries are not docked for lacking a navy, but countries with navies are penalized if their fleets lack diversity. (Helicopter carriers are included alongside traditional fleet carriers in Global Firepower’s ranking.)

NATO countries get a slight bonus because the alliance theoretically shares resources, but in general, a country’s current political and military leadership was not considered (though financial health and stability are).

The top power index score is 0.0000, which is “realistically unattainable,” according to Global Firepower. The closer they are to this number, the more powerful their military is.

Per these criteria, these are the 25 most powerful militaries in the world:

Total naval assets:  352; one aircraft carrier out of service indefinitely