Alarms go off nationwide at 11:05 a.m. and 7:05 p.m. as part of Home Front Command exercise; public told to enter bomb shelters during drill 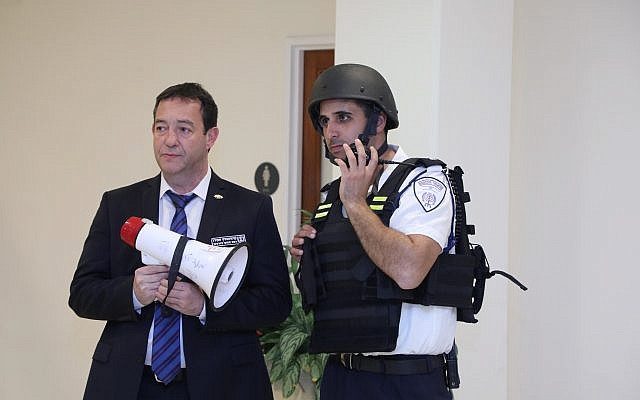 Warning sirens blared throughout Israel twice on Tuesday as part of a nationwide military drill testing emergency preparedness, giving Israeli citizens a chance to prepare both at work and school and then later in their homes.

The exercise, which began Sunday, is being led by the Israel Defense Force’s General Staff. It also includes a national drill by the Home Front Command, known as “Solid Stand.”

As part of the Home Front Command drill, the incoming rocket sirens sounded at 11:05 a.m. and again at 7:05 p.m. In addition to the sirens, alerts were broadcast on television, websites and the Home Front Command’s application, as well as in special beepers for people with hearing disabilities.

In the case of an actual rocket attack during the drill, the sirens would sound twice.

The army said the public should enter designated bomb shelters when the sirens sound. 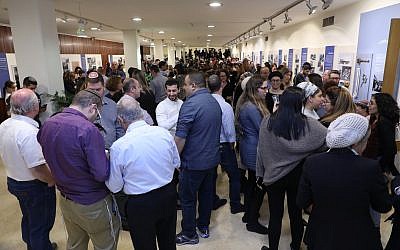 “The goal of setting off the alarms is to practice the general public having to enter bomb shelters in their workplaces and homes, as well as to check that the national siren system is in working order,” the IDF said in a statement.

The internal General Staff exercise is meant to improve communication between units of the army during war-time. Meanwhile, the Home Front Command exercise will test not only the army’s search and rescue units, but also the ability of local governments and civilian emergency services to work together in times of crisis, the army said. 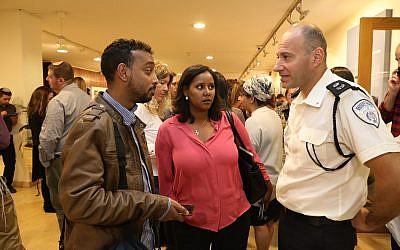 The IDF stressed that the drill was not connected to any specific security situation, nor was it related to the ongoing Juniper Cobra missile defense exercise that the army is currently conducting with the United States.

Times of Israel staff contributed to this report.