CINCINNATI – Brace yourselves. Winter is coming.

A powerful Arctic cold front will bring the coldest temperatures of the season next week to most of the United States, breaking dozens of November records in the central, southern and eastern parts of the country.

A blast of cold air will arrive in the central and eastern U.S. early next week, according to the Weather Channel. The cold front will sweep through the Northern Plains and upper Midwest on Sunday, into the Southern Plains and Ohio Valley on Monday, and then through the East Coast and Deep South on Tuesday.

The National Weather Service is forecasting about 190 potential daily record cold high temperatures between Monday and Wednesday, according to the Weather Channel. 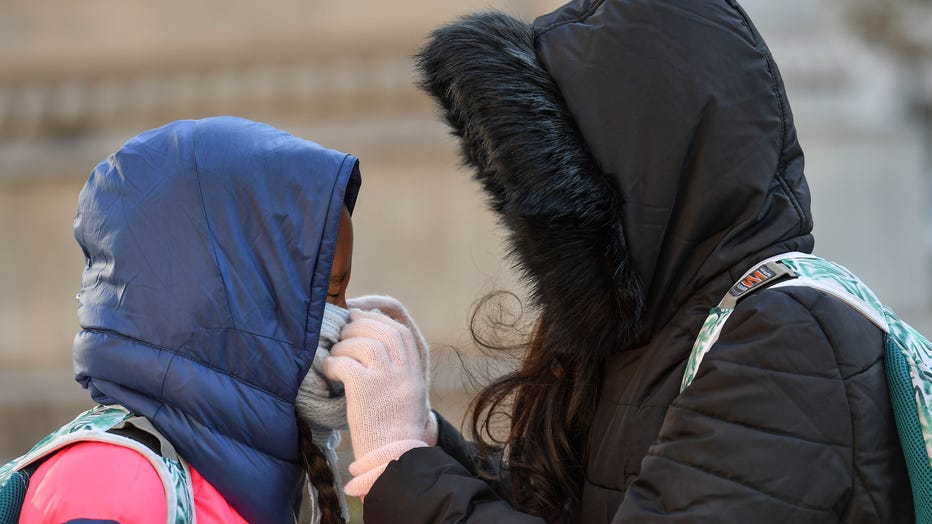 Jonathan Erdman, a Weather Channel meteorologist, described the temperatures as “a little taste of January in November.”

Meteorologists said highs in the teens may be widespread in the Northern Plains by Monday, and temperatures may struggle to rise out of the 20s for highs as far south as the mid-Mississippi Valley and the Central Plains.

Tuesday’s highs could be the coldest on record for Nov. 12 over a widespread area, from the interior Northeast and Great Lakes into the Ohio Valley and lower Mississippi Valley. The highs could be below freezing as far south as Tennessee, and in the 40s as far south as the northern Gulf Coast, including Houston and New Orleans, the Weather Channel said.

The Florida Panhandle may see lows in the 30s on Wednesday and Thursday morning, according to the outlet.

Temperatures that are well below normal will plunge into much of the nation beginning Sunday in the Northern Plains, and pushing all the way into Florida by mid-week.

Many will see rapid drops in readings. Check http://weather.gov  so you’re not caught by surprise! 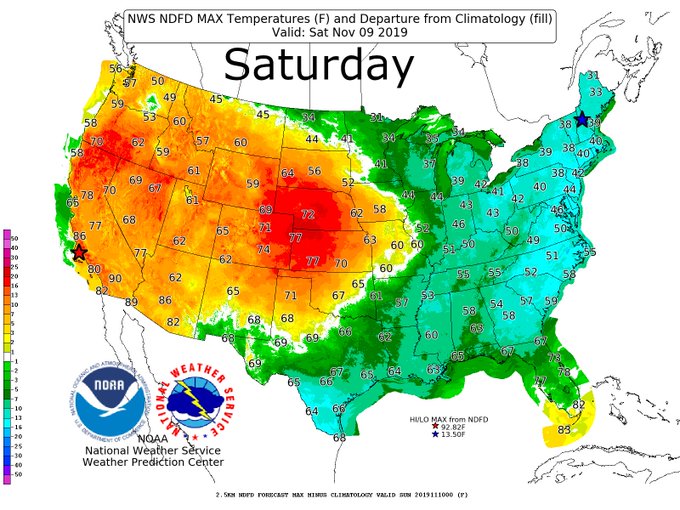