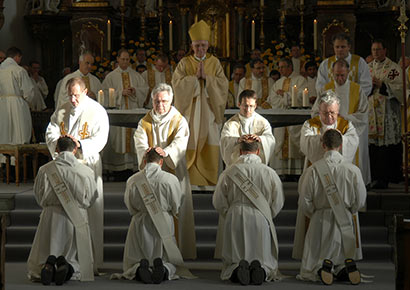 In a stunning expose of the Catholic Church’s hypocrisy, the author of a new book has found that the vast majority of Vatican priests are gay.

In the Closet of the Vatican was written by respected French sociologist and journalist Frédéric Martel and is based on four years’ of research and hundreds of interviews with cardinals, bishops, priests and other officials.

According to Martel’s book, around 80% of clerics working in the Vatican are gay – although they may not necessarily be sexually active – and subscribe to a code of the “closet”, reports Catholic website The Tablet.

Publisher Bloomsbury’s description of the book on Amazon states that it exposes “a system founded on a clerical culture of secrecy which starts in junior seminaries and continues right up to the Vatican itself.”

“It is based on the double lives of priests and on extreme homophobia. The resulting schizophrenia in the Church is hard to fathom. But the more a prelate is homophobic, the more likely it is that he is himself gay.”

The blurb adds: “No one can claim to really understand the Catholic Church today until they have read this book. It reveals a truth that is extraordinary and disturbing.”

In the Closet of the Vatican will be released in 20 countries next week to coincide with a major Vatican conference on sexual abuse.

Martel (PhD) is an openly gay writer and researcher. He is also a journalist at National Public Radio and the author of ten books, which have been translated and published in more than 25 countries.

According to official Catholic policy, gay sexuality is defined as “acts of grave depravity”, as “intrinsically disordered” and “contrary to the natural law”.

While Pope Francis has shown a willingness for the Catholic Church to be more accepting of gay individuals he has remained steadfastly opposed to the recognition of transgender people, same-sex families and same-sex marriages, describing these in public statements as threats to the family and humanity.

In December, Pope Francis said in an interview that he was concerned that priests are in danger of falling victim to the “fashion” of being gay, and that gay clergy should leave the priesthood.