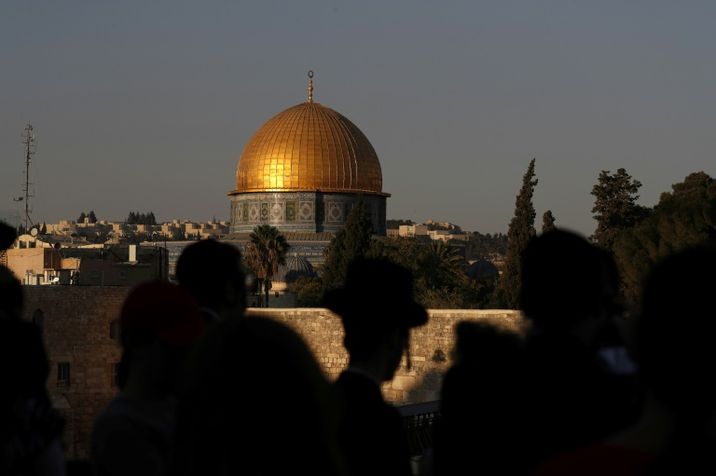 Both Israel and the Palestinians claim Jerusalem as their capital.

The Arab League on Tuesday adopted a resolution calling on Australia and Brazil to “abide by international law” concerning the status of Jerusalem.

It comes after Brazil’s president-elect Jair Bolsonaro announced in November his intention to move his country’s embassy in Israel from Tel Aviv to Jerusalem.

Israeli Prime Minister Benjamin Netanyahu said on Monday that he will “discuss the issue of Jerusalem” with Bolsonaro on his upcoming trip to Brazil.

“I will meet there with the president-elect of Brazil, who said that he will carry out a revolution in Brazil’s relations with Israel,” Netanyahu said.

“It’s not just another country, even though every country is important, it’s a country with nearly a quarter of a billion people, a superpower. And they’re changing their relations with Israel from one extreme to the other, including on the issue of Jerusalem,” he added.

On Saturday, Australian Prime Minister Scott Morrison said it now recognizes west Jerusalem as Israel’s capital but that an embassy shift from Tel Aviv will not occur until a peace settlement is achieved.

Canberra became one of just a few governments around the world to follow US President Donald Trump’s lead and recognize the contested city as Israel’s capital, but Morrison also committed to recognizing a future state of Palestine with east Jerusalem as its capital when the city’s status is determined in a peace deal.

Both Israel and the Palestinians claim Jerusalem as their capital.

The Arab League decided Tuesday to dispatch a “high-ranking delegation” to Brazil and Australia to inform officials there on the need to “abide by international law” concerning Jerusalem.

The decision was taken at an extraordinary meeting at the League’s Cairo headquarters attended by delegates from member countries.

The pan-Arab body also called on the UN Security Council to “assume its responsibilities by putting pressure on Israel… and stop its aggression against the Palestinian people”.

Israel seized east Jerusalem in the 1967 Six Day war and later annexed it, declaring the entire city its “eternal and indivisible capital”, in a move not recognized by most of the international community. A picture taken on May 16, 2018 shows a meeting of the Arab League during extraordinary emergency session in Cairo to discuss what it has called Washington’s “illegal” relocation of its embassy to the disputed city of Jerusalem  MOHAMED EL-SHAHED (AFP)

The Palestinian leadership has slammed Australia and Brazil over their plans.

“Australia’s position in no way affects the legitimate claims of the Palestinians, the first of which is to demand East Jerusalem as the capital of Palestine,” Foreign Minister Khalid bin Ahmed Al Khalifa tweeted.

“The Australian decision is also not at odds with the Arab Peace Initiative,” he added.

In December the US administration of President Donald Trump decided to move the American embassy from Tel Aviv to Jerusalem and declared the city Israel’s capital.

The embassy was transferred in May in a move that sparked outrage in across the Arab and Muslim world.

Finance ministers of eurozone countries reached an “excellent accord” on fighting the pandemic-triggered recession. Europe...

Euroscepticism is running high as the EU abandons the beleaguered country to its pandemic fate....