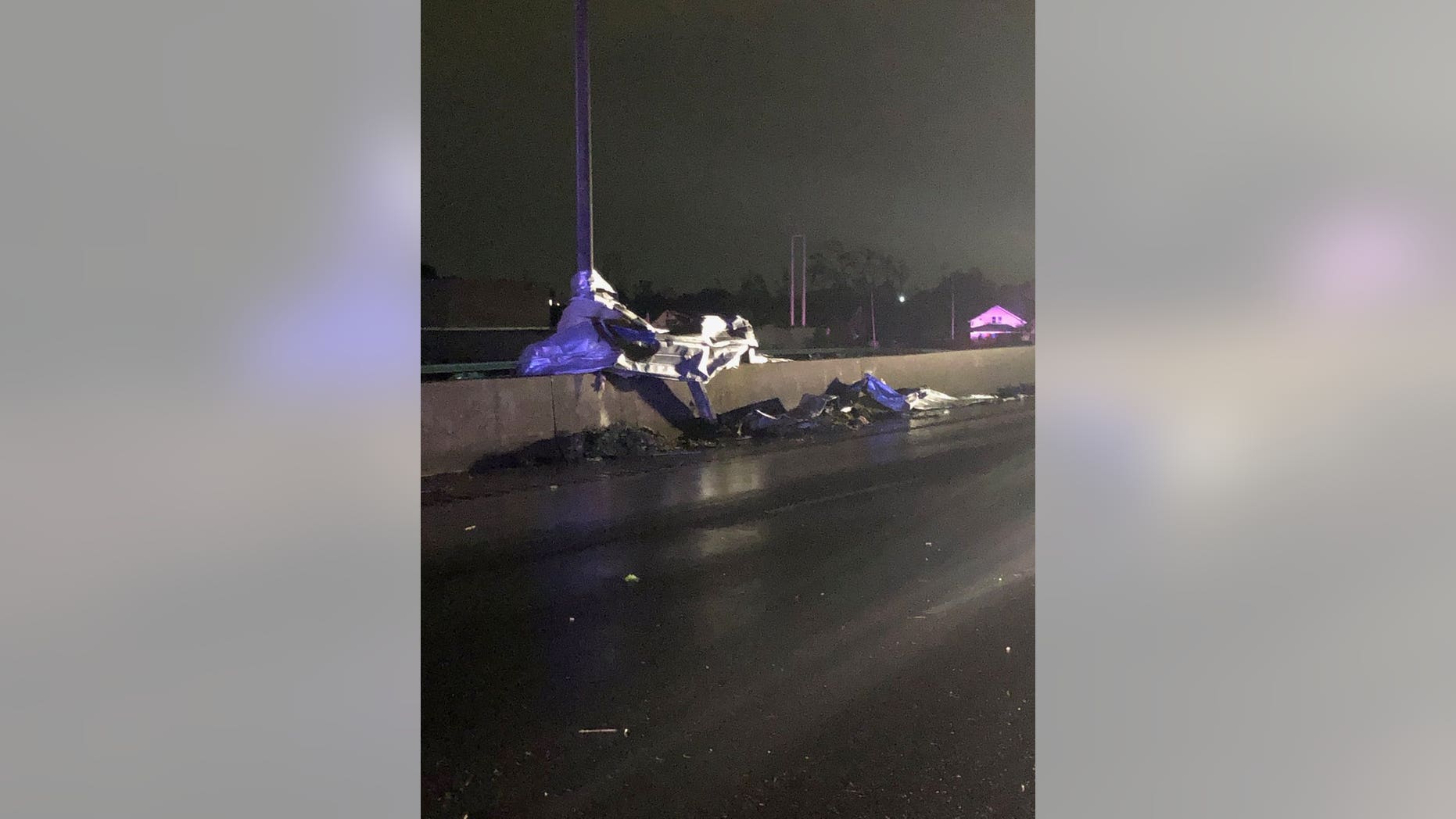 Debris could be seen on the side of I-75 north of downtown Dayton. (Ohio Dept of Transportation)

A powerful storm system that included at least one tornado considered “large and dangerous” passed through Ohio late Monday that resulted in widespread damage, including 70,000 power outages currently affecting over 5 million people.

Social media accounts claim to show a massive funnel cloud as it hit near Trotwood, Ohio, 8 miles northwest of Dayton.

At least half a dozen communities from eastern Indiana through central Ohio suffered damage from the storm system, according to the National Weather Service. There have been no immediate reports of injuries or deaths.

The City of Dayton used its Twitter account to ask residents in affected areas to conserve water.

“We have lost power to both water plants and pump stations,” the tweet read. “First responders are performing search and rescue operations and debris clearing.”

The city utility reported almost 60,000 without power– about 88 percent of the area, according to The Washington Post.

The aftermath left some lanes of Interstate 75 blocked north of Dayton. Trucks with plows were scraping tree branches and rubble to the side to get the major north-south route reopened, according to Matt Bruning, a spokesman for the Ohio Department of Transportation.

Trying to clear the debris in the middle of the night is a difficult task, complicated by darkness and downed power lines, Bruning said.

“We’ll do a more thorough cleaning after we get lanes opened,” he told The Associated Press by text early Tuesday, noting that tow trucks would have to haul off damaged vehicles along the roadway, too.

On its Twitter account, the Ohio Department of Transportation tweeted photos of crews using snow plows to clean up debris on I-75 north of downtown Dayton.

An Indiana town was also heavily damaged by storms late Monday, including reports of two tornadoes.

“We do not know at this time if this was a tornado, straight-line winds or what the cause was” of damage in Pendleton, 35 miles northeast of Indianapolis, said Todd Harmeson, a spokesman for the Madison County Emergency Management Agency.

The Associated Press contributed to this report