Both the government and businesses are eager to restart and revive the economy. But as millions pile back into factories, cafeterias and dormitories, the risk is that a new wave of Covid-19 could pose even bigger risks to the system. 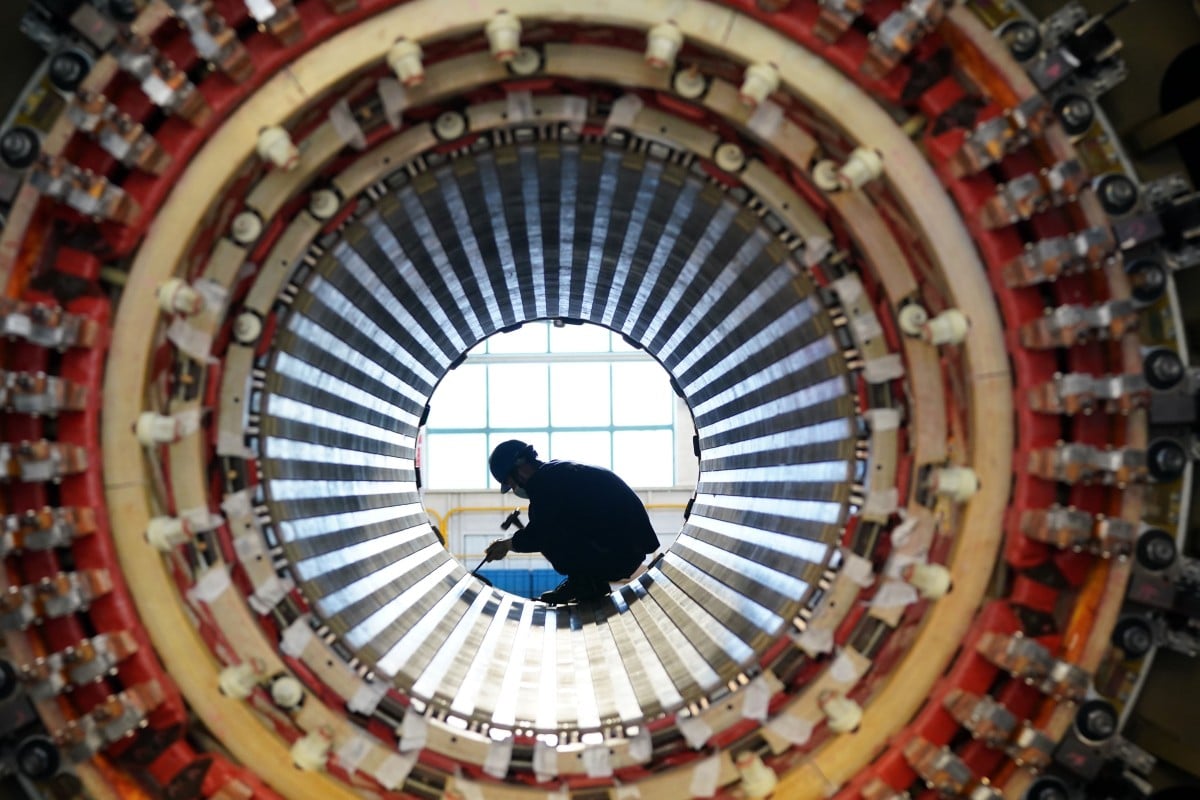 A man returns to his duties at a reopened workshop, part of the Harbin Electric Machinery Company in China’s Heilongjiang province, on February 25. Photo: Xinhua

China Inc. is gradually returning to business. After more than a month of extensive city lockdowns and travel restrictions in response to the Covid-19 outbreak, Chinese workers and small business owners cannot wait any longer to make some money in the Lunar New Year, while factory owners can finally tell their foreign clients that it is back to business as usual.

Beijing is equally impatient. President Xi Jinping told local government officials that people need to get back to work. Local governments provided free transport to ferry workers from their hometowns, while large companies such as Foxconn have offered thousands of yuan in bonuses to lure workers back to the factory.

For multinational firms like Foxconn, the priorities are obvious – the largest business risk is losing their million-dollar contracts to competitors. Beijing’s objective is even clearer – after years of slowdown amid the trade war and other tensions with the United States, the Chinese economy is vulnerable to shock and must be shored up.

These decisions may be rational. However, the aggregate systematic risks of a second wave of the coronavirus could be tremendous for both China and the world. To the Chinese government, perhaps the risk of an economic downturn is bigger.

People like to draw lessons from the severe acute respiratory syndrome outbreak in 2003 to shed light on the current outbreak, but such an exercise is not very useful. When Sars hit China 17 years ago, its economy was on an upward swing after its accession to the World Trade Organisation in 2001. Its economy was much simpler and had weaker ties with other economies.

This time is different. The Chinese economy is much bigger, but slowing. Moreover, China’s engagement in complex global supply chains is much stronger than 17 years ago.

It has been moving up the value chains from downstream labor-intensive processing to research-and-development-intensive activities in almost all industries. It now commands the production of many key parts and components used by global producers of household appliances, medical products, cars, and electronics.

A supply chain disruption originating from China ripples through the world. No country is spared, from those in the relative upstream such as Germany, Japan, and South Korea, to those downstream, such as Cambodia, Thailand, and Vietnam. It is just too difficult for multinational firms to find substitutes for the increasingly sophisticated Chinese suppliers, at least in the short term.

Consumers have yet to feel the impact as shipments can take weeks to arrive. Companies relying on Chinese inputs for production also stockpiled inventories in anticipation of the annual factory shutdown over the Lunar New Year break.

When inventories are used up, the unexpected production delays caused by the coronavirus will drive prices up around the world, substantially raising the odds of a global recession. We saw a similar cost-push global recession in the late 1970s when oil prices spiked. That is certainly something the Chinese government does not want to see.

Recession concerns aside, losing trade partners forever could be much more detrimental to the prospect of China’s long-term growth. According to the 2019 China Business Climate Survey by the American Chamber of Commerce in China, 65 percent of members said US-China trade tensions were influencing their longer-term strategies, with the majority either continuing to expand investments or waiting to see.

Foreign companies that have invested a lot in long-term relationships with their Chinese partners will find it even harder to leave China completely. So far, in response to the trade war, foreign firms that have reorganized their supply chains away from China have tended to move only the labor-intensive parts of production to lower-cost locations such as Vietnam.

But a continued manufacturing freeze in China would force foreign clients to try new suppliers – and they may realize that the options are no worse. This is what Beijing is trying hard to avoid. The slowdown in the spread of the coronavirus in China, based on official statistics, provided the perfect backdrop for Beijing to declare a reboot of the economy.

Multiple studies show that Covid-19 appears to be very contagious but not very deadly. Just when the situation appeared under control in China, an epidemic began outside the country, in South Korea, Italy, Iran and elsewhere.

Research teams around the world are still learning about the nature of the virus, including its seemingly much longer incubation period. Harvard epidemiology professor Marc Lipsitch predicts that 40-70 percent of people around the world could eventually be infected with Covid-19. The lessons from Sars are, once again, not very useful for us to understand the current virus.

China’s success in slowing the spread of the virus may be due to its bold measures to limit people’s interactions. Based on other countries’ experiences, social distancing appears key to avoiding an outbreak. With millions of workers heading back to the factories, dining in the shared cafeterias and sleeping in the shared dormitories, the risk of a second wave of infections could be substantial.

As University of Chicago economist Frank Knight once said, unquantifiable risks should be called uncertainty. In facing its dilemma, the Chinese government has decided to reduce the risks, but not the uncertainty.