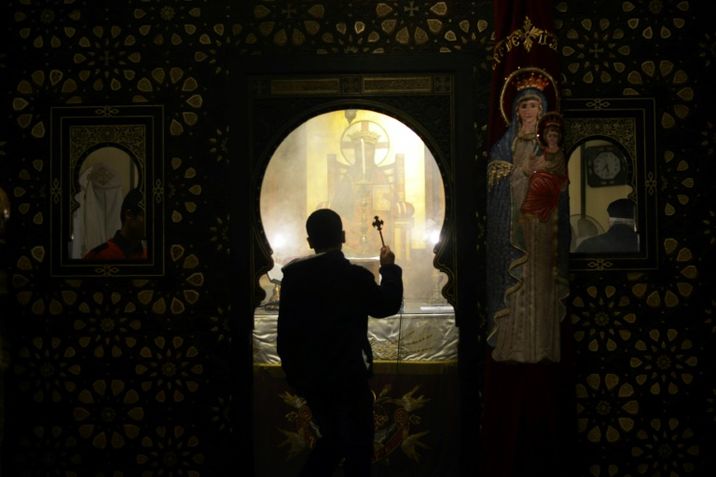 Christians have been rooted in the Middle East as minority communities since the birth of the religion, but their numbers are dwindling amid conflict and jihadist attacks.

Today they make up only four percent of the region’s population, down from 20 percent before the First World War, Cardinal Kurt Koch, president of the Pontifical Council for Promoting Christian Unity, said this month.

Pope Francis on Saturday voiced concern that Christians will eventually disappear from the regionamid “murderous indifference” to their plight.

Here is a breakdown of the main Christian presence in the Middle East.

Coptic Orthodox is the largest Christian denomination both in the region and in Egypt, where its members make up some 10 percent of the population.

They have little representation in government though, and have been targeted in anti-Christian attacks that have multiplied since the Islamic State group appeared.

Since December 2016 more than 100 people have been killed in anti-Christian attacks in Egypt claimed by IS. 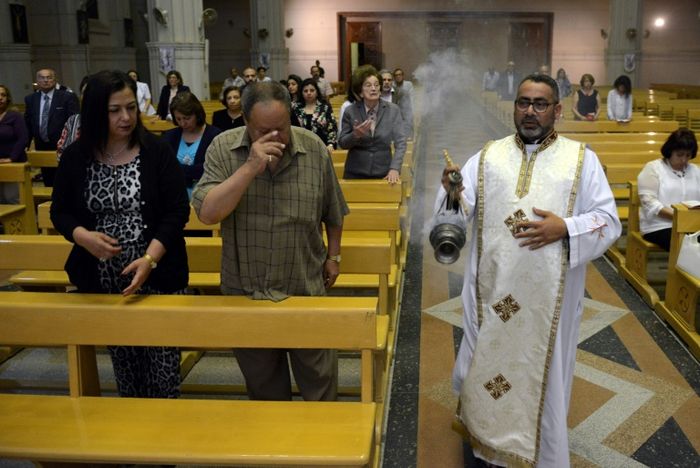 In April 2017 Copts were targeted in bombing attacks on two churches on Palm Sunday, killing 45 people.

The following month, gunmen shot dead about 30 Christians who refused to renounce their faith.

Chaldean Christians numbered 1.5 million in Iraq before the 2003 fall of Saddam Hussein but their numbers have since plummeted to less than 500,000, according to Chaldean Patriarch Louis Raphael Sako, appointed cardinal by the pope in June.

Many fled from the sectarian violence that followed Saddam’s ouster. They were also pushed out of parts of northern Iraq in 2014 as IS jihadists seized control of vast swathes of territory.

Qaraqosh, once home to the country’s greatest concentration of Christians, was recaptured by Iraqi forces in October 2016.

Catholic and Orthodox sects comprise the majority of Christians in Syria, where they represented between five and nine percent of the population before civil unrest erupted in 2011.

According to the Chaldean bishop of Aleppo, Antoine Audo, half of Syria’s 1.5 million Christians have fled the country to escape the war. A militiaman stands in a church in Iraq’s main Christian town Qaraqosh as returning families carried out cleanup on on May 5, 2017, following its recapture from the Islamic State group   FADEL SENNA (AFP)

Syria’s Christians have mostly sought neutrality throughout the conflict, while fearing the rise of jihadist groups. Many backed President Bashar al-Assad for that reason.

Churches have been damaged or destroyed since 2011 and large numbers of Christians have been murdered or abducted.

Lebanese Christians, most of them Maronite Catholics, are the second largest group of Christians in the Middle East after the Egyptian Copts.

Today they represent less than 35 percent of Lebanon’s population, although there are no official statistics.

Lebanon has a Christian president — the only one in the region — under a power-sharing and parity arrangement that means there is a Sunni Muslim premier and a Shiite parliamentary speaker. There are around 160,000 Israeli Christians, the vast majority of them Arabs in the north, representing about two percent of the population.

In the West Bank and Jerusalem, there are nearly 50,000 Christians of various denominations, mainly in Bethlehem and Ramallah.

Although now a minority in Bethlehem, where the Bible says Jesus was born, Christians play a central economic role.

In the Gaza Strip the number of Christians, mostly Greek Orthodox, is in steady decline since the Islamist Hamas movement took power in 2007. Christian pilgrims light candles during the Holy Fire ceremony at the Church of the Holy Sepulchre on April 7 2018.   AP Photo/Tsafrir Abayov

Greek Orthodoxy and Catholicism are the largest Christian denominations in Jordan, where they make up about six percent of the population.

There are Christian members of parliament and members of the community play prominent rolls in society.