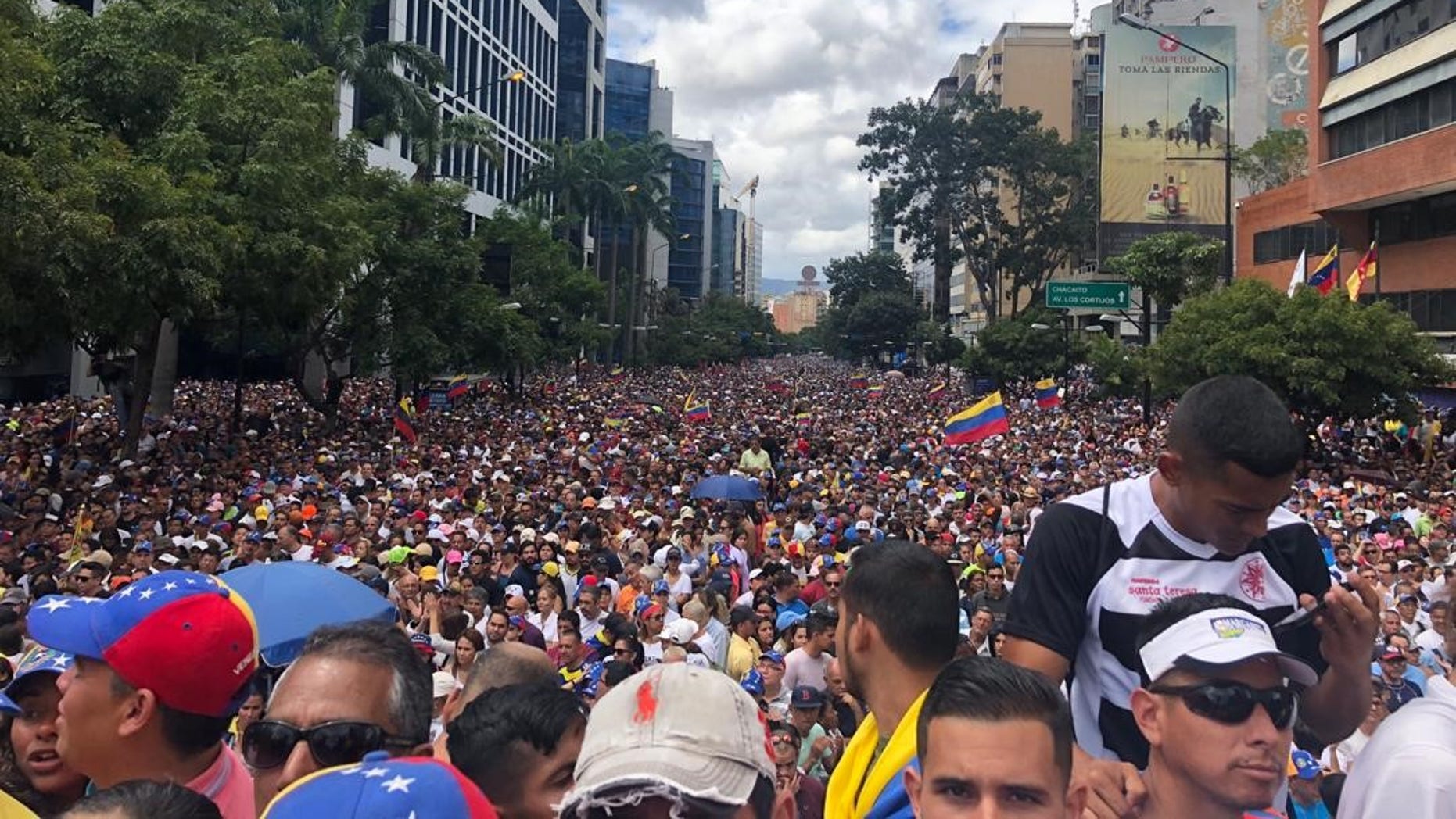 Venezuela is once again in a state of economic and political chaos. Juan Guaido – Venezuela’s charismatic opposition leader and head of the country’s National Assembly – has declared himself Venezuela’s interim president, directly challenging the legitimacy of President Nicolas Maduro, who began his second term earlier in January.

In May 2018, Maduro won a highly controversial election in which he suddenly moved the election date from December 2018 to May and banned numerous political rivals from participating in the election. Maduro has also been accused of buying votes and rigging the election in his favor. Much of the international community, including President Trump, now say they believe the Maduro regime is illegitimate and support Guaido’s plan to have new elections.

Despite condemnation from dozens of world leaders and tens of thousands of protesters in Venezuela, Maduro, who continues to receive the support of the country’s military leaders, says he has no intention of backing down. It’s hard to imagine how this tragic situation can end without bloodshed.

ARE DEMOCRATS CELEBRATING THE SHUTDOWN STANDOFF AS A WIN TOO EARLY?

At the heart of Venezuela’s collapse is a laundry list of socialist policies that have decimated its economy, including many that congressional Democrats like Rep. Alexandria Ocasio-Cortez, D-N.Y., are calling for today. Venezuela, which has the world’s largest oil reserves, was once Latin America’s wealthiest country, but over time, socialist leaders like Hugo Chavez and Maduro implemented increasingly more government social welfare programs, such as massive housing and infrastructure projects, government-run health care, and subsidized grocery stores.

When oil prices were high, Venezuela’s socialist government was able to fund and expand these programs, but the good times didn’t last forever. Oil prices eventually dropped, driving the country deep into debt. Rather than cut back on government programs when tax revenues fell, Chavez and Maduro printed money and accepted loans from countries around the world. When inflation increased, the Venezuelan socialists raised interest rates, issued punitive taxes, and eventually confiscated property and established price controls.

As a result of these policies, countless businesses closed and entrepreneurs fled the country, taking their wealth with them. But Maduro’s government refused to deviate from its socialist course, spending piles of cash on programs it couldn’t afford. By the end of 2018, inflation had reached a stunning 80,000 percent.

Although the U.S. economy is substantially stronger than Venezuela’s, a growing number of congressional Democrats are openly calling for many of the same costly proposals that have long been embraced by socialists like Maduro. For example, Sen. Bernie Sanders’, I-Vt., “Medicare for All” health care plan would cost $32 trillion in just the first 10 years of the plan, according to an analysis by the Mercatus Center. Sen. Elizabeth Warren has called for the creation of a new Office of Drug Manufacturing, which would give the federal government power to manufacture generic drugs. Other Democrats have called for price controls on drugs.

Perhaps most notable is Alexandria Ocasio-Cortez’s “Green New Deal,” which is really nothing more than a massive socialist Trojan horse. The Green New Deal would put government in control, either directly or indirectly, of most of the energy industry and mandate everyone use renewable energy sources like wind and solar by 2030. The Green New Deal would destroy whole industries related to fossil fuels, eliminating 3.4 million jobs in the process, and it calls for communities, rather than private businesses, to control energy markets. Additionally, the Green New Deal would impose other socialist policies like a federal jobs guarantee and a universal basic income program.

Although not all these specific policies have been created in Venezuela, the overarching economic strategy is exactly the same: Both Democrats and the socialists in Venezuela believe the road to prosperity is paved with gigantic government-run programs and miles of regulatory red tape. And both the socialists in Venezuela and the “democratic” socialists in the Democratic Party have the same strategy to pay for these expensive programs: running up the national debt, building new publicly owned banks (another proposal in Ocasio-Cortez’s Green New Deal), and printing money.

Democrats believe the economic collapse in Venezuela won’t happen in the United States because our economy is too big to fail, but history has proven repeatedly that even the wealthiest nations can collapse when their economies are mismanaged. America’s national debt has nearly reached $22 trillion, and our annual deficits have been growing in recent years—under the leadership of both Democrats and Republicans. Although we’re not on the verge of seeing hyperinflation here in America in the immediate future, we could be closer than many think.

If the United States continues to borrow and print money, a strategy the Democrats are embracing, the world will eventually lose faith in our currency, which is now used in many of the most important international transactions. That could lead to the creation of a new international currency, which would trigger a collapse of our economy unlike anything we’ve seen since the Great Depression and cause hyperinflation, a major cause of the economic crisis in Venezuela.

Democrats’ left-wing economic policies would put us on the path to economic ruin. Let’s hope Americans learn from Venezuela’s mistakes and reject Democrats’ socialist vision for the United States.