Donald Tusk has hinted at plans to quit the EU and return to domestic politics in his native Poland. 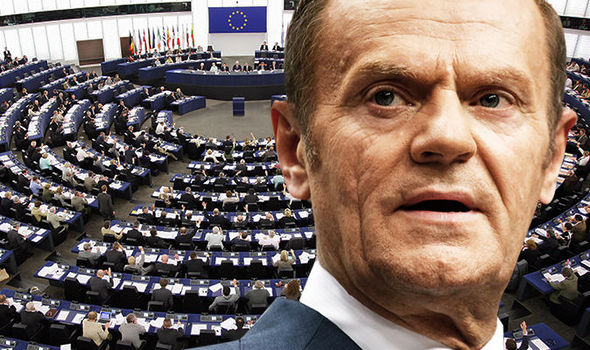 Donald Tusk has hinted at plans to quit the EU and return to domestic politics.

The European Council President and former Polish Prime Minister flirted with the move, which he claimed would prevent his home country losing out on EU cash after its bitter row with the bloc.

In an interview with Polish news channel TVN24 he said “I’m not going to retire”.

He quipped: “In 2019 I will be back in Poland and let no one think that I will only watch TV.”

When pressed, Tusk refused to elaborate on his plans.

He said: “I will not formulate scenarios for the moment and I hope there will be no emergency scenarios.

“I hope that Poles who dream about stable democracy and the rule of law will be able to win future elections — I will be the happiest man on earth if this materialises.”

He added: “If things go differently, I do not exclude anything.”

Poland has been embroiled in a bitter fight against the EU, which has accused its capital Warsaw of going against the rule of law.

Poles attacked the European Commission after the EU threatened to scrap the county’s voting rights following a number of constitutional changes made by the Polish government in the hope of removing what it claimed to be liberal bias.

The EU has repeatedly called on Warsaw to change their style of governance, which Brussels sees as authoritarian, and threatened the country with full withdrawal from the trade bloc if they do not.

Tusk said: “The problem is that permanent solutions may be taken. For example, when we talk about future European funds. I wish Poland didn’t lose a single euro cent for this reason.”