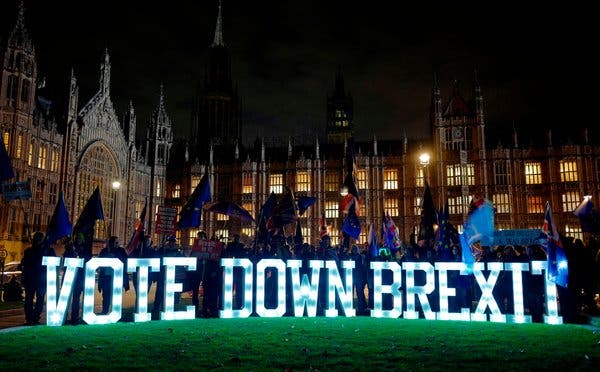 “Remain” supporters outside the Parliament in London on Monday. Prime Minister Theresa May has postponed a vote on Britain’s exit from the European Union.Credit Credit Tolga Akmen/Agence France-Presse — Getty Images

BRUSSELS — This was supposed to be the year Europe put its house in order. It would finally ratify a deal with Britain on its departure from the bloc. The French president, Emmanuel Macron, with his grand plans to revitalize the Continent, would succeed Chancellor Angela Merkel of Germany as the union’s de facto leader. Democratic backsliding in Hungary and Poland would be curbed. Populism would be contained.

Turmoil is now business as usual. The difference as another angry year comes to an end is that the European Union no longer has a strong leader to guide it through the crises that keep upending its agenda. Ms. Merkel played that role but is now a lame duck, her voice quieter on European affairs. Mr. Macron is confronted with violent protests and a full-blown domestic crisis of his own making in France, his presidency at risk.

The political upheaval was obvious on Tuesday with the latest turns in the great British psychodrama of Brexit. Prime Minister Theresa May spent much of the day flying to European capitals for emergency meetings, like a penitent on some dire continental pilgrimage, desperately seeking new help from the Europeans to resurrect a Brexit deal that she had pulled from a parliamentary vote to prevent certain defeat.

“This is a moment of truth, a moment of recognition that things are more difficult than they seemed a year ago,” said Pierre Vimont, a former French ambassador and former director of the European foreign service.

That the recent turmoil is coming from the three historic powers of Western Europe — once considered sources of political stability — speaks to how no corner of Europe has been immune to the political fractures that have spread across the Continent since the 2008 financial crisis and then gathered speed with the migration crisis in 2015.

Later this week, European leaders will gather in Brussels for an end-of-the-year summit meeting that was supposed to offer a chance to get Britain’s departure from the union, or Brexit, off the agenda and set the terms for next May’s elections for a new European Parliament. European elections have usually mystified voters in the bloc’s 28 member states, yet the results could be pivotal this time, as far-right parties hope to use the races to increase their power in Brussels. 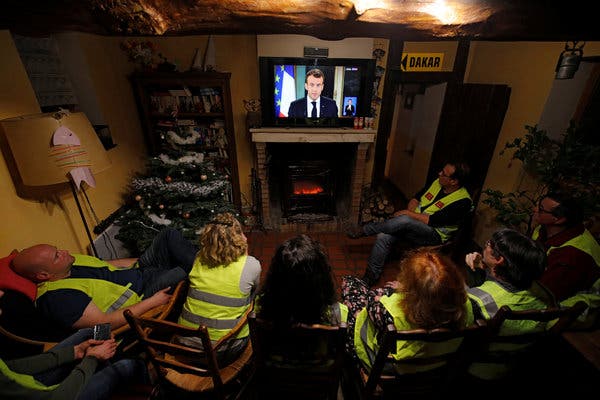 The immediate burning question is who can organize and lead Europe now, as a new generation of politicians, in Germany and elsewhere, slowly emerges, said Daniela Schwarzer, the director of the German Council on Foreign Relations. With the current European Commission and Parliament nearing the end of their mandates, and both Ms. Merkel and Mr. Macron weakened, there is no compelling pan-European leader.

Ms. Merkel offered a serious European voice who commanded global attention and could dominate the increasingly nationalist leaders of other member states. But her likely successor, Annegret Kramp-Karrenbauer, while pro-European, is a relative neophyte with little foreign policy experience. And Mr. Macron’s political problems in Paris mean that the French-German alliance long at the heart of European policy-making is in deep disarray.

“With Brexit and increasing tension and polarization between governments in the E.U. and the weakness of the Brussels system, there’s more of a role for national and multilateral initiatives,” Ms. Schwarzer said. “But if we move that way, we need leaders, at least people who can motivate and lead smaller groups of countries.”

No question the bloc has a litany of problems — populism, the challenge to the rule of law from Hungary and Poland, the threats to the euro common currency, the Italian budget challenge, Russia’s cyber-assault on democracy and threatening moves in Ukraine, and President Trump’s hectoring contempt.

Many had hoped Mr. Macron and his reform program would strengthen a long-moribund France and provide decisive leadership for Europe. But confronted for the past month with the protests of the angry Yellow Vests, Mr. Macron on Monday used a national address to try to defuse the crisis by offering tax breaks and wage increases to the working class.

In doing so, Mr. Macron risked damaging his credibility among Europeans who admired his tough reform program. To some, he now looks like another in a long line of French presidents who have caved to street demonstrations and violence. The question is whether his announced tax reductions and wage hikes could blow a hole in France’s budget, already in danger of breaching the European Union’s guidelines of 3 percent of gross domestic product. 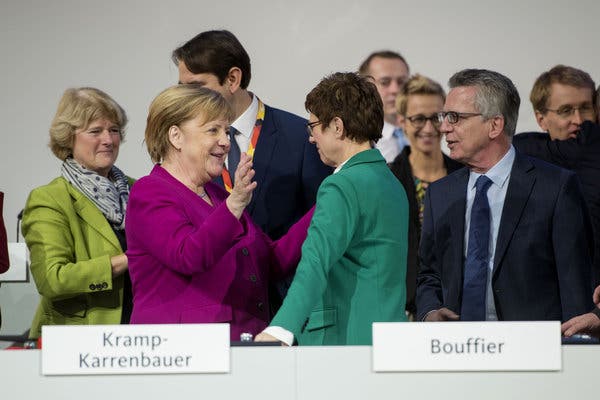 This, in turn, will only encourage Italy’s populist governing coalition to stick to its own spending plans, which the European Union has already criticized, providing more evidence to the Germans that France is incapable of serious economic reform. For years, Brussels has enforced strict budget discipline with debtor nations like Greece, Italy, Portugal and Spain — and the prospect of France also running afoul would be damaging.

Dominique Moïsi, a French political scientist at the Institut Montaigne, a research group, said European leadership was diminished because the leaders of key countries such as Britain, France and Germany were now all focused inward and “hold little power in a game of competitive decay.”

“This is the moment when Europe should be playing an important role, but Europe is totally self-centered, obsessed by itself and what will happen tomorrow in Britain, France and Germany,” he said, adding that “most worrisome is Macron’s France. Macron was the carrier of hope, but now he’s the carrier of despair and anger.”

Political turmoil that threatens the French Republic, so central to the European project, would be devastating, Mr. Moïsi said.

“If Macron fails, the future of France is the present of Italy” — a revival, he fears, of the country’s extremes, especially the far-right National Front, now rebranded as “National Rally,” and still led by Marine Le Pen.

Mr. Vimont, the former director of the European foreign service, warned that the bloc’s problems transcended Britain, France and Germany to include countries like Sweden, which is still without a government after a strong populist vote; Belgium, where the populist right-wing party just quit the government over migration; and Spain, the Netherlands and Denmark, where government majorities are thin and popular anger is rising over issues of migration, Islam and identity. 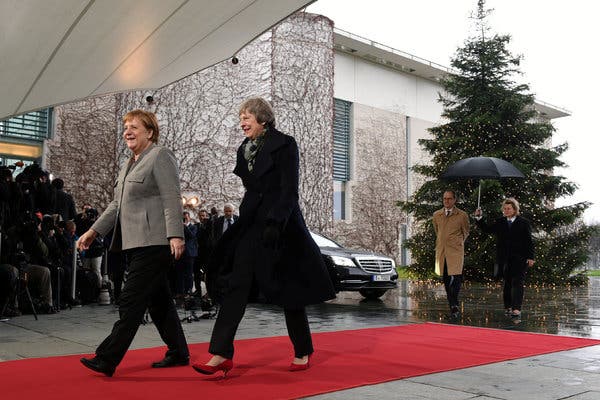 Mrs. May, right, was touring European capitals on Tuesday to gain support for her Brexit proposals and meeting with leaders, including Ms. Merkel, left, in Berlin.Credit Annegret Hilse/Reuters

“There are different forms, but the same cause: economic policy, globalization, new technology, a new multipolar world, the rise of China,” Mr. Vimont said. “It boils down to the dissatisfaction of a large number of our citizens, who are saying so loud and clear, and no one has been able yet to propose a future that takes account of that discontent.”

The European Parliament elections in May will be the next test, given how disconnected the races seem to the lives of ordinary people. Already, far-right parties across the Continent are organizing, in hopes of winning a big share of seats, while establishment parties are struggling to present a compelling case for European unity.

“Will people see the importance of this vote?” Mr. Vimont asked. “And if they vote, will they vote for the right reasons? Will it be a vote for Europe, or, as I fear, a nationalist rebuke to governments?”

With Brexit still hanging over Brussels, no one expects the European summit meeting on Thursday and Friday to produce anything very dramatic, let alone a breakthrough on critical issues like migration, with both Belgian and Slovak politicians sharply criticizing even a bland, nonbinding “pact” on migration offered by the United Nations.

“That shows you where the debate on migration is,” said Ms. Schwarzer of the German Council on Foreign Relations. “And that’s the big issue in the E.U. election campaign that will be emphasized by the far right.”

“It’s a whole new political landscape that will slowly emerge,” he said. “We can only hope for more innovative ideas for Europe.”