One month shy of completing three years in office, President Trump has fulfilled or is making significant progress on most of his 2016 campaign promises, which aides said give him a strong reelection argument to counter his impeachment by a bitterly partisan House last week.

As the president and his team ready for the 2020 campaign at his Mar-a-Lago resort in Florida, officials said it would be built on the administration’s achievements list of 15 categories and 319 “results.”

Vice President Mike Pence told Secrets that the message is simple: “Promises made, promises kept.” Pence, who has already hit the campaign trail in a specially outfitted Trump-Pence bus, added, “Thanks to President Trump’s leadership, we are living in a stronger and more secure America with the best economy in the history of this country.” 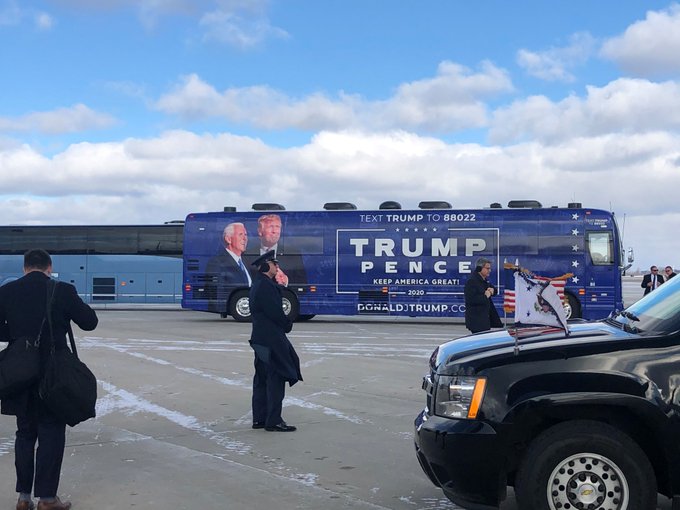 In looking at the extensive administration “results” list provided to Secrets, pollster Jonathan Zogby said, “You really see the genesis of why Trump was elected in 2016 and will probably not be hampered by the Democratic impeachment and wins reelection in 2020.”

Certainly, he will need a big list to overcome being only the third president in U.S. history to be impeached. But Trump appears to be starting with polls on his side, many showing that a majority want him punished but not removed from office and others showing that voters don’t believe any of the top Democratic candidates can beat the Republican.

“If things continue the way they are until Election Day, it’s hard to see how Trump can lose, and it might even become more clear to all voters as to why the Democrats rushed a partisan impeachment of a president who has delivered on a lot of campaign promises,” Zogby added.

The list provided to Secrets is the latest update of initiatives, executive orders, accomplishments, results, and brags with a focus on the improved economy, trade, energy independence, job creation, cuts to illegal immigration, the president’s America First foreign policy, help for veterans, cutting eight regulations for every new one, packing courts with conservatives, and Trump’s record of becoming the nation’s most anti-abortion chief executive.

Officials said the list would be longer if key agency initiatives were also included, such as the Department of Transportation’s move to boost rural infrastructure and the Interior Department’s expansion of areas open for hikers, hunters, and anglers.

Critics of the president have claimed that his achievements are overshadowed by multiple court setbacks, tussles with foreign leaders, an exploding deficit, and the Democrat’s investigations. But his supporters point to just the last few weeks when, as he was being impeached, he won some of his biggest policy victories, such as agreement on the United States-Mexico-Canada Agreement and creation of the Space Force.

Presidential historian Doug Wead said: “Historians of the future will come racing back to this Trump era with amazement. The list of presidents on either side will be a boring blur by comparison. Of course, the economic numbers from the Trump time will be telling. They don’t lie. And they point to a great presidency.”

Pence suggested that his and Trump’s bid to improve the country are most important to voters, and he regularly uses his campaign stops to point that out.

He told Secrets: “Over the past three years, we’ve continued to deliver on our promise to put American workers and American jobs first: We’ve cut taxes, rolled back regulations, and fought for reciprocal trade. In the past three years, seven million new jobs have been created, wages are rising at record pace, and unemployment is at a 50-year low. We negotiated a new strong pro-American trade deal with China and the USMCA, and created the Space Force. We’ve continued our commitment to rebuilding our military, standing with our allies, standing up to our enemies, taking on ISIS, reducing illegal crossings by 75% since May, and confirming more than 170 conservatives to our federal courts — including two Supreme Court justices.”

And Zogby said: “The impeachment of Trump will play little into how voters decide who should be president in 2020. Remember, it’s the economy stupid, and you can’t impeach that.”

The Trump “results” release provided to Secrets is below.

PRESIDENT DONALD J. TRUMP HAS DELIVERED RECORD BREAKING RESULTS FOR THE
AMERICAN PEOPLE IN HIS FIRST THREE YEARS IN OFFICE

“We are making America stronger, prouder, and greater than ever before.” – President Donald J.
Trump