Small-scale attacks in remote areas raise fears of a new cycle of insurgency. The Islamic State is creeping back into parts of central Iraq just seven months after the government declared victory in the war against the group, embarking on a wave of kidnappings, assassinations and bombings that have raised fears a new cycle of insurgency is starting again.

The small-scale attacks are taking place mostly in remote areas that have been neglected by the government and are chillingly reminiscent of the kind of tactics that characterised the Islamic State insurgency in the years before 2014, when the group captured a vast swathe of territory across Iraq and Syria.

The militants have since been driven out of all but two small pockets in Syria near the Iraqi border, where they are surrounded by US-backed or Syrian government forces. Iraqi Prime Minister Haider al-Abadi declared “final victory” over the Islamic State in December, and US President Donald Trump said in Helsinki on Monday that the battle is now “98 per cent, 99 per cent” complete.

The resurgence of violence, in a triangle of sparsely populated territory stretching across the provinces of Diyala, Kirkuk and Salahuddin, has prompted many Iraqis to question whether the victory declaration was premature. 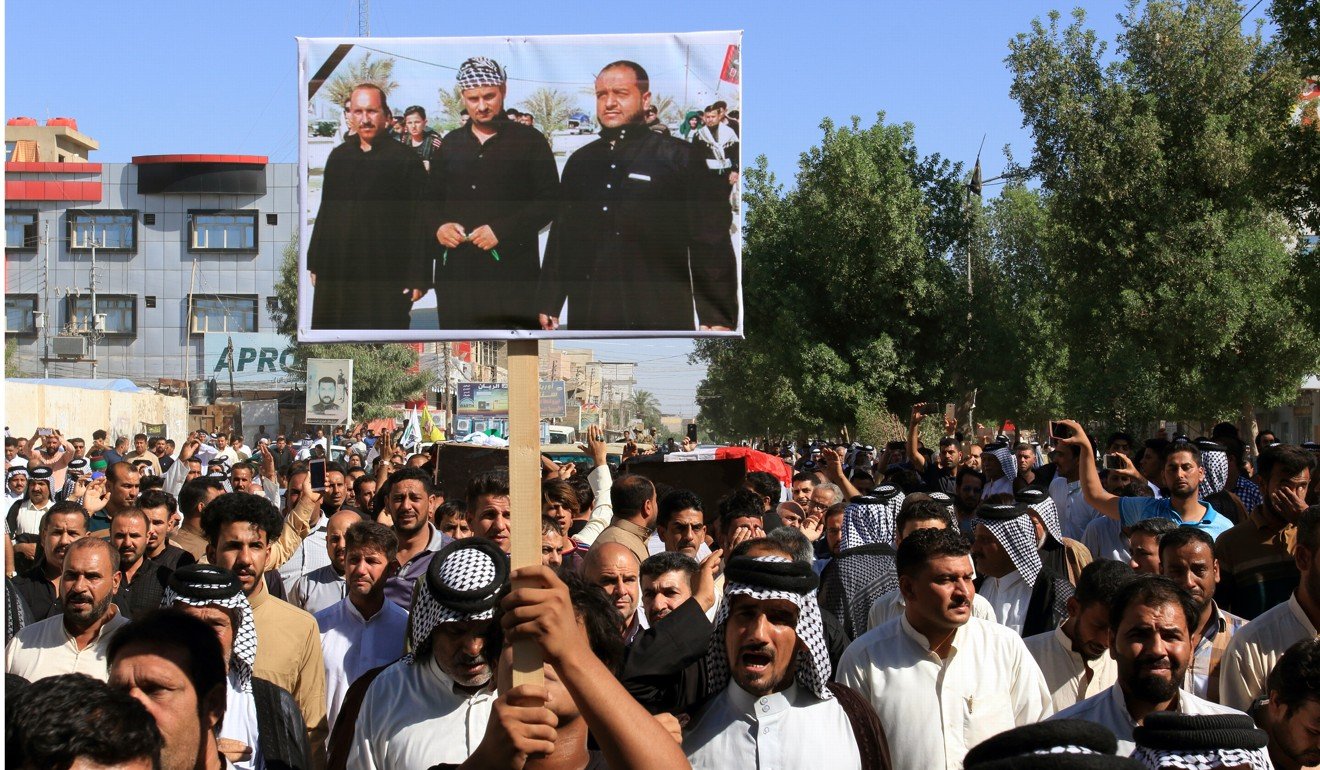 Over the past two months, dozens of people, including local government officials, tribal elders and village chiefs have been abducted and killed or ransomed by fighters claiming affiliation with the Islamic State. Electricity infrastructure and oil pipelines have been blown up. Armed men dressed as security forces and manning fake checkpoints have hijacked trucks and robbed travellers, rendering the main Baghdad-Kirkuk highway unsafe for a period of weeks.

In one of the most sinister attacks, six members of the Iraqi security forces were captured at one of the fake checkpoints and forced to appear in a somewhat wobbly video. Kneeling before the black-and-white Islamic State flag and flanked by two heavily bearded figures, the men took turns warning they would be killed if the Iraqi government did not release Sunni women prisoners. Days later, the bullet ridden bodies of the men were found dumped in the area.

The video jolted Iraqis, stirring memories of the worst of the Islamic State’s excesses during the years that it ruled over its self-proclaimed “caliphate.” Traffic on the Baghdad-Kirkuk highway came to a near standstill as nervous travellers refrained from driving and instead booked flights, which sold out weeks in advance. 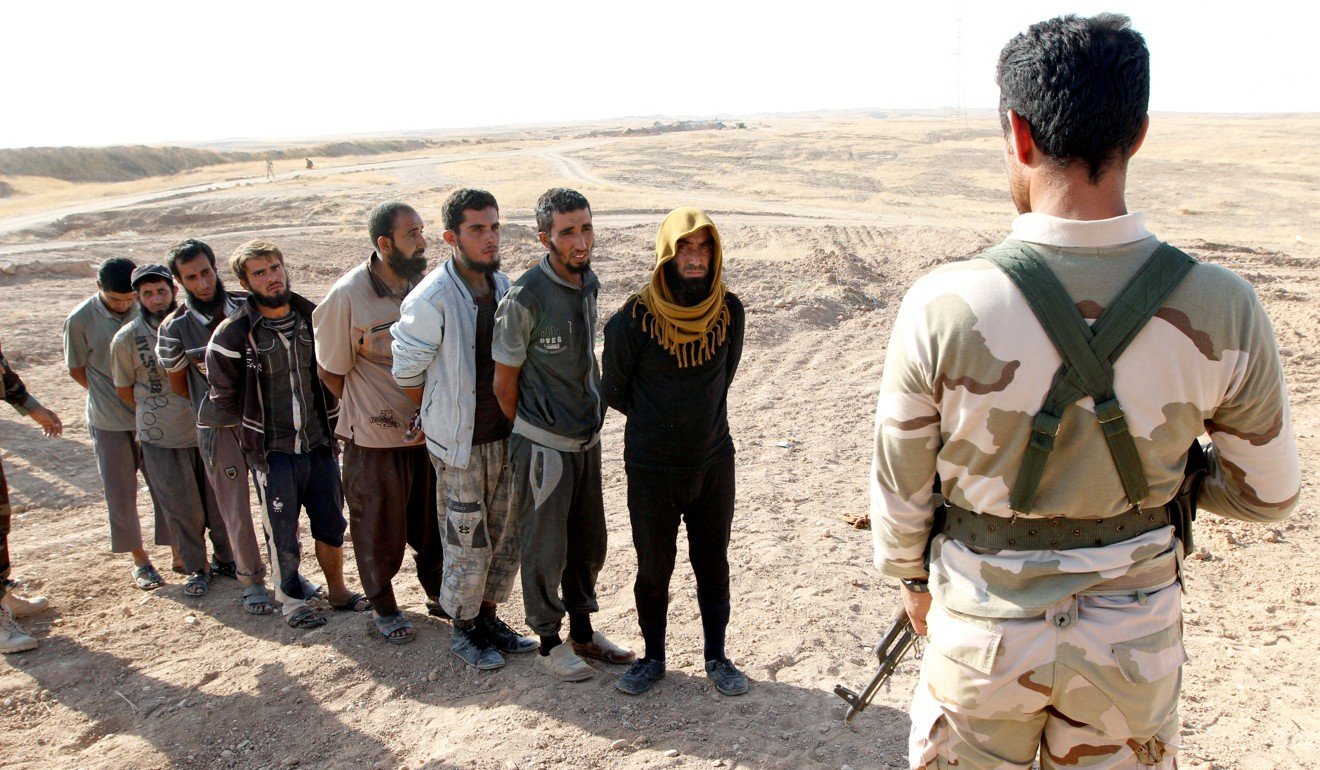 “Of course people are nervous. People finally thought there was stability and that they can travel wherever they want, and then there are these attacks and this video and people are afraid again,” said Imad Mahmoud, a member of the Diyala Provincial Council. “The terrorists are attacking from the empty desert and the mountains where there are still small cells. They are not large in number but they are launching surprise, fast attacks and they have people inside the towns who are helping them.”

It was inevitable that the Islamic State would attempt a comeback after its crushing defeat, said Hisham al-Hashemi, an Iraqi counterterrorism expert based in Baghdad who advises the government. But, he said, “they are returning faster than I anticipated. That they have returned this fast is very dangerous.”

He blames the government’s failure to deliver aid and reconstruction to an area that was among the first to be freed from Islamic State control but has seen little in the way of assistance. “The Iraqi government did well on the military side but it didn’t do well in bringing stability to those areas. It is to the advantage of IS that the government has not implemented any of its plans.”

This latest iteration of the insurgency is a long way from being in a position to capture whole cities or control territory, analysts and military officials say. The Iraqi security forces have launched operations over the past two weeks aimed at rooting out the militants, and they have claimed some successes. 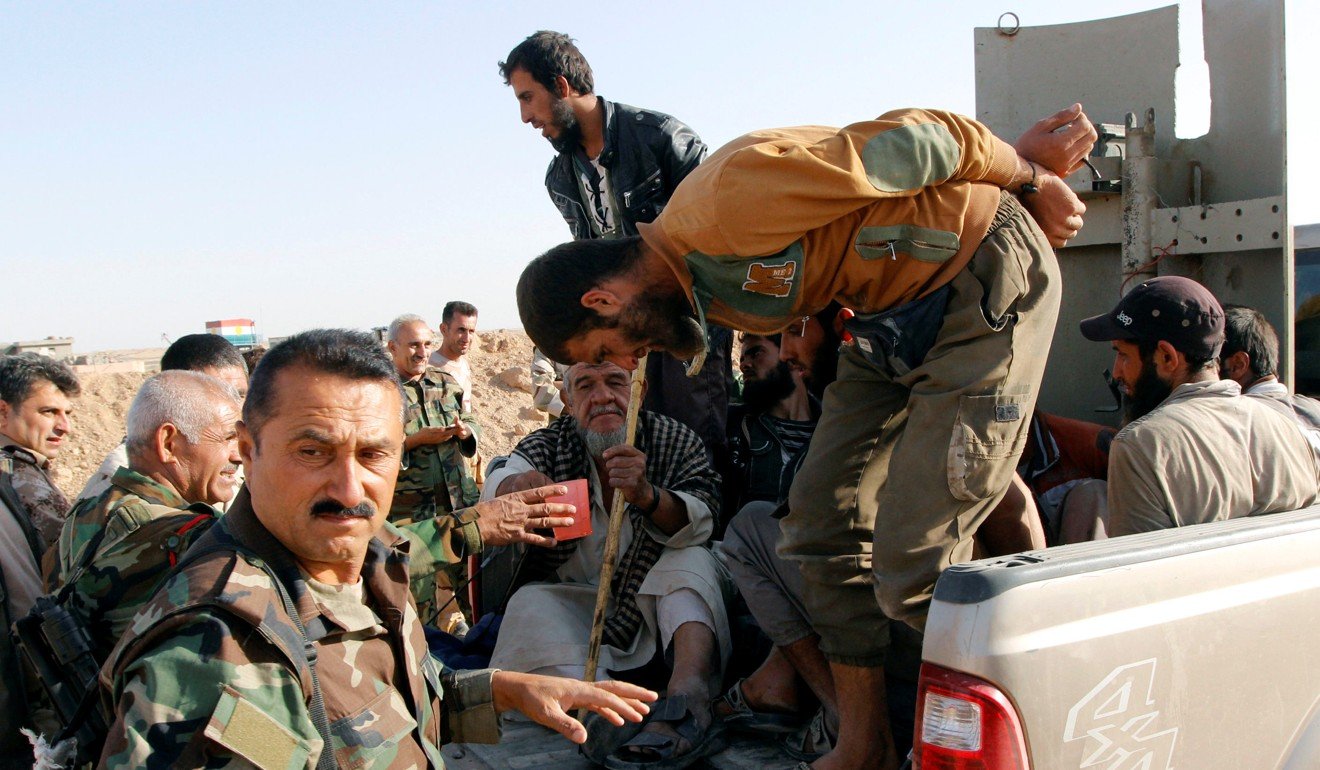 The government has declared that the Baghdad-Kirkuk road is now safe, and drivers and passengers who take the route say there are new checkpoints every kilometre. An operation this week by Iraqi and Kurdish security forces, backed by US air strikes, succeeded in eradicating an Islamic State safe haven that had emerged in mountains near the town of Makhmour, the US military said Tuesday in a statement.

But attacks have persisted in areas away from security sweeps, and it is unclear whether the government is reversing the militants’ momentum. Government attention is now being further diverted by a political crisis in Baghdad, where negotiations for the formation of a new government after fraud-tainted elections in May are being delayed by a recount of the ballots and by the eruption of widespread anti-government protests in the mostly Shiite provinces of the south.

The Iraqi security forces are in better shape today to contain the violence than they were in 2014, when whole divisions fled the Islamic State advance, said Colonel Sean Ryan, the US military spokesman in Baghdad. “They’re just doing small scale attacks because they don’t have large scale abilities any more,” he said. “But what they do have is the ability to scare the population. The fight is not over, and if people are putting their guard down, it’s a little too early.”

A poster depicting Bjoern Hoecke of Alternative for Germany (AfD) and reading “Never again” is...