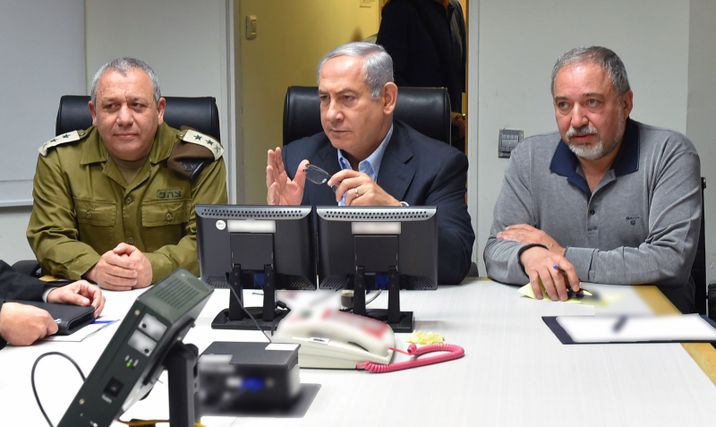 Israel’s security cabinet is set to convene in Jerusalem on Sunday afternoon to discuss the terms for a possible long-term ceasefire agreement with Hamas, meant to bring to an end months of violence along the border and ease tensions in the impoverished Palestinian enclave.

The meeting of Israel’s top political security echelons comes amid reports that Hamas was prepared to accept a multi-phased proposal brokered by Egypt and the United Nations that would ease conditions in the Strip while also firming up a long-term ceasefire with Israel.

In Israel, the deal faced staunch opposition from the families of two fallen IDF soldiers whose remains have been held by Hamas since 2014, who slammed the government for entering into negotiations to ease the situation in Gaza without first securing the return of Israeli captives.

“There will be no long-term agreement with Hamas that excludes a solution to the issue of the return of our fallen soldiers held in the Gaza Strip,” an Israeli diplomatic source said, seeking to reassure opponents of the mooted deal.

Senior members of the security cabinet told Israel’s Haaretz newspaper that a decision on the deal will be taken within a few days, assessing a new round of violence if it fails to obtain approval. 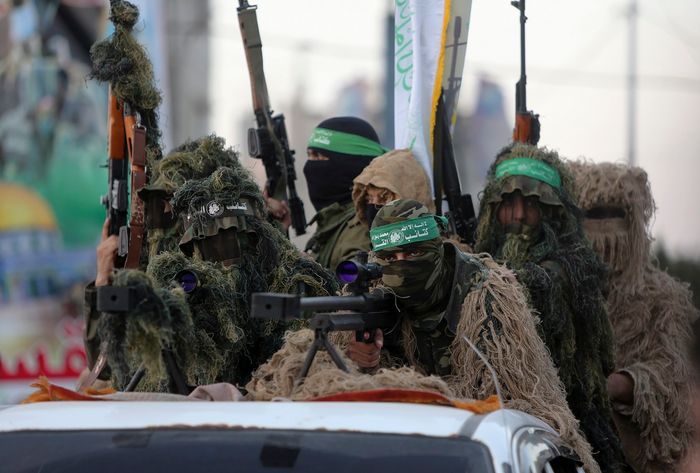 Palestinian masked members from the Izzedine al-Qassam Brigades, a military wing of Hamas, wear camouflage while sitting behind a sniper gun during a rally along the streets of Rafah refugee camp, Gaza Strip, Sunday, Aug. 21, 2016. The Arabic on their hea  (AP Photo/Adel Hana)

The first phase of the deal, according to an unconfirmed report by Israel’s Hadashot news, includes a permanent re-opening of the Rafah border crossing with Egypt and eased restrictions on the Kerem Shalom crossing with Israel.

The second phase will see the forging of a reconciliation agreement between Hamas and their West Bank-based rivals Fatah. The deal would reportedly see the Palestinian Authority (PA) assume control of the Strip under the auspices of Egypt.

The PA would in return resume payment to government employees in Gaza whose salaries have been suspended for months amid an ongoing power struggle between the rival factions since Hamas’ victory in 2006 parliamentary elections.

The third phase involves the implementation of long-promised humanitarian projects such as the building of a seaport in Egypt’s neighboring Sinai region that would serve the Strip.

While the specifics were still yet to be confirmed, the final phase of the deal would include a 5-10 year ceasefire agreement with Israel, including a commitment by Hamas to end the launching of incendiary kites and balloons towards Israel.

Negotiations for the return of fallen IDF soldiers and Israeli citizens held captive by Hamas would be on the table as part of the final phases of the agreement, reports said. Hamas is holding hostage at least two Israeli civilians who crossed into Gaza during episodes of poor mental health, as well as the bodies of two Israeli soldiers who were killed in action. Two Israeli soldiers, Oron Shaul and Hadar Golding, are believed by the army to have been killed in Gaza during the 2014 war  Gali Tibbon (AFP/File)

The families of Lts. Hadar Goldin and Oron Shaul, whose remains have been held by Hamas since they were killed in 2014’s Operation Protective Edge, said they planned to demonstrate outside the security cabinet meeting in Jerusalem on Sunday in protest of mediators’ failure to guarantee the return of the soldiers’ remains as part of the first phase of the deal.

“The Israeli public needs to know that the cabinet meeting that will be held this afternoon is unnecessary and that it is a staged show to try and show that the prime minister is really committed to the return of our sons,” Professor Simcha Goldin, father of Hadar Goldin, said in a joint press conference with the Shaul family ahead of the meeting.

“Someone decided to waste the time of the cabinet members and invite them to the meeting only to discuss the train that had already left the station, Goldin said, inferring that the cabinet intended to agree to the deal.

Israeli and Palestinian sources, according to Haaretz, say that the prisoner exchange will be negotiated as part of the final phase of the deal when eased tensions in the Strip can facilitate progress on the matter.

The indirect negotiations led by Egypt and the UN followed months of clashes between Israel and Hamas, marked by a surge in cross-border arson attacks and violent clashes along the security fence.

Israel and Hamas were brought to the brink of a full-scale war in two separate military flare-ups in July over the “fire kites” as Israel struck targets in response to the attacks, prompting several barrages of Hamas rocket fire and retaliatory Israeli airstrikes that marked some of the fiercest clashes since 2014. Israeli firefighters battle a blaze in a forest area near the town of Sderot sparked by a fire balloon launched over the Gaza border on July 31, 2018  MENAHEM KAHANA (AFP)

The first, on July 14, saw dozens of Israeli air strikes that killed two Palestinians, while some 200 rockets and mortar rounds were fired from the enclave at Israel in response.

On July 20, Israel unleashed a wave of strikes across the territory after a soldier was shot dead on the border. Three Hamas militants were killed in the strikes.

A ceasefire brokered by Egypt and UN officials last month resulted in a drop in tensions and saw the number of firebombs being launched over the border diminish, though failing to stem the phenomenon completely.

Israel controls all access to and from the territory apart from a single crossing with Egypt which has been only rarely opened.

UN officials have called repeatedly for the blockade to be lifted, citing deteriorating humanitarian conditions in the territory, where some 80 percent of the two million population depend on aid.

But Israel, which has fought three wars with Palestinian militants in Gaza since 2008, insists the blockade is necessary to prevent Hamas and other terrorist groups from smuggling weapons and other military equipment into the Strip.