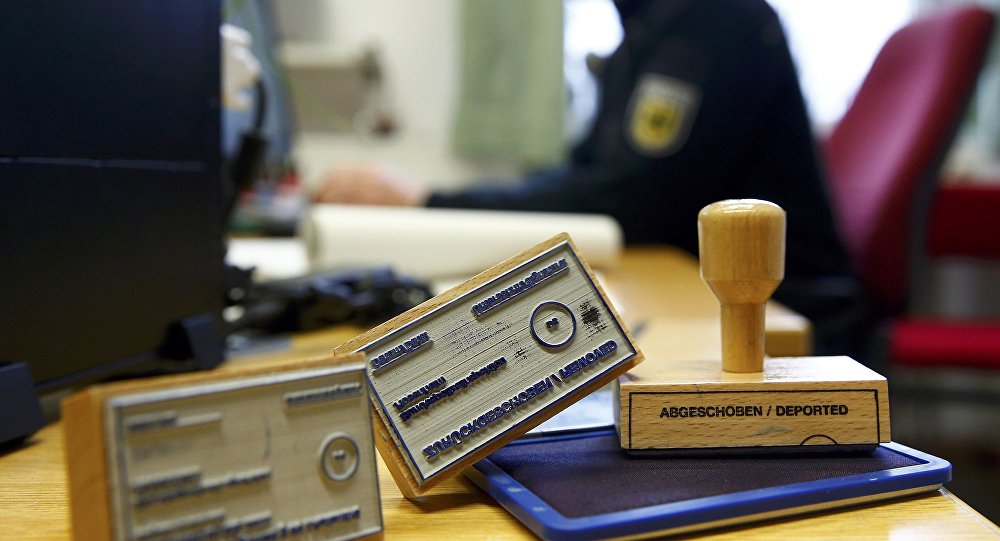 The number of deportees being expelled from Germany is continuing to decline, statistics by the country’s Interior Ministry suggest. While airlines are being blamed for hampering the process, police are reporting that assaults against officers carrying out deportations have become part of the job.

German federal police are facing considerable violence during deportations, with scores sustaining injuries in attacks, the German outlet Die Welt am Sonntag reports. According to the country’s police, 284 law enforcement officers were attacked in connection with repatriation processes last year – ten cases more than the year before. Among them, 71 were injured. As the outlet notes, these stats just reflect data concerning deportation flights, as the federal police are responsible only for security at airports while bringing deportees there is the domain of regional police branches.

The police added that “the nature or severity of these injuries is not recorded”. One of the more recent cases involves an official in Munich who broke his kneecap because a 26-year-old from Sierra Leone panicked on the stairs to the aircraft.

The outlet cites President of the German Police Dieter Romann as saying that “in addition to calls about suicides and homicides in the railway sector, repatriations are sometimes one of the toughest police tasks” officers have to do.

“Kicks, punches and head strikes by deportees are part of the day”, chairman of the Federal Police Union Ernst G. Walter said, pointing out that it does not usually result in serious injuries, because officers are trained and know how to handle it.

At the same time, one policeman, who asked to keep his identity secret, told the newspaper that while bruises and even broken wrists are all curable, his colleagues are most afraid of infections, despite numerous vaccinations, especially in cases like one from last year, when a deportee bit off a piece of his tongue and spat blood at officers.

“Among the deportees are also many drug addicts, so after a bite, the colleague trembles for weeks at home with his family until the outcome of the HIV test is finally ready”, he says.

He points out that collective deportations are safer because when two or three officers approach a returnee, they do not try to resist due to the numerical advantage.

“The resistance against officials is fierce. Federal and state police officers constantly report that resistance works. Unfortunately, the airlines and their pilots too often reward the aggressive behavior of the deportees by deciding not to take a deportee with them if they resist”, Schuster, who is on the Bundestag’s Interior Committee, complained.

The German Interior Ministry data indicate that 1,637 deportations had to be stopped in 2018 because of resistance at the airport. It was also reported last year that numerous deportation attempts fail because every second returnee is not found at home when the police come to pick him or her up.

At the same time, the number of deportations, which includes sending migrants to the European country of entry, is decreasing, the ministry’s stats show. Thus, in 2018, 23,617 foreigners were deported, which is fewer than during the two years before. Data for the first quarter of 2019, when 5,613 migrants were deported, suggest that decline is continuing.