More than 10 percent of the country’s population faces restrictions on how often they can leave their homes.

Here’s what you need to know:
–Half of China’s population is facing new travel restrictions.
–Japan says 500 people will be released from cruise ship after more cases confirmed.
–Britain prepares to evacuate citizens from cruise ships.
–The new virus is deadlier than the one that causes the flu.
–The director of a hospital in Wuhan has died from the virus. 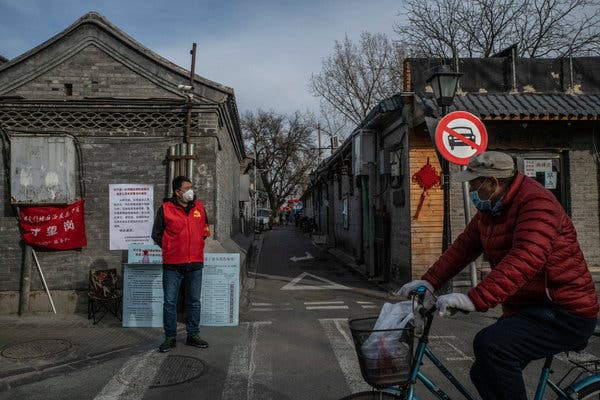 A volunteer in Beijing guards the entrance to a street on Tuesday.Credit…Gilles Sabrie for The New York Times

Half of China’s population is facing new travel restrictions.

Across China, officials have imposed controls of various kinds on people’s movements, hoping that minimizing contact will prevent the virus from circulating further.

To gauge the scale and breadth of these policies, The New York Times examined dozens of local government announcements and reports from state-run news outlets.

The Times’s analysis found that at least 150 million people in China — over 10 percent of the country’s population — are facing government restrictions about how often they can leave their homes.

They represent a subset of the more than 760 million people in China whose neighborhoods and villages have imposed strictures of some sort on residents’ comings and goings, as The Times reported over the weekend. That larger figure represents more than half of the country’s population, and roughly one in 10 people on the planet.

CORONAVIRUS LOCKDOWN
China is in the midst of one of the biggest social control campaigns in history.

China’s lockdowns vary widely in their strictness. Neighborhoods in some places require residents only to show ID, sign in and have their temperature checked when they enter. Others prohibit residents from bringing guests.

But in places with more stringent policies, only one person from each household is allowed to leave their home at a time, and not necessarily every day. Many neighborhoods have issued the equivalent of paper hall passes to ensure that residents comply.

In one district in the city of Xi’an, the authorities have stipulated that residents may leave their homes only once every three days to shop for food and other essentials. They also specify that the shopping may not take longer than two hours.

Tens of millions of other people are living in places where local officials have “encouraged” but not ordered neighborhoods to restrict people’s ability to leave their homes, The Times found.

And with many neighborhoods and localities deciding their own policies on residents’ movements, it is possible that the total number of affected people is even higher still.

Japan says 500 people will be released from cruise ship after more cases confirmed. 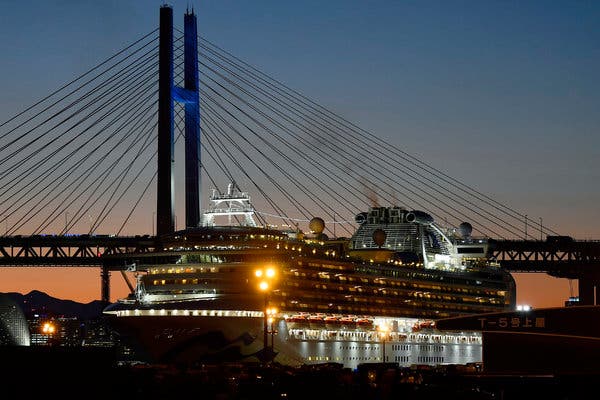 About 500 people will be released on Wednesday from a quarantined cruise ship that has been a hot spot of the outbreak, Japan’s health ministry said on Tuesday, but confusion about the release was widespread as officials left many questions unanswered.

The ministry said 2,404 people on the ship had tested negative for the virus, but it did not say how it had decided who would be allowed to leave on Wednesday, or when others might be released. The ship, the Diamond Princess, has been moored off Yokohama since Feb. 4.

Earlier in the day, the ministry announced that 88 additional cases of coronavirus were confirmed on the ship, bringing the total to 542.

Australia plans to repatriate about 200 of its citizens aboard the ship on Wednesday, and other countries have similar plans, but Japanese officials did not say whether any of those people were among the 500 who would be allowed to disembark.

The government did not explain the timing of the release. It coincides with the expiration of a two-week quarantine imposed on the ship, but it was not clear if that was the reason for letting people go.

Some public health experts say that the 14-day isolation period makes sense only if it begins with the most recent infection — in other words, new cases mean a continuing risk of exposure and should restart the quarantine clock.