GERMANY is in the midst of an economic crisis that is now bleeding into the EU in the months before Brexit.

German news site Der Tagesspiegel warned several hard-hiring factors are playing a part in Berlin dragging down the rest of the EU by weakening the Eurozone. Examples of these are the bitter trade spat between the US and China in which Germany is also now embroiled in as well as engineering companies in Berlin which have received nine percent fewer orders than in the previous year. US President Donald Trump’s further protectionism of the US economy and tariffs on EU products of which the majority spawn from Germany, is causing a mass economic slowdown, as well as the effects of Brexit and talks of a no-deal.

Mrs. Merkel’s orders have specifically affected her relationship with French President Emmanuel Macron, who according to the publication is watching the demise of Germany’s economy like a hawk.

The young Frenchman, who earlier this year battled Mrs. Merkel for Jean-Claude Juncker’s role before it was offered to Ursula von der Leyen, eve made a prediction the Chancellor’s economic model for the power state would soon fail. 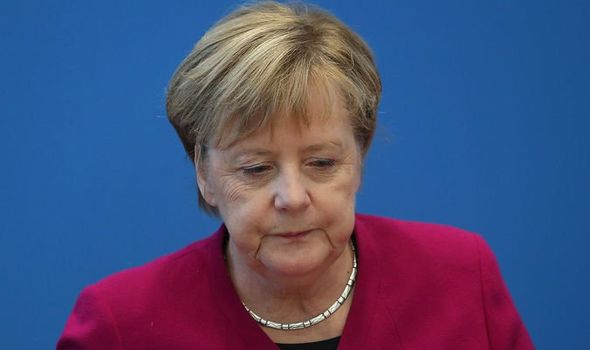 Germany is in the midst of an economic crisis that is now bleeding into the EU (Image: GETTY) 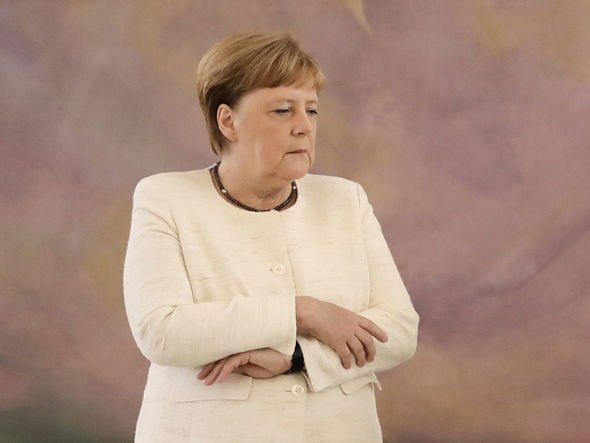 In spring, he said Germany had reached “the end of a growth model” that had “profited greatly from the imbalances in the eurozone”.

Economist Rémi Bourgeot from the Paris Institute for International and Strategic Relations (IRIS) told TV broadcaster BFM-TV the German export model has so far had a detrimental effect to neighboring nations.

He said: “With the economic downturn of recent months, it has also become a disadvantage for Germany itself.”

Though other countries such as the Czech Republic, Poland, and Hungary remain unaffected by Mrs. Merkel’s choices. 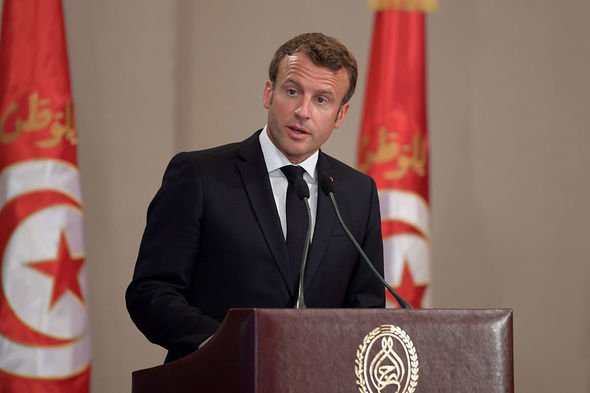 This, the publication reports, is down to their eastern European positioning in the EU.

Today, it emerged Germany is on the bank of recession – despite having fight one off at the start of the year.

Mrs. Merkel is facing a stalling German economy which could leave her struggling against a potentially destabilizing no-deal Brexit.

The bloc has recently taken a hard stance against Boris Johnson, as the new Prime Minister prepares to exit the bloc without a deal. 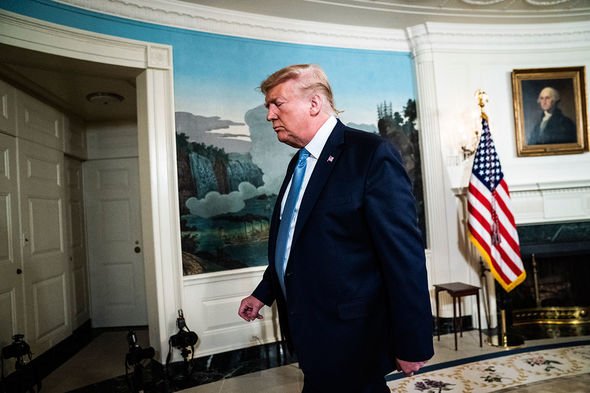 The trade war between the US and China has also affected Germany (Image: GETTY) 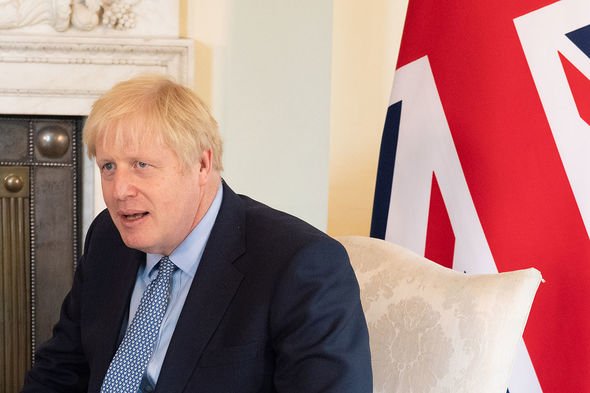 Mr. Johnson has drafted a team of specialists to negotiate a potentially fraught exit (Image: GETTY)

Mr. Johnson has drafted a team of specialists to negotiate a potentially fraught exit from the EU by October 31, which has struck fear into the hearts of business leaders and politicians.

Should a no-deal Brexit come to fruition, Angela Merkel could be left in a desperate situation, as the German economy is trending towards a technical recession.

According to industry analysts, the German economy suffered a slow July, as expansion in the country faltered alongside a decline in business optimism.

Global researchers with IHS Markit noted German economic expansion of 54.5 percent in July, down 0.9 percent from the preliminary 55.4 percent predictions.

The latest readings follow a nine-month high of 55.8 percent and suggest Europe’s biggest economy may be heading for a recession.