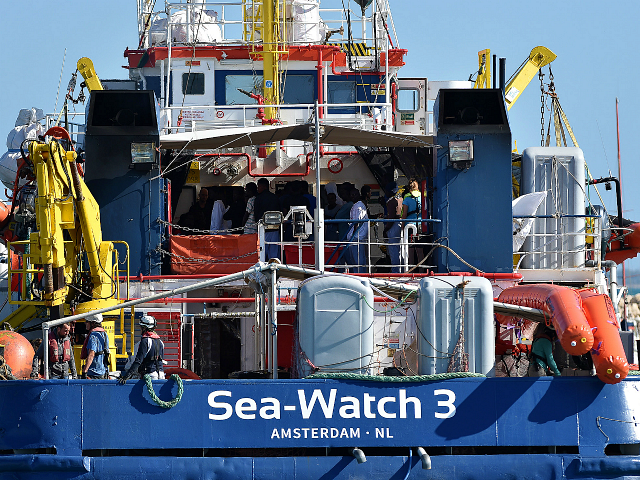 A Senegalese migrant brought to Italy by migrant transport NGO Sea Watch has said that Matteo Salvini is “right” to insist that other EU nations accept boat migrants.

Khadim Diop, 24, made his comments on the day of the arrest of Sea Watch-3 captain Carola Rackete. Speaking to Euronews, Diop called Ms. Rackete a “good girl” but said that Salvini “is partly right”.

“He wants Europe to do its part on migrants. Germany must take a share, as must France and other countries. You can’t leave everything to Italy. There is a crisis everywhere. It is not easy for anyone,” he added.

In a weeks-long stand-off, Salvini had refused docking for the migrant transport NGO onto Italian soil until other EU nations had volunteered to take 40 of the migrants, while Brussels had urged the right-populist government to let all migrants land in Italy without condition.

Ms. Rackete, a German national, was arrested on Saturday after forcing her way into Italian waters and ramming a patrol boat in an effort to dock the Sea Watch-3. She faces up to 27 years in prison if found guilty of the charges brought against her which include aiding illegal migration.

The German government has also weighed in on the arrest of the open borders activist with foreign minister Heiko Maas and Chancellor Angela Merkel demanding the release of Rackete, according to Il Giornale.

In a closed-door meeting, Italian Prime Minister Giuseppe Conte rebuffed Ms. Merkel, telling her: “In Italy, the executive power is distinct from the judiciary.”

“The prime minister, despite being the highest governmental authority, cannot intervene to recommend the behavior that judges must take. It is in the hands of the judiciary,” Conte added.

Conte’s strong comments are a stark contrast to the more diplomatic tone the Italian prime minister has made to Ms. Merkel in the past.

Leaked audio from earlier this year showed Conte more willing to take migrants, telling Merkel: “We’ll take them, of course, of course, but Angela, do not worry, I’m very determined.”

Interior minister Matteo Salvini, meanwhile, has called the actions of Ms Rackete an “act of war” and welcomed her arrest after previously accusing the NGO of people trafficking.