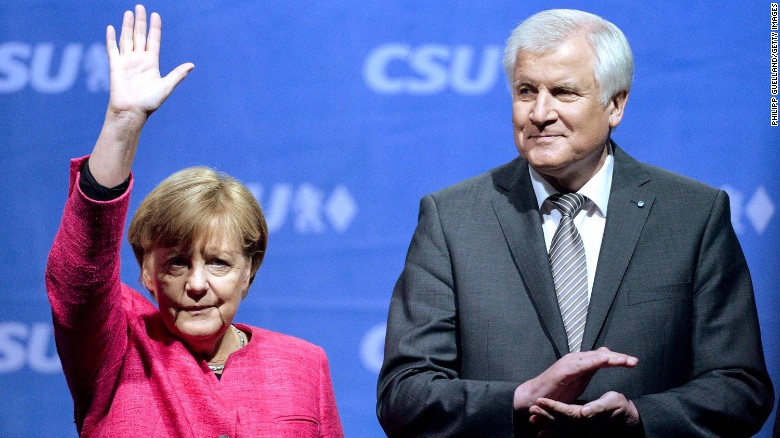 Berlin (CNN) Germany’s three-party coalition reached an agreement on a key migration policy Thursday night, ending, for now, a dispute that had threatened to bring down the government.

The announcement came four days after Chancellor Angela Merkel and her more conservative Interior Minister Horst Seehofer reached a deal on how to handle asylum seekers arriving at Germany’s southern border with Austria who are already registered elsewhere in the EU. Under EU law, those people should be returned to the first EU country they entered, but that is not always possible in practice. 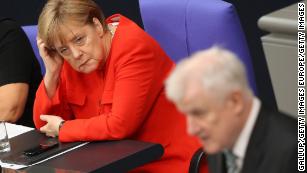 Related Article: What one day in Angela Merkel’s diary reveals about the state of Europe
The agreement announced Thursday between the governing CDU, its more conservative sister party the CSU, led by Seehofer, and the Social Democrats (SPD) is a softened version of the deal reached on Monday.
While the asylum process for those arriving at the border will be accelerated, they will not be housed in so-called transit centers or camps as Seehofer and Merkel agreed. Instead, there will be “transit processes in police centers,” according to Seehofer.
No mention was made of the second part of Monday’s deal, which involves sending asylum seekers back across the border to Austria if a deal cannot be made with the first country of registration for the individual’s return. The Austrian government has not yet consented to that proposal.
For Andrea Nahles, the leader of the center-left SPD, the need to avoid unilateral pushbacks directly at the border was a high priority — and one that has been met.
“We could agree that there will be no national unilateral action, no rejections at the border,” Nahles said Thursday evening. 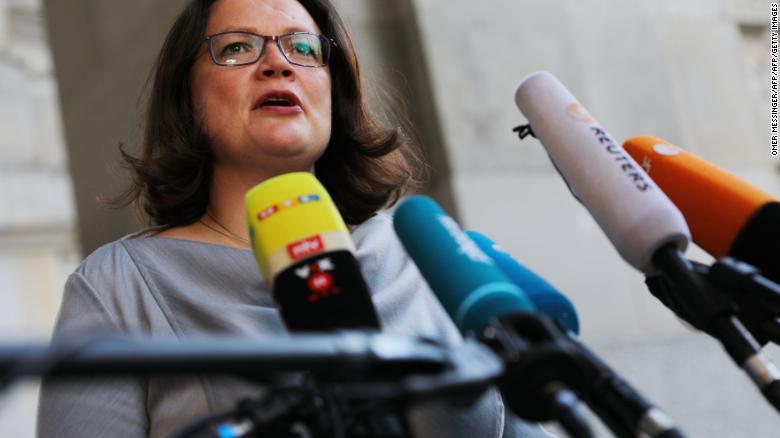 Leader of SPD Andrea Nahles delivers a statement as she arrives at the German parliament on July 5.
The deal signals a significant deescalation of tension after a fraught month in which the specter of a German government collapse loomed large.
After announcing his controversial “migration master plan,” Seehofer issued an ultimatum to Merkel, pledging to instruct border police to start rejecting some asylum seekers directly at the border if she could not reach a satisfactory deal on migration with other EU leaders.
Unhappy with the agreement reached at an EU summit last Friday morning, Seehofer signaled his intention to resign before then consenting to last-ditch talks with the chancellor, during which the two reached a compromise that pacified the interior minister and kept the coalition intact.
Although the number of asylum seekers arriving at the southern border has fallen sharply in the last two years, Bavarian border defense will remain a critical issue as the clock ticks down towards state elections in October. Seehofer’s CSU will likely face a strong challenge from the far-right, anti-immigrant Alternative for Germany (AfD).