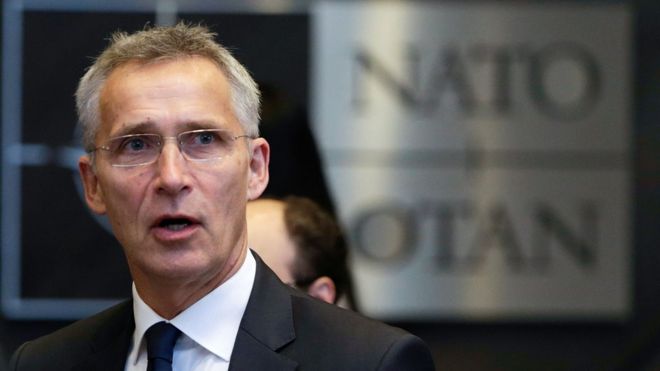 Time is running out to save a key nuclear missile treaty with Russia, Nato Secretary-General Jens Stoltenberg has told the BBC.

Mr. Stoltenberg pledged a “measured, defensive” response if Russia did not come back into compliance with the deal by the 2 August deadline.

“We have to be prepared for a world… with more Russian missiles,” he said.

The 1987 agreement signed by the US and USSR banned short and medium-range nuclear missiles.

President Trump announced the US would suspend its obligations under the Intermediate-Range Nuclear Forces (INF) Treaty in February, accusing Russia of breaching its terms.

Russia denied the allegation but suspended its own obligations shortly afterward and announced plans to develop new weapons systems.

In a wide-ranging interview with the BBC, Mr. Stoltenberg says the Russian missiles – which he says are in “clear violation of the treaty” – are nuclear-capable, mobile, very hard to detect, and able to reach European cities within a few minutes.

“This is serious. The INF treaty has been a cornerstone in arms control for decades and now we see the demise of the treaty,” he said.

While the priority was to get Russia to come back into compliance with its terms, Mr. Stoltenberg said there were “no signs whatsoever” the country will do so. “Therefore we have to be prepared for a world without the INF treaty and with more Russian missiles.” 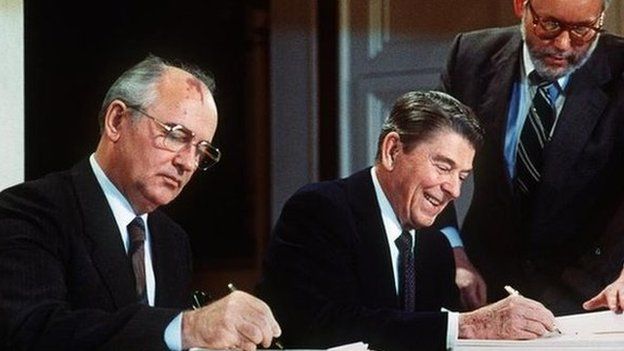 While Nato has no plan to deploy nuclear land-based missiles of its own in Europe, Mr. Stoltenberg said the alliance would respond in a “measured, defensive way” if Russia refused to come back into compliance by 2 August.

Conventional air and missile defense, new exercises, and readiness of forces, and new arms control initiatives could all form part of that response, he said. Any final decision will come after the deadline.

The US says it will remove Turkey from its F-35 fighter jet program in response. Ankara has recently moved closer to Moscow, raising tensions between Turkey and the US.

“It is a serious issue because it is a serious disagreement which involves two important allies,” Mr. Stoltenberg said. Nato supports efforts to resolve the disagreement, he added, while praising Turkey’s key role in the organization.

The secretary-general also praised efforts among members to raise their defense budgets to a target of 2% of their budgets. US President Donald Trump has repeatedly called on other members to contribute more to the organization in recent years.

“We have turned a corner – the picture is much better than it was just a few years ago, and I am quite optimistic that allies will continue to invest more,” he said. Eight member states are expected to reach the target in 2019.

More recently, Mr. Trump has also called on US allies to avoid using technology provided by Chinese tech firm Huawei, arguing the company is a security risk – something China denies.

Mr. Stoltenberg said the alliance was drawing up new guidelines to tackle the issue, so members can have some “minimum agreed standards or guidelines for how to deal with these challenges”.