A 6.8 MAGNITUDE earthquake has struck off the island of New Ireland in Papua New Guinea, according to disaster officials, putting the Ring of Fire on high alert. 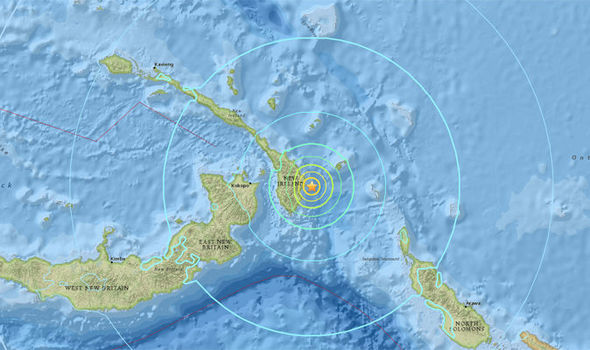 The earthquake struck off the island of New Ireland in Papua New Guinea.

The devastating quake hit at around 3:40am local time at a depth of six miles (10km), the US Geographical Survey (USGS) said.

Officials at the Pacific Tsunami Warning Centre said that, based on the current evidence, there is no tsunami threat to nearby islands.

A spokesman said: “A destructive Pacific-wide tsunami is not expected and there is no tsunami threat to Hawaii.”

No serious injuries were immediately reported following the incident this morning.

At least 55 people died in a separate earthquake in Papua New Guinea last week, although authorities fear the toll could exceed 100.

He said: “It is beyond the capacity of the provincial government to cope with the magnitude of destruction and devastation.

“Our people are traumatised and finding it difficult to cope.” 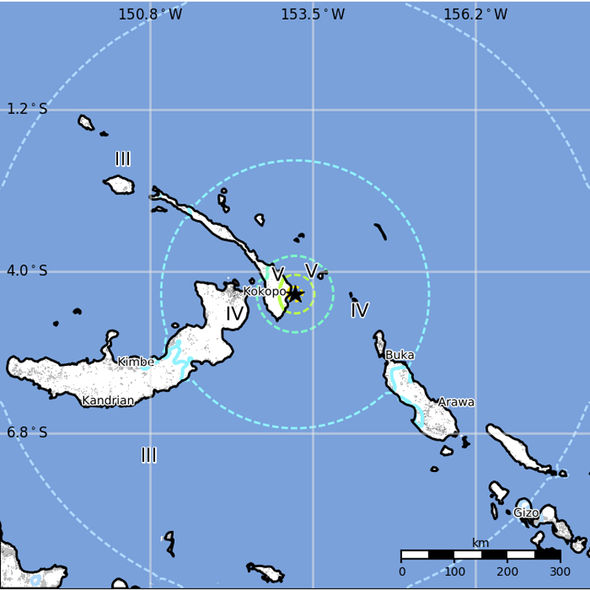 Officials said there is currently no tsunami threat to nearby islands.

She said: “It is terror. They think the end of the world is happening.”

The Pacific Ring of Fire is the most geologically active area in the world, with more than 90 percent of earthquakes occurring there.

The recent volatility in the region has increased fears for the Big One: a major earthquake in a highly populated area on the US west coast or in Japan.