People of both parties seem rather okay with undermining core civil liberties in order to fight the pandemic. 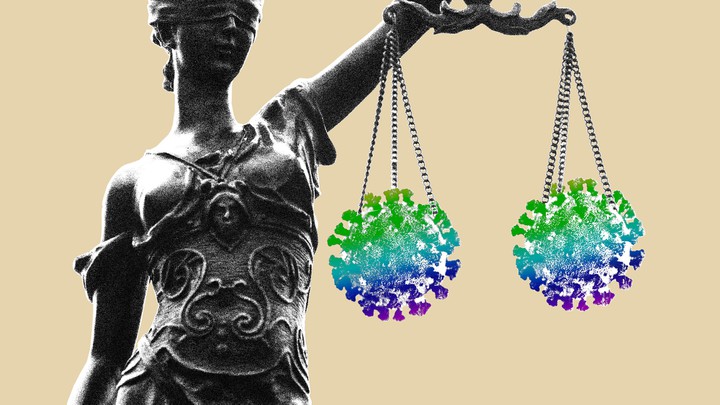 Countries are taking extraordinary measures to slow the COVID-19 pandemic. Many of these measures limit individual freedom and may also violate rights guaranteed by national constitutions. Italy’s complete lockdown, enforced by criminal penalties, probably violates its constitution. Norwegian lawmakers have proposed an emergency law that temporarily gives the government unprecedented power to override the constitution and national laws to thwart the virus. Meanwhile, without consulting the Israeli Parliament, Prime Minister Benjamin Netanyahu enacted emergency regulations allowing for stunning surveillance power to combat the virus. Never one to waste a good crisis, Hungary’s Viktor Orbán will likely be able to rule by decree for the foreseeable future.

The United States now faces this same dilemma: To what extent should the Constitution be violated to fight the coronavirus? Lockdowns, especially ones that apply to people who haven’t tested positive for the virus, are constitutionally questionable. The threat by the leaders of Newark, New Jersey, to prosecute residents who spread false information about the virus—if carried out—could violate the First Amendment. Some people in California have challenged the city of San Jose’s authority to force a gun shop to close, citing their right to arm themselves. Perhaps most alarming, the U.S. Department of Justice “has quietly asked Congress for the ability to ask chief judges to detain people indefinitely without trial during emergencies.”

To assess how Americans weigh the trade-off between preserving civil liberties and halting the spread of the coronavirus, we conducted a survey last week, just as state and local governments were beginning to implement their most restrictive policies yet. The survey reveals a remarkable willingness to tolerate civil-rights violations in order to confront the pandemic, regardless of party affiliation.

We presented a nationally representative sample of 3,000 U.S. residents with eight possible policy responses to the outbreak, all of which may be unconstitutional, including forced quarantine in a government facility, criminal penalties for spreading misinformation, bans against certain people entering the country, and conscription of health-care workers. We also asked our sample to imagine that public-health officials had reviewed the policies and estimated that each would likely save some number of lives, hypothetical figures that we provided.

A majority of respondents supported all eight of these policies, most by considerable margins. The proposals with the lowest support were seizing businesses and banning all citizens and noncitizens outside the country from entering, but these policies still had 58 and 63 percent support, respectively. The proposals with the highest levels of support were banning noncitizens from entering the country (85 percent) and conscripting health-care professionals to work despite risks to their own health (78 percent). Both policies burden a defined minority of the population, so it’s not surprising that large majorities support them. But criminalizing speech based on its content, an idea antithetical to modern American constitutionalism, was also very popular: About 70 percent of respondents supported restricting people’s ability to say things that may qualify as misinformation. Likewise, 77 percent of respondents support suspending all religious services and gatherings, thereby restricting religious freedom. And even when we explicitly told half of our sample that the policies may violate the Constitution, the majority supported all eight of them—even the speech restrictions.

Adam Serwer: Trump is inciting a coronavirus culture war to save himself

Perhaps the most striking feature of our results is the broad bipartisan endorsement of these liberty-restricting policies. Like other surveys, ours reflected a huge gap between Democrats and Republicans in approval of President Donald Trump’s handling of the pandemic: 34 percent of Democrats expressed approval, while 88 percent of Republicans did. One might have reasonably concluded that different policy preferences were driving these responses: that Democrats want aggressive government intervention, which they feel the president has failed to deliver, while Republicans—encouraged by Trump’s early dismissal of the outbreak—prefer a wait-and-see or laissez-faire approach.

But our findings suggest that’s not the case. Democrats and Republicans alike are willing to sacrifice civil liberties to fight the virus. The two groups show almost identical levels of support for detaining sick people in government facilities, conscripting people to work, prohibiting the spreading of misinformation, and banning all people (citizens and noncitizens alike) from entering the country. Seventy-four percent of Democrats supported each of the eight proposed policies, while 71 percent of Republicans did. This small disparity contrasts with several recent survey findings showing that Americans with different political affiliations are responding to the crisis very differently. For example, The Atlantic reported on Friday that blue states are responding more aggressively to the outbreak than red states are, and an NBC News/Wall Street Journal poll conducted last week found that Democrats were 28 percentage points more likely to be concerned about someone in their family getting the COVID-19 than Republicans. Even so, both sides are convinced that aggressive measures are needed to save lives.

Often, efforts to roll back civil liberties face political opposition, but now bipartisan support for rights-restricting COVID-19 responses could smooth the path for constitutional erosion. James Madison predicted as much when he described constitutional rights as “parchment barriers,” easily transgressed when the majority is so inclined. And indeed, history presents numerous examples of liberty violations made in the face of security threats: the Alien and Sedition Acts signed into law by President John Adams, Japanese American internment camps during WWII, and the use of torture after 9/11. After the threat has subsided, Americans must recognize any constitutional violations for what they were, lest they become the new normal.

This story is part of the project “The Battle for the Constitution,” in partnership with the National Constitution Center.

We want to hear what you think about this article. Submit a letter to the editor or write to letters@theatlantic.com.