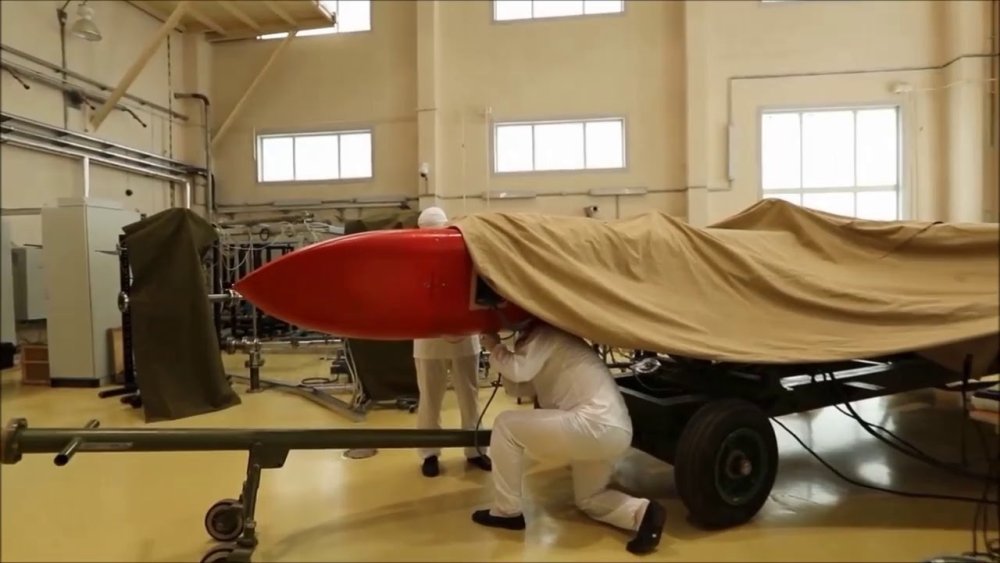 And there is a problem: A reactor that powers one of these weapons might have created “possibly one of the worst nuclear accidents in the region since Chernobyl.”

“United States intelligence officials have said they suspect the blast involved a prototype of what NATO calls the SSC-X-9 Skyfall,” The New York Times reported.

“That is a cruise missile that [Russian President Vladimir] Putin has boasted can reach any corner of the earth because it is partially powered by a small nuclear reactor, eliminating the usual distance limitations of conventionally fueled missiles.”

An accidental explosion is exactly the risk that Jeffrey Lewis, a nuclear expert at the Middlebury Institute of International Studies at Monterey, feared when he described the SSC-X-9 as “bats**t crazy.”

Putin revealed the SSC-X-9 in July 2018 as one of a host of atomic weapons that he claimed the Russian military would develop in order to boost the country’s nuclear deterrence.

“Any use of nuclear weapons against Russia or its allies, any kind of attack, will be regarded as a nuclear attack against Russia and in response, we will take action instantaneously no matter what the consequences are,” Putin said. “Nobody should have any doubt about that.”

An animation Putin introduced featured five weapons. The Samrat intercontinental ballistic missile, the Project 4202 hypersonic glide vehicle, a long-range torpedo, and the Kinzhal air-to-surface missile all had been in development for years.

“None of this will give Russia an advantage,” said Hans Kristensen, director of the Nuclear Information Project in Washington, D.C.

But the fifth weapon—the SSC-X-9—was unknown to the public before Putin’s speech. The new missile is meant to avoid American missile-defenses, which are optimized for shooting down incoming ballistic missiles that fly high in the atmosphere and thus are easy to detect on radar.

“We’ve developed new strategic weapons that don’t use ballistic trajectory at all, which means that missile defense will be useless against it,” Putin said.

The cruise missile with its “nuclear-power energy unit” possesses advantages over conventionally-powered munitions. “It has unlimited range, so it can keep going like this forever,” Putin said as the animation depicted a missile crossing the Atlantic Ocean and changing course to avoid U.S. Navy warships, presumably equipped with anti-missile weapons.

“This is unheard of and no one has this system in the world,” Putin said of the nuclear-powered missile.

That’s not true. The U.S. military in the 1960s worked on a cruise missile powered by a tiny and unsafe atomic reactor.

“It was an environmental nightmare,” Lewis explained. Every time the military launched a nuclear-powered cruise missile, even in testing, it would’ve sent a potentially unstable reactor out into the world without many safeguards to prevent accidents.

The Pentagon canceled the project in 1964.

But those risks did not deter Russia from developing its own atomic-powered missile. “Putin doesn’t have to worry about pesky environmentalists,” Lewis said.

“For all the hype, Russia’s early tests of the cruise missile appeared to fail, even before last week’s disaster,” The New York Times noted on Aug. 12, 2019. “And Russia’s story about what happened Thursday in the sea off one of its major missile test sites has changed over the past four days as the body count has risen.”

“Beyond the human toll, American intelligence officials are questioning whether Mr. Putin’s grand dream of a revived arsenal evaporated in that mysterious explosion, or whether it was just an embarrassing setback in Moscow’s effort to build a new class of long-range and undersea weapons that the United States cannot intercept.”

The August 2019 explosion, which The New York Times described as “possibly one of the worst nuclear accidents in the region since Chernobyl,” underscores the danger that Putin’s new super-weapon poses. Possibly to the United States. And certainly to his own people.

David Axe serves as Defense Editor of the National Interest. He is the author of the graphic novels  War Fix, War Is Boring and Machete Squad.