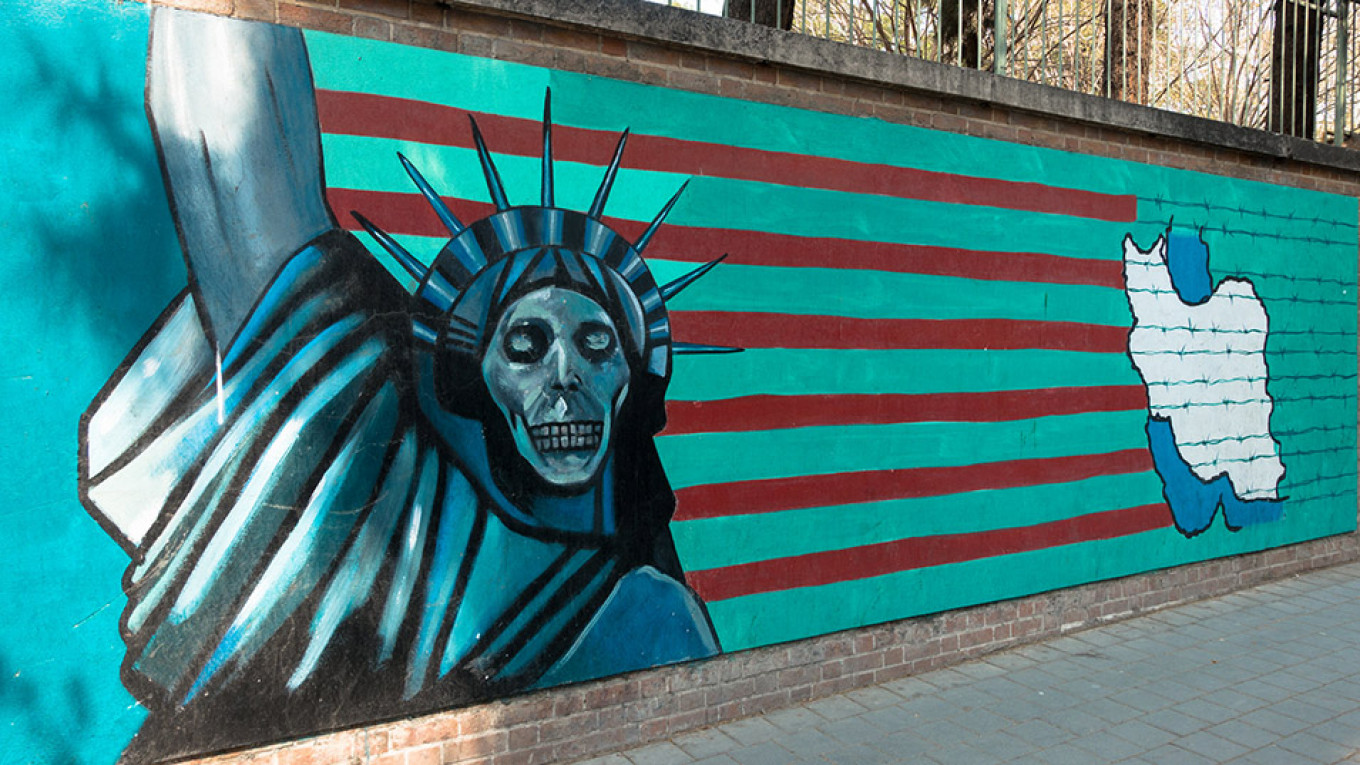 Russia’s Middle East policy is marked with balancing acts that secure the country’s role as an agile and effective balancing power. The fall of the Islamic Republic could undermine Moscow’s capacity for balancing in the Middle Eastern region. It has the potential to cripple Russia’s policy in Syria by giving more freedom of action to U.S.-allied groups, further weakening the recovering Assad government.

At the same time, Russia and Iran have created a major security convergence for responding to shared threats and adapting strategies to gain required international recognitions by revising the U.S.-led order. Issues that Russia rarely shares with other Middle Eastern powers.

And most significantly, a U.S.-led attack on Iran would pave the way for U.S.-led security architecture in the Middle East, providing Washington with major leverage. All these developments provide ground for speculation about the degree of Moscow’s involvement in a possible military confrontation between Iran and the United States.

Although Moscow could financially gain from a politically isolated and less economically competitive Iran, the geopolitical fallout from a regime change in Teheran will significantly outweigh the potential economic benefits.

Particularly, a direct confrontation between Tehran and Washington that could bring back major U.S. military build-up is a geopolitical challenge that threatens Russia’s interests in the Middle East. Moscow has already blamed the U.S. for provoking Iran and has shown its opposition to the U.S. tightening pressure on Tehran’s defense program by recognizing Iran’s legitimate defense interests.

Moreover, Russia’s active involvement in the global politics that has been demonstrated in recent years is a far cry from the relative passivism that marked Moscow’s reaction to the Yugoslav War or the U.S. invasion of Iraq.

Therefore, it will not come as a surprise if Russia decides to make a step beyond mere diplomatic support to protect her interests in the Middle East, including militarily assisting Iran.

Over the past years, Moscow and Tehran have institutionalized their military coordination through an unprecedented amount of regular high-level military and intelligence contacts. This could also contribute to Moscow’s willingness to expand her assistance to Iran beyond diplomatic measures.

Furthermore, the global ambition Russia is acting on today demands that Moscow makes an appropriate response to any radical U.S. policy towards Iran. One of Putin’s key aspirations in regard to foreign policy is asserting Russia as a globally recognized superpower.

In order to achieve that Moscow has to demonstrate the amount of influence she possesses globally, especially when a major international security crisis is in question.

Failure to show significant degree of involvement in the unfolding crisis will seriously hurt Russia’s prestige and undermine her status as a superpower, which Russia claims to be.

Putin has made a clear message that Iran should keep its own expectations of potential Russian help soberly modest. However, it could be speculated that Putin’s reaction in the wake of a full-scale conflict between Iran and the U.S. might be different.

Russia’s direct involvement in the U.S.-Iran conflict, should such a confrontation take place, is highly improbable.

However, Moscow may take certain cautious steps in order to strengthen Iran’s deterrence capacities. It is doubtful that Moscow will make any radical changes to her policy of not supplying Tehran with offensive weapons, but that doesn’t mean Russia cannot enhance Iran’s defense capabilities.

OPINION
Syria and Now Iran: How the U.S. Is Driving Russia South

Recent years’ military-to-military ties between Tehran and Moscow could provide a picture of what pragmatic steps Moscow may take to assist Tehran. Since 2011 Russian-Iranian cooperation evolved around three main categories. Arms sales, highlighted by the delivery of S-300PMU2 systems; intelligence sharing focused on IS and Syrian battles; and operational cooperation mainly in the form of battle coordination and joint military operations in Syria. These unique pillars of the interplay between the two countries, accompanied by joint commissions to facilitate them have institutionalized the military cooperation between Moscow and Tehran far beyond Syria.

Russian involvement in the U.S.-Iran conflict is likely to be broadly based on this threefold pattern.

Moscow ’s first option of responding to the escalation between Iran and the U.S. could be the fortification of Iran’s air defense system capacities to suppress U.S. air superiority. Russian involvement in Syria has demonstrated that Kremlin is confident about using advanced air defense systems to change the balance of forces amid ongoing battles.

Moscow’s decision to provide the Syrian Army with S-300 units in Syria in response to a Russian reconnaissance plane being mistakenly shot down by the Syrian military is a clear example of that. It showed Russian willingness to readjust the military balance through the swift supply of arms.

Thus Russia may reserve the option to improve Iran’s defensive capabilities via the supply of more advanced units, should such a necessity arise. Providing S-400 batteries or the ground-based Electronic Warfare systems including Borisoglebsk-2 and Krasukha-4S which have the potential to hamper US air superiority could constitute a part of Russia’s response.

One of the other forms of Russian response can potentially take is a deployment of Russian military assets to Iran. Russia has recently demonstrated that it is ready to deploy limited military units to contested countries in order to combat threats to her interests.

The case of Tu-160 and limited force deployment in Venezuela to deter US threat in support of Maduro’s government is the latest example, putting forward strategic military deployments as a possible option. Teheran is also likely to support Russian troops being stationed on Iranian territories.

During the peak of the Syrian war in 2016, news broke out that Russian Tu-22M3 bombers have used an Iranian airbase in Hamadan to conduct attacks on targets in Syria. Despite the revolutionary “No East, No West” slogan, the incident revealed that the Islamic Republic has become pragmatic enough to shift her policy when national security issues are at stake.

These developments raise the possibility that Russia may be willing to apply the same model to support the Iranian government. The move will have limited operational value, though it sends a strong signal of political support to Washington.

However, this policy could work only as a prevention tool, discouraging a potential opponent from engagement in a military conflict. The moment violence escalates, stationing troops will no longer be an option for Russia.

Finally, Russia may provide Iran with operational intelligence prior to or during the break-out of the war with the U.S.

It will not be the first time that Russia provides her allies with this kind of assistance. In 2003, Pentagon report claimed Russia funneled intelligence on American troop movements in Iraq to Saddam Hussein during the early days of the war. When it comes to Iran and Russia, the two countries’ experience in sharing sensitive counterterrorism intelligence on the Islamic State in Afghanistan and the setup of a joint intelligence center in 2015 have facilitated systematic intelligence sharing.

Although the extent of this cooperation is not yet clear, frequent visits of the countries’ security officials imply that they have established reliable channels to sustain it. It is hard to assume that Russia will provide extensive surveillance and reconnaissance (SR) data to Iran. However, even limited access to information about U.S. troop deployments, equipment and locations could play an important role in improving Iran’s defensive capabilities.

Moscow clearly isn’t intending to get caught up in a military conflict between Iran and the U.S. and thus will employ every measure possible to minimize the risks of a direct confrontation between the two powers.

However, this does not mean that Russia has no other options but to remain inactive or limit her support to mere diplomatic assistance. On the contrary, Moscow has no desire for a major power shift in the Middle East in favor of the U.S. Thus, opposite to what American administration wishes, it is not likely that Moscow takes a completely neutral stance on the looming crisis.

Russia still maintains quite a number of options in her sleeve to influence the balance of military capabilities between Iran and the United States. They are far from being a game-changer, or necessarily capable of turning the tides of war, but they can certainly create sizable obstacles to Washington’s war efforts.

This article was originally published by RIAC.

Islamic State is a terrorist organization banned in Russia.

The views expressed in opinion pieces do not necessarily reflect the position of The Moscow Times. 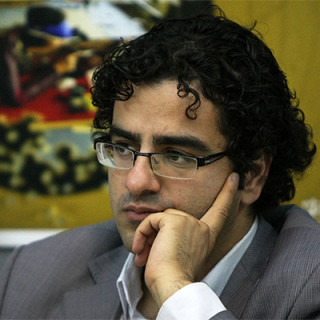