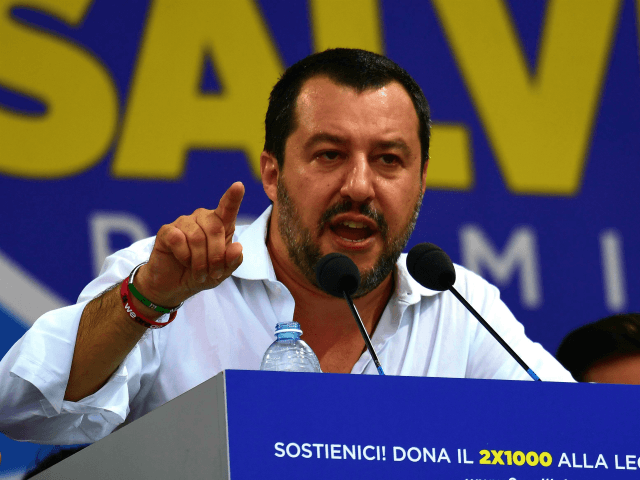 “The choices made only in Paris and Berlin are enough, Italy is no longer willing to accept all immigrants arriving in Europe,” Salvini told his French counterpart, France Info reports.

“France and Germany can not decide on migration policies by ignoring the demands of the most exposed countries like us and Malta,” he added.

The letter was sent the day before Monday’s meeting of European Union interior ministers and foreign ministers in Paris that saw 14 member states agree to a new “solidarity mechanism” to allow new migrants to be sent to various member states after arriving in the EU.

France Admits There Is ‘Real Collusion’ Between People-smugglers and Migrant ‘Rescue’ NGOs https://www.breitbart.com/europe/2019/04/07/france-admits-there-is-real-collusion-between-people-smugglers-and-migrant-rescue-ngos/ …

French President Emmanuel Macron announced the new agreement saying: “The conclusion of this morning’s meeting is that, in principle, 14 member states, at this stage, have expressed their agreement with the Franco-German document.” Mr. Macron did not comment on details.

Salvini was not present at the meeting and has previously stressed the importance of securing the external EU border to prevent mass migration of illegals.

In a previous meeting in Helsinki, both Italy and Malta proposed creating temporary reception centres in countries bordering those where migrants had left, saying that would be the starting point for any new negotiations.

The meetings come as the number of migrants attempting to cross the Mediterranean has increased, and with it, the activities of migrant transport NGOs such as Sea Watch, whose captains Carola Rackete and Pia Klemp are both under investigation in Italy for aiding illegal immigration.

NGO Captain Carola Rackete has demanded that Europe take all migrants from Libya, a number believed to be over half a million people. breitbart.com

Both German nationals face substantial prison sentences of up to 20 years if found guilty of aiding illegal migration.

Earlier this month, Rackete demanded Europe take in all of the migrants currently in Libya, estimating the number to be around half a million people.