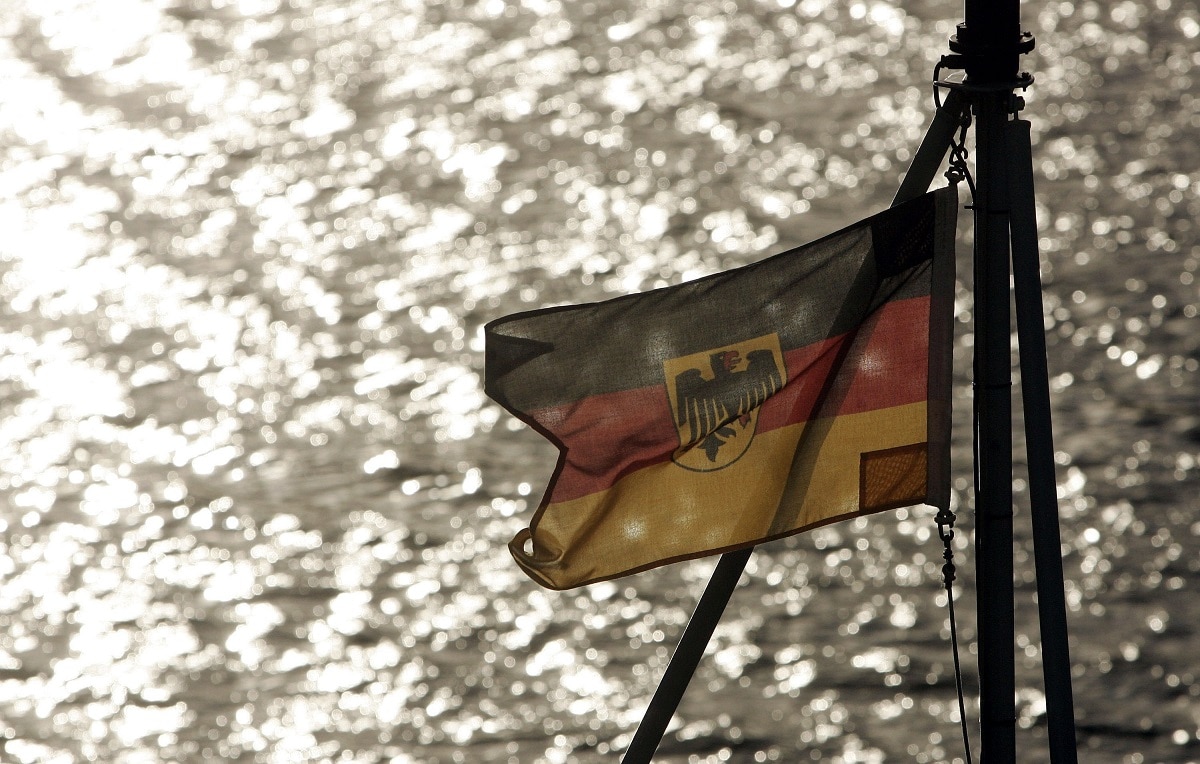 A German flag on a minesweeper of the German Navy blows in the wind as the ship stands in port Nov. 9, 2006, in Kiel, Germany. (Sean Gallup/Getty Images)

COLOGNE, Germany — Germany’s planned acquisition of a new frigate-like warship has triggered an industry debate that goes something like this: Will the vessels be German enough?

That is the question being raised by a consortium of the German companies ThyssenKrupp Marine Systems and Lürssen, whose executives were told by the government this month that their joint offering had been eliminated from the race to the build the Mehrzweckkampfschiff 180.

Competing bidders include a Dutch-German team consisting of Damen and Blohm+Voss, and German Naval Yards, which belongs to a Lebanese investor. Bremen-based Lürssen, which bought Blohm+Voss in 2016, could keep its chance at the deal in case the Dutch-German offering wins.

With TKMS out, critics fear Germany would cede ground to foreign players in a critical field, despite a pledge in the coalition government pact, finalized this week, to treat surface shipbuilding as a “key technology.”

The Ministry of Defence is not buying that argument. A spokesman described such thinking as “protectionism” that would violate source-selection rules.

In today’s global market, the government would be hard-pressed to keep constant tabs on the international dealings of all of its suppliers, the spokesman argued.

While the ministry has not said why TMKS was kicked out of the program, local media reports said cost played a role. The consortium’s offer was for more than the €3.5 billion (U.S. $4.3 billion) set aside in the budget, according to the Hamburger Abendblatt. The money would buy four ships.

The company stands by its offer, which entailed “decades of experience and expertise in naval shipbuilding and as a partner of the German navy,” a TKMS spokesman wrote in an email.

Meanwhile, Hamburg-based Blohm+Voss this week lobbied lawmakers in favor of the Damen-led consortium. While the Dutch firm would lead the design work, the ships would be built in Hamburg and secure jobs there, executives from both yards said in a letter to lawmakers, the Hamburger Abendblatt reported.

As for the government’s pledge to strengthen “key technologies,” surface ships are indeed mentioned in the coalition agreement, but the term appears in a section devoted to the civilian economy, analysts note.

Defence Ministry officials declared submarine capabilities to be a key field in a 2015 study on the German defense industrial base, leaving the option of buying surface ships from European or global producers.

In a rare televised address, the health minister said some people were not taking the...

WASHINGTON (Reuters) – The Trump administration’s effort to resume federal executions got a boost on Tuesday...

BC-Putin’s-Oil-Price-Gambit-Has-Run-Out-of-Road , Clara Ferreira Marques (Bloomberg Opinion) — In the eyes of Moscow hardliners, the...

There is only one priority for Germany and the UK right now and that is...