Other demands to be made by Seoul at Korean leaders summit include freeze on Pyongyang’s missile programme, says South Korean government security adviser. 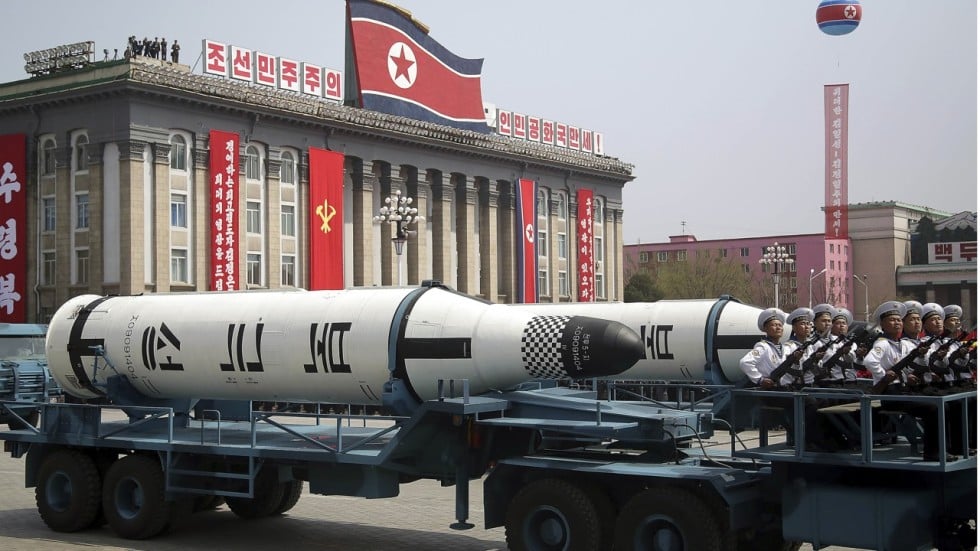 South Korea will demand the North freezes its missile programme, disclose its nuclear capacity and allow in nuclear inspectors in exchange for economic and political concessions from Seoul, a senior South Korean national security adviser said ahead of a summit between the two nations’ leaders.

Moon Chung-in, a special adviser on foreign affairs and national security in Seoul, said he expected significant outcomes from the talks between South Korean President Moon Jae-in and North Korean leader Kim Jong-un on April 27, although it was highly unlikely US troops in the South would be withdrawn as part of any deal.

President Moon may also submit a formal declaration of peace with North Korea at the UN General Assembly in September if the two leaders can strike an agreement, the adviser told the South China Morning Post.

The Korean war ended in 1953 after an armistice was signed, but no formal peace agreement was made.

“As long as Pyongyang’s denuclearisation commitment is verifiable, incentives may be provided in various forms including military, political and diplomatic assurances to the regime”, the adviser Moon said.

“If North Korea is willing to denuclearise in a complete and a verifiable way, then the incentives by the US, as well as other countries in the world, will be quite hefty,” said Moon. 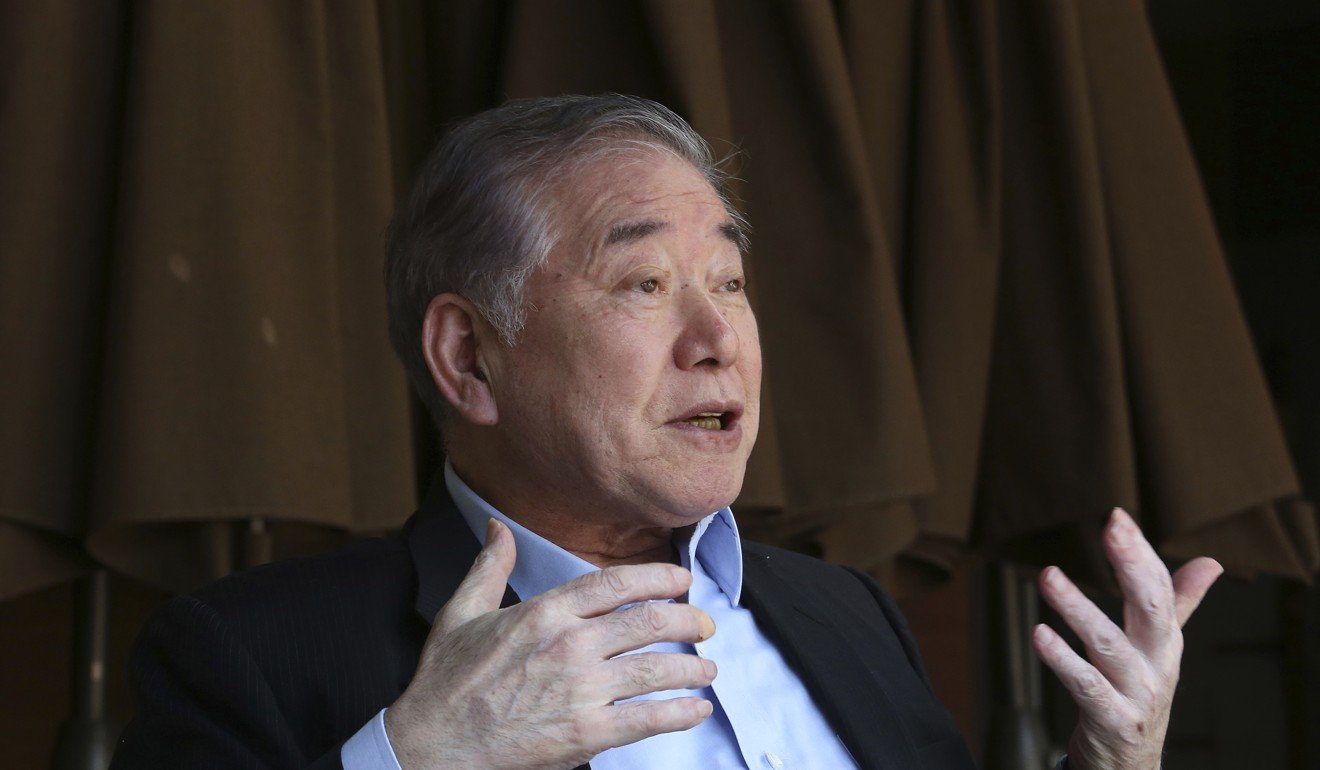 These could include North Korea’s long demands for an easing of international sanctions, removing it from a list of sponsors of international terrorism and suspending the use of some US strategic weapons, he said.

“If North Korea is really committed to denuclearisation, those kinds incentives won’t face any kinds of obstacles,” Moon said.

Kim should know that he can’t have nuclear weapons and economic development at the same time ~MOON CHUNG-IN, SOUTH KOREAN SECURITY ADVISER

Hopes of an end to the nuclear crisis on the Korean peninsula have risen in recent months after North and South Korea’s leaders agreed to talks. Kim Jong-un is also to meet with US President Donald Trump.

Kim made an unexpected trip to Beijing last month and met with Chinese President Xi Jinping. Trump, meanwhile, said on Tuesday the US and North Korea were holding direct talks at “extremely high levels” in preparation for his summit with Kim. CIA director Mike Pompeo traveled to North Korea last week to meet with Kim.

Trump gives his ‘blessing’ as Koreas ‘plan to end their war’

Security adviser Moon said he was surprised by the speed in developments, adding that Kim had become “very proactive” in pursuing talks with South Korea.

Moon suggested that the North Korean leader realised he had to pay more attention to pursuing pressing economic reforms to improve the livelihood of his people in the diplomatically isolated state.

Kim has so far not demanded the withdrawal of US troops in South Korea in his recent meetings with South Korean officials, including talks held last month with Seoul’s special envoy Chung Eui-yong, according to Moon. Troop withdrawals have previously been raised as a precondition for denuclearization by Pyongyang. 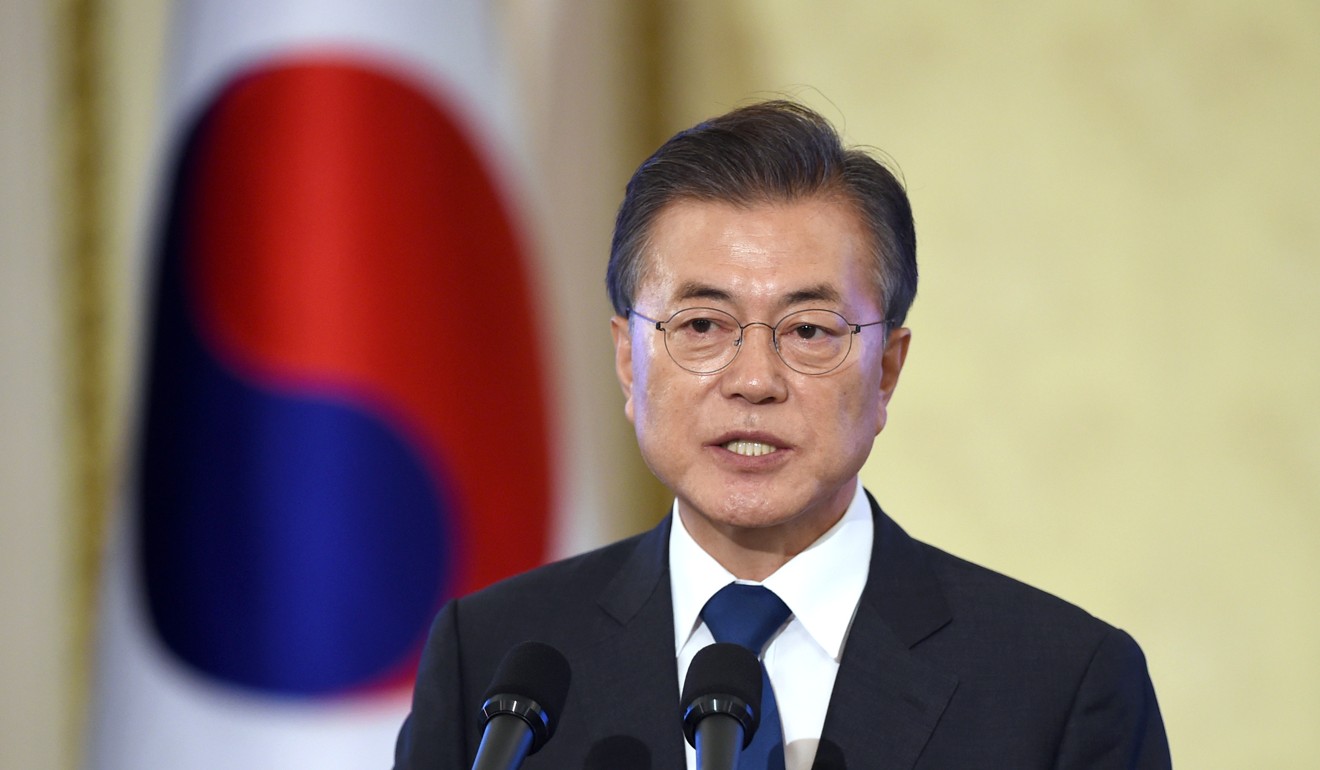 Moon also said the deployment of the US-developed missile shield system may not be needed in South Korea if the dismantlement of North Korea’s nuclear weapons was achieved through negotiation.

Plans to use the system triggered a furious response from Beijing, which regards the technology as a threat to national security.

“If there is some sort of peace agreement through a declaration of an end to the Korean war, then China will get involved in the process of building peace in the Korean peninsula because China is a legal party to the armistice agreement,” said Moon.

However, he was sceptical of the need for a formal peace treaty, noting that the two Koreas already have a myriad of agreements to ensure peace in the region.

“We can make peace with existing agreements and declarations without drawing up a separate formal peace treaty,” he said.