Seven people have died, but the Bahamian prime minister has warned that the death toll is expected to rise. 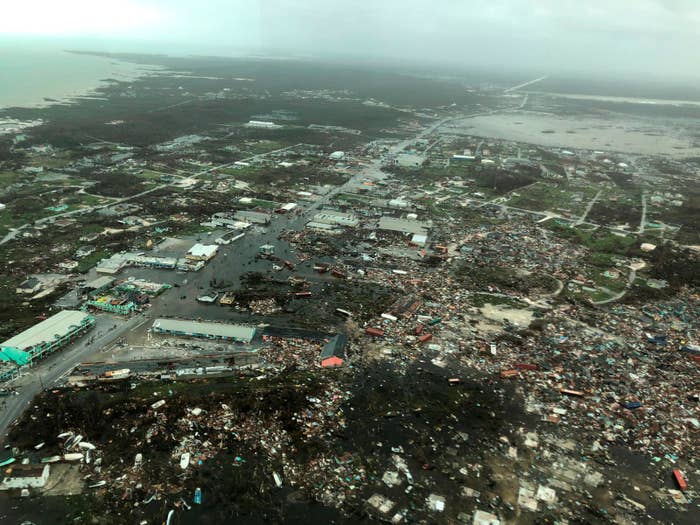 Parts of the Bahamas hit by Hurricane Dorian have been “decimated,” the country’s prime minister said.

Hubert Minnis told a news conference Tuesday that the current death toll of seven was expected to rise, calling Dorian “one of the greatest national crises in our country’s history.”

Dorian made landfall on the Bahamas’ Abaco Islands on Sunday with record-equaling winds as a Category 5 storm, and it later came to a near standstill over the island of Grand Bahama for around 36 hours. The Red Cross said at least 13,000 homes had been destroyed or damaged.

Dorian has now weakened to a Category 2 storm, although it has grown larger in the area as it moves toward the US. At 5 a.m. ET, the National Hurricane Center warned of a life-threatening storm surge and dangerous winds along the Florida east coast, as well as the coasts of the Carolinas and Georgia.