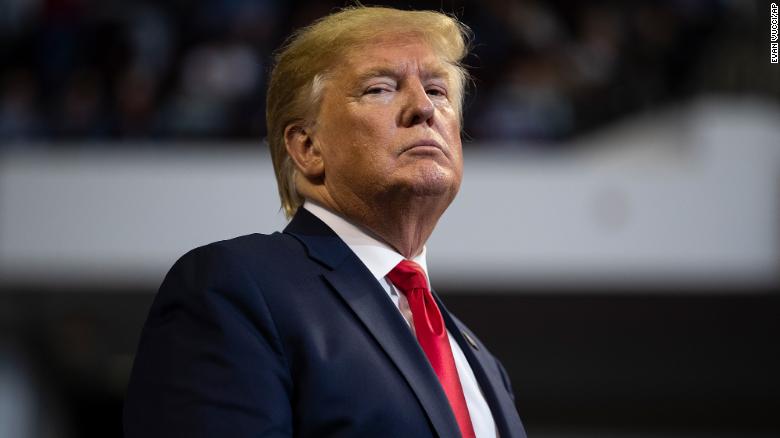 Washington (CNN)The Trump administration has moved to substantially cut its contribution to NATO’s collective budget according to several US and NATO officials, a symbolic move that comes as many continue to question President Donald Trump‘s commitment to the transatlantic alliance as he prepares to attend a summit to mark its 70th anniversary in London next week.

Previously the US provided some 22% of NATO’s direct funding, which covers the cost of maintaining the NATO headquarters, joint security investments, and some combined military operations.
It’s a largely symbolic move as NATO’s direct budget is relatively small, at about $2.5 billion, and is separate from national defense budgets that NATO recommends should stand at 2% of GDP.
The routine health screening that’s helping people stay healthier for longer.
Access to routine health screens are saving lives in South Africa, thanks to new tech solutions and remote diagnoses.
US defense officials tell CNN that the Trump administration sought to reduce its contribution to about 16%, bringing it in line with Germany’s, which provides 14.8% despite the US having a larger economy.
US and NATO officials told CNN that the other NATO members are expected to make up the shortfall.
Trump has long slammed NATO allies, particularly Germany for not meeting the 2% NATO defense spending target, which only eight of 29 members currently meet. All members pledged to reach the 2% level by 2024 but not all of them currently have plans to do so. Member countries have boosted defense spending considerably in recent years, something Trump has claimed credit for.
NATO officials including the Secretary-General Jens Stoltenberg have also credited Trump for the rise in spending, with an extra $100 billion spent since 2014 but have also acknowledged the increased threat from Russia following its seizure of Crimea and other factors have helped to prompt the increase.
“All Allies have agreed to a new cost-sharing formula. Under the new formula, cost shares attributed to most European Allies and Canada will go up, while the US share will come down. This is an important demonstration of Allies’ commitment to the Alliance and to fairer burden-sharing,” a NATO official told CNN.
A NATO diplomat told CNN that the new formula was agreed to this week.
One US defense official said that the money saved by the US will help fund other US military and security efforts in Europe, including programs in countries such as non-NATO members Ukraine and Georgia, which are seen as being on the frontline with Russia.
Member countries contribute to these NATO budgets in accordance with an agreed cost-sharing formula based on gross national income.
The civilian budget was set at about $260.5 million for 2019 and is used mainly to fund the NATO headquarters in Belgium and administration costs.
There’s a military budget of $1.56 billion for 2019, which is used to fund some joint operations and the NATO strategic command center, as well as training and research. That is a fraction of overall spending on defense by member countries, which NATO estimates will total more than $1 trillion in 2019.
There is also a joint budget for the NATO Security Investment Programme, which covers major construction and command and control system investments. The budget for that program is capped at $770 million for 2019.
CORRECTION: This story has been updated to reflect that the new funding formula was agreed this week.