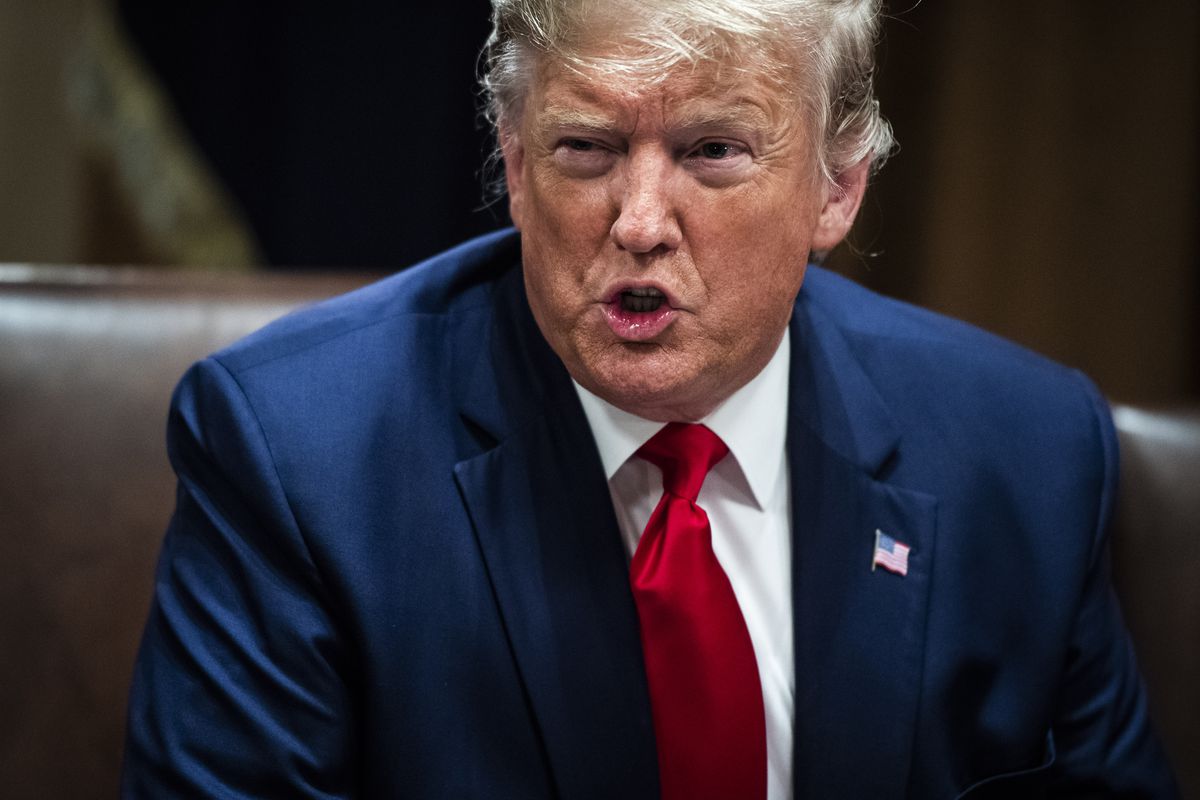 President Donald Trump speaks during a meeting with senior military leaders at the White House on October 7, 2019, in Washington, DC. Jabin Botsford/Washington Post via Getty Images

The Trump administration will send nearly 2,000 troops and advanced military equipment to Saudi Arabia to deter threats from Iran — a move that will increase America’s presence in the Middle East, even as President Donald Trump falsely boasts about ending wars in the region.

The announcement, made by Secretary of Defense Mark Esper and Joint Chiefs Chair Gen. Mark Milley on Friday, continues the administration’s campaign both to increase pressure on Tehran and deepen ties with Riyadh. The US has sent an additional 14,000 military members to the Middle East since May, which the 1,800 authorized Friday will add to.

That makes sense, as May was when the US and Iran became locked in a standoff that’s seen the US aggressively increase its stance in the region and consider striking Iran only to call it off at the last minute. It’s also seen Iran bomb oil tankers in strategic waterways and oil fields in Saudi Arabia, which Esper specifically cited as a reason for the increase.

Trump has repeatedly threatened retaliatory strikes and further crushing sanctions if Iran refuses to stop its attacks, though he hopes to sign a deal with the Islamic Republic’s leaders to further constrain its missile program, nuclear ambitions, and support for terrorists.

In the meantime, the Pentagon hopes that sending more fighter jets and air-defense systems to the region will keep Iran at bay.

“We thought it was important to send forces to deter and defend and to send a message to the Iranians: Do not strike another sovereign state. Do not threaten American interests and American forces, or we will respond,” Esper told reporters on Friday. “Do not mistake or restraint for weakness.”

It’s worth being clear about something: Trump is only augmenting America’s presence in the Middle East.

On Wednesday morning, Trump ripped America’s involvement in Middle Eastern conflicts over the past two decades.

The United States has spent EIGHT TRILLION DOLLARS fighting and policing in the Middle East. Thousands of our Great Soldiers have died or been badly wounded. Millions of people have died on the other side. GOING INTO THE MIDDLE EAST IS THE WORST DECISION EVER MADE…..

….IN THE HISTORY OF OUR COUNTRY! We went to war under a false & now disproven premise, WEAPONS OF MASS DESTRUCTION. There were NONE! Now we are slowly & carefully bringing our great soldiers & military home. Our focus is on the BIG PICTURE! THE USA IS GREATER THAN EVER BEFORE!

Trump is right to note that the US has lost thousands of Americans and spent trillions of dollars fighting these conflicts (though not quite as many trillions as Trump suggests) — not to mention the suffering endured by citizens of these war-torn nations.

But Trump is saying these things to justify his decision on Sunday to move American troops in Syria — a decision that’s drawn bipartisan pushback. It’d be one thing if he were bringing all 1,000 US troops in the country home, but he’s not. Instead, he’s moving just 50 US service members out of northern Syria to get out of the way of a just-started Turkish invasion.

That’s not all. A late September report from US Air Forces Central Command showed that the US launched the most airstrikes in Afghanistan over a single month in roughly a decade. American troops have ramped up airstrikes in Libya targeting ISIS fighters there. And the US continues its shadow war in Somalia to fend off terrorist groups there.

To be fair, there are legitimate reasons to send more troops to Saudi Arabia: The move could help defend the US ally, could make Iran think twice before attacking Saudi Arabia again, and allows the US to respond to a crisis if necessary. But making this decision does nothing to end America’s presence in the Middle East — no matter what Trump says.

Iran nuclear deal: Trump withdraws the US from the agreement