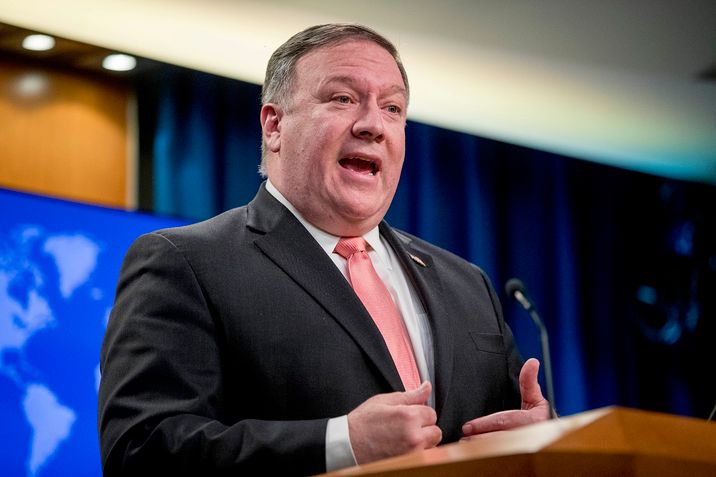 In this Oct. 23, 2018 photo, Secretary of State Mike Pompeo speaks to reporters at a news conference at the State Department in Washington. The Trump administration is calling for a halt to the civil war in Yemen, including airstrikes by the Arab-led coal  —AP Photo/Andrew Harnik

In Paris, the French foreign ministry also condemned the Iranian missile test as “provocative and destabilizin

Over the weekend, US Secretary of State Mike Pompeo charged that Iran tested a medium-range missile capable of carrying multiple warheads and striking parts of Europe and the entire Middle East.

He said the test violated UN Security Council Resolution 2231, which endorsed the Iran nuclear deal signed by world powers with the Islamic republic.

“As we have been warning for some time, Iran’s missile testing and missile proliferation is growing. We are accumulating risk of escalation in the region if we fail to restore deterrence,” Pompeo said.

The secretary met with the Israeli premier on Monday in Brussels for talks focusing on joint efforts to curb Iranian aggression in the region.

In Paris, the French foreign ministry also condemned the Iranian missile test as “provocative and destabilizing,” and noted that it was not in compliance with the UN resolution. 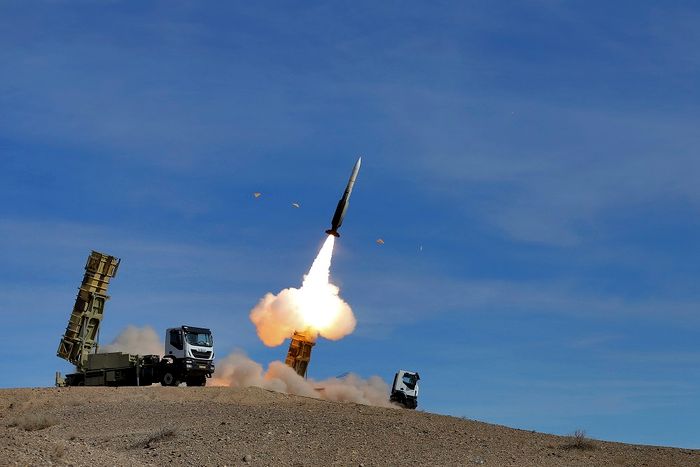 FILE: In this photo provided Monday, Nov. 5, 2018, by the Iranian Army, a Sayyad 2 missile is fired by the Talash air defense system during drills in an undisclosed location in Iran. Iran greeted the re-imposition of U.S. sanctions on Monday with air defe   (Iranian Army via AP)

Washington’s Iran special envoy Brian Hook insisted that despite Tehran’s assertions to the contrary, Iran’s missile tests were not defensive in nature.

“We would like to see the European Union move sanctions that target Iran’s missile program,” Hook told reporters aboard Pompeo’s plane as he traveled to Brussels for a NATO meeting.

Hook said President Donald Trump’s campaign of “maximum pressure” on Tehran since withdrawing from the Iran  nuclear deal “can be effective if more nations can join us in those (sanctions).”

“It is a grave and escalating threat, and nations around the world, not just Europe, need to do everything they can to be targeting Iran’s missile program,” he added.

Hook said “progress” was being made on getting NATO allies to consider a proposal to target individuals and entities that play key roles in Iran’s missile program.

The United States decided in May to withdraw from the 2015 nuclear deal and reimpose sanctions on Iran.

EU countries have denounced the move and are working to preserve the nuclear deal, even though they have also criticized Iranian positions on other matters.