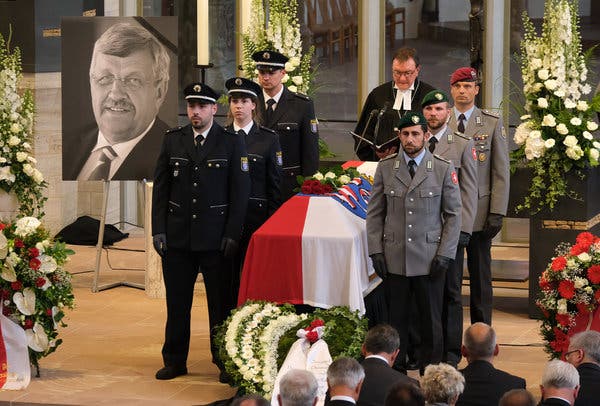 An honor guard at the coffin of the murdered German politician Walter Lübcke during his memorial service this month in Kassel, Germany.CreditCreditSean Gallup/Getty Images

BERLIN — The death threats started in 2015 when Walter Lübcke defended the refugee policy of Chancellor Angela Merkel. A regional politician for her conservative party, he would go to small towns in his district and explain that welcoming those in need was a matter of German and Christian values.

Hateful emails started pouring in. His name appeared on an online neo-Nazi hit list. His private address was published on a far-right blog. A video of him was shared hundreds of thousands of times, along with emojis of guns and gallows and sometimes explicit calls to murder him: “Shoot him now, this bastard.”

And then someone did.

On June 2, Mr. Lübcke was fatally shot in the head on his front porch, in what appears to be Germany’s first far-right political assassination since the Nazi era. The suspect — who made a detailed confession last month, only to retract it this past week under a new legal team — has a violent neo-Nazi past and police record, renewing criticism that Germany’s security apparatus, with its long track record of neglecting far-right extremism, is still failing to take the threat seriously enough.

Far-right militancy is resurgent in Germany, in ways that are new and very old, horrifying a country that prides itself on dealing honestly with its murderous past. Raw and hateful language has become increasingly common online, and politicians are increasingly under threat, with some now requiring protection.

“The murder of Walter Lübcke shocked me like it shocked a lot of people,” the country’s foreign minister, Heiko Maas, said on public television recently, while calling for Germans to hold weekly protests against far-right extremism.

“I asked myself — what is happening in our country?” he said. “If you look at how much hatred and harassment there is on the internet — a lot of it directed at local politicians, bureaucrats, sport and cultural clubs — then I think we need to stand up and say that this is unacceptable.”

Hate speech has surged in all corners of Europe and, with it, political violence.

In Britain, the lawmaker Jo Cox died after being shot and stabbed multiple times by a man with far-right sympathies a week before the Brexit referendum in 2016. In Poland, the liberal mayor of Gdansk, Pawel Adamowicz, was killed in January after being the target of a relentless and hateful campaign against him on the state-owned broadcaster.

Germany’s domestic intelligence agency, known as the Federal Office for the Protection of the Constitution, was set up in the wake of World War II with the explicit aim of preventing the rise of anti-democratic forces like another Nazi party. But with the arrival of more than one million migrants since 2015, many of them from Muslim countries, the agency has concentrated resources on threats of Islamist terrorism.

Horst Seehofer, Germany’s interior minister, who oversees the agency, denied that officials had been “blind on the right eye” but conceded that more should have been done in the Lübcke case. 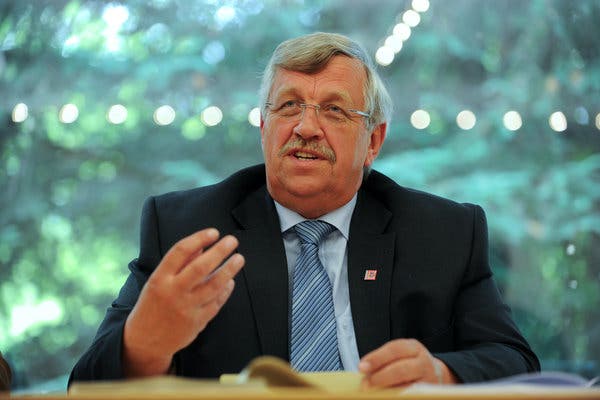 “This political murder is a moment, a kind of signal,” Mr. Seehofer said, “because it is directed against our free democratic culture.”

The suspect, 45-year-old Stephan Ernst, was well-known to the authorities. He circulated in the orbit of a neo-Nazi party and nearly stabbed an immigrant to death in 1992. He spent time in prison after an attempted bombing and owned at least five weapons, including a machine gun and the .38 caliber handgun used in killing Mr. Lübcke.

“People will die,” he predicted in an online post before the murder.

After his prison term, domestic intelligence agents had kept tabs on Mr. Ernst but he fell off the radar at a time when many of them were diverted to focus on militant Islamists. Then time limits on storing personal data kicked in.

“He should have remained on the radar continuously,” said Stephan Kramer, the head of the domestic intelligence agency in the eastern state of Thuringia. But for too long, Mr. Kramer said, “the possibility of far-right domestic terrorism was neglected at the federal level.”

Politically, Germany saw a sharp uptick in right-wing fury after the 2015 migration crisis. The far-right Alternative for Germany party shocked the establishment by winning enough votes to take seats in Parliament. During the past year, support for the party has flattened, and the liberal Greens have recently surged to the top of the polls.

But analysts say that while the Alternative for Germany has not been linked directly to political violence, the party’s noisy presence has contributed to a normalization of violent language that risks legitimizing violence itself. The party has vowed to “hunt” Ms. Merkel. Just this month, one local party official identified the Greens as the new enemy, vowing to “shoot our way through.”

For some politicians, the angry political mood has meant peril. The mayor of the northern city of Altena, Andreas Hollstein, survived a knife attack in 2017.

In 2015 the mayor of Cologne, Henriette Reker, was stabbed in the throat by an unemployed man who said he wanted to send a signal on the country’s refugee policy. In an interview, Ms. Reker said that death threats, rare before 2015, had become an everyday reality and that she now had private security agents posted outside her office.

“People on the front line of defending our open society have become the target,” Ms. Reker said.

“The phase of cleansing has started with Walter Lübcke,” the email stated. “Many more will follow him. Including you. Your life will end in 2020.”

In recent decades, far-right extremists have committed scores of murders in Germany — 169 since 1990 alone, according to one investigation conducted by two German newspapers, Die Zeit and Der Tagesspiegel. But Mr. Lübcke is the first politician to be assassinated by far-right militants in postwar Germany. 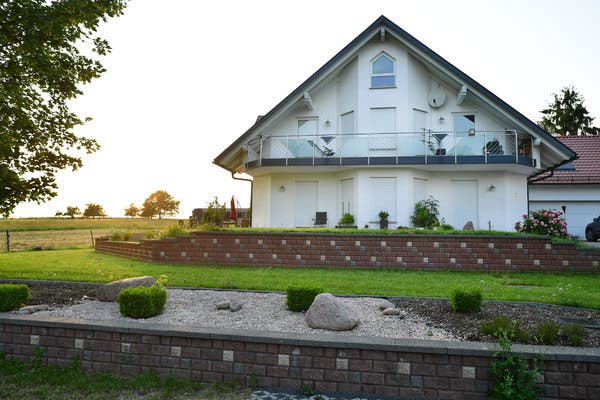 Mr. Lübcke’s home in the village of Istha near Kassel, Germany. He was shot on his front porch last month.CreditAlexander Koerner/Getty Images

Tanjev Schultz, an expert on far-right extremism, said the new threats against politicians carried echoes of the Weimar Republic, the period between the two world wars, when far-right terrorists killed a number of politicians to destabilize Germany’s young democracy, ultimately succeeding.

“Destabilizing the state has always been the strategic aim of neo-Nazis, but the German authorities have never really looked at it that way,” Mr. Schultz said. “They have tended to treat far-right violence as the result of random acts committed by lone-wolf actors.”

“It barely featured in schoolbooks and in the public discourse,” he said, noting that this reflected the fact that “successive generations of officials simply downplayed this issue.”

Ms. Reker, the mayor of Cologne, has her own theory for this collective blindness. “Maybe our history is actually limiting our view,” she said. Germans like to think they have definitively dealt with that history, resulting in a self-deceptive attitude of “What mustn’t be cannot be.”

But some officials now describe the Lübcke murder as a wake-up call that may force the first major rethink on far-right violence in a decade. In the early 2000s, neo-Nazi terrorists killed nine immigrants over seven years, even as paid informers of the intelligence agency helped hide the group’s leaders and build up its network. The case became known as the N.S.U. scandal.

Mr. Kramer, the intelligence chief in Thuringia, was appointed as part of the overhaul after the scandal. A former secretary-general of the Central Council of Jews in Germany, he said that changing official attitudes remained difficult. When his agency reported an escalation of the far-right threat to intelligence officials at the federal level, he said, “we were told that far-right terrorism doesn’t exist and accused of exaggerating.”

Last year, when far-right riots broke out on the streets of the eastern city of Chemnitz, the then head of the intelligence agency, Hans-Georg Maassen, played down the violence, publicly contradicting Ms. Merkel. He eventually had to resign.

There are also some worrisome signs of far-right infiltration of Germany’s military and police forces.

In Frankfurt, a police officer was arrested this week on suspicion of sending threats to a lawyer representing victims of the N.S.U. attacks, vowing to “slaughter” the lawyer’s 2-year-old daughter.

“Never since its creation,” said Armin Laschet, a prominent conservative politician, “has our republic been under as much pressure from the far right as it is now.”

A version of this article appears in print on July 7, 2019, on Page A1 of the New York edition with the headline: Political Murder and Far-Right Shock Germany. Order Reprints | Today’s Paper | Subscribe