Hungarian Prime Minister Viktor Orban will be the latest leader to officially put the Western Wall on his itinerary on Friday. 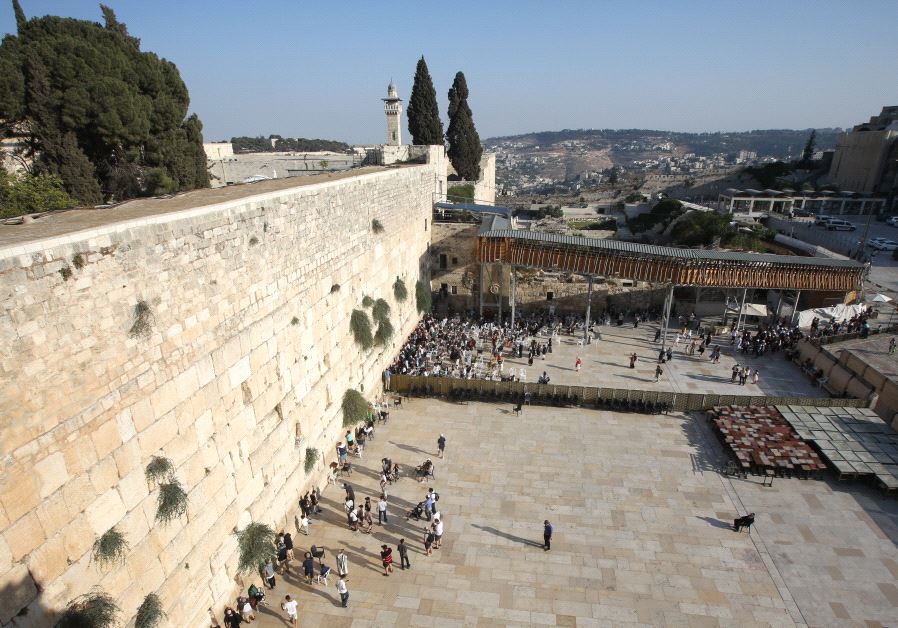 For world leaders, visiting the Kotel (Western Wall) is becoming the new normal.

That, at least, is the perception that will be further advanced on Friday when Hungarian Prime Minister Viktor Orban, who arrived in Israel on Wednesday for a two-day visit, will be the latest leader to officially put the Western Wall on his itinerary.

When Orban – whom critics have accused of fanning antisemitic flames – puts a note in the crevices of the Kotel on Friday, he will be following US President Donald Trump, US Vice President Mike Pence and Prince William, who did the exact same thing before him. Trump was the first sitting US president to visit the Kotel when he did so in May 2017.

Those three very high-profile visits gave the impression that world leaders – who had in the past avoided the Western Wall – had all of sudden discovered it. But a representative for the Western Wall Heritage Foundation said that leaders have visited in the past as well – it’s just that the media started to pay much more attention to these visits once Trump went there.

One Israeli government official said, however, that there are more formal visits to the Western Wall as part of the leaders’ official visits to Israel now, as opposed to what was characterized in the past as “private visits.” He attributed this change to the Trump visit.

“This gave legitimization to these visits,” the official said.

He also added that the Foreign Ministry and the government now encourage more strongly than in the past putting the Western Wall on the itineraries of visiting dignitaries.
“We don’t say that they have to go, or that it is an obligatory stop such as Yad Vashem, but we certainly encourage it more now,” he said.

He added that this reflects an Israeli attempt to push back against decisions such as those taken at UNESCO in recent years denying a Jewish connection to Jerusalem and the Temple Mount, saying that these visits are “important” because they demonstrate that those who go to the site “recognize the connection between the Jewish people and the Kotel, and the Old City.”

The Western Wall Heritage Foundation has a website that includes an events calendar, where pictures of high-profile visits are posted. A look at the nearly 14 months of visitors highlighted on that website since Trump’s visit in May 2017, compared to the 14 months before his visit, shows some interesting trends.

First of all, there were slightly more high-level visits – meaning, visits by heads of governments, heads of state, foreign ministers, other cabinet ministers and US governors – during the 14 months before Trump’s visit (35), compared with after it (32).

What has changed significantly, however, is where the visitors are coming from.

If, in the 14 months before the Trump visit, only three high-level US officials – the governors of New York, Michigan and Massachusetts – visited the Kotel, since Trump’s visit there have been visits by the US vice president, two cabinet ministers, and the US ambassador to the UN, Nikki Haley. In addition, seven US governors have visited, meaning that over the last 28 months, one-fifth of all of America’s governors have visited the Western Wall.

Regarding leaders from other countries, what is striking about the list is that it is dominated by leaders from Eastern and Central Europe, Latin America and Africa, with a smattering of leaders from Asian countries (China, Singapore and Mongolia).

And this is true both of the periods before and after Trump’s visit.

What is striking about the list is the nearly complete absence of leaders from European countries that were not behind the Iron Curtain before it fell in 1991. The only exceptions are Austria, whose last two chancellors have visited the site; the Spanish interior minister, who visited last month; and the Portuguese foreign minister, who visited after going to the Temple Mount in December of 2016.

Orban, meanwhile, will not only be visiting the Western Wall, but will also be meeting Chief Rabbi David Lau, something that is rare for visiting prime ministers to do.

One diplomatic official said Orban is doing this to combat accusations that he is soft on antisemitism, and that he has even encouraged it through his campaign against Hungarian- born Jewish financier George Soros.

Though Orban’s visit to Israel might be met by some scattered protests – and even as some opposition MKs have denounced both the visit and Netanyahu’s close relationship with the controversial right-wing, anti-immigrant prime minister – the Foreign Ministry issued a statement Wednesday afternoon welcoming his arrival.

“The visit will advance the good bilateral relations which are manifest, in part, by [Hungarian] support for Israel’s positions in European and international forums, and an emphasis on the importance of the continued struggle against antisemitism.”

Orban – accompanied by his wife, Aniko Levai, and a number of ministers, including Foreign Minister Péter Szijjártó – was greeted at the airport by Science and Technology Minister Ofir Akunis.

On Thursday he is scheduled to meet separately with Netanyahu and President Reuven Rivlin, as well as meeting Lau and visiting Yad Vashem. In the evening, Netanyahu and his wife, Sara, will host the Hungarian premier and his wife at their residence for dinner.