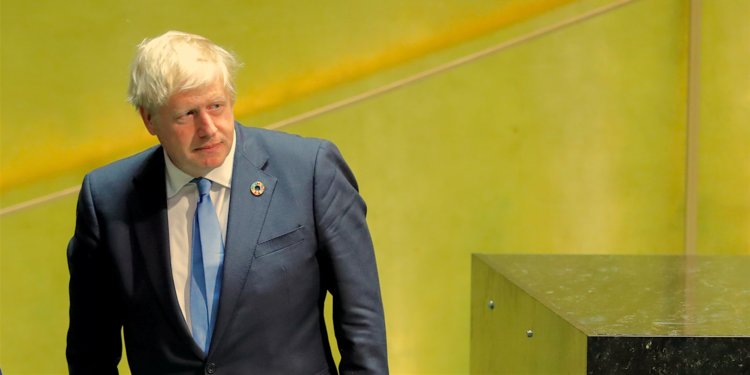 –Boris Johnson could soon be removed as prime minister under a plan being pushed by opposition parties.

–Johnson’s opponents fear that he will find a way to force Britain out of the European Union without a deal next month.

–The Scottish National Party now believes the only way to prevent this is to make the Labour Party leader, Jeremy Corbyn, a caretaker prime minister.

–Under the plan, Corbyn would become prime minister for a few weeks to delay Brexit and call a general election.

Boris Johnson could soon be forced out as prime minister to make way for the Labour Party leader, Jeremy Corbyn. Here’s why.

Johnson is the leader of a minority government, following the defection of one former Conservative MP to the Liberal Democrats and Johnson’s decision to expel 21 members of his own party.

Johnson’s advisers originally believed this would only be temporary and that opposition parties would swiftly vote for a general election, which some polls have suggested he would win.

However, the opposition has other ideas, blocking a general election until Brexit has been delayed beyond its October 31 deadline.

Johnson is running out of road

This presents a problem for the prime minister, who insists he will not delay Brexit, despite members of Parliament passing a law instructing him to do so.

This means Johnson may ultimately have little choice but to resign. However, Johnson’s allies are saying he would take a different course and find some way to circumvent the Brexit-delay law.

John Major, a former Conservative prime minister, warned on Thursday that this could be exactly what Johnson is planning.

As a result, the UK’s opposition parties are growing nervous and believe they may have to act first to prevent Johnson from finding some method of forcing Britain out of the European Union next month.

The caretaker prime minister ‘has to be Corbyn’

“It is increasingly clear that we will have to install a new prime minister via a vote of no confidence so that we can request a delay to Brexit and hold an election,” the source said.

“The convention is absolutely clear that it is the leader of the opposition — in this case, Jeremy Corbyn — who should become prime minister in those circumstances.

“Trying to find a compromise candidate, a national unity candidate, is too complicated, especially in the time we have. Whether people like it or not, the temporary prime minister has to be Corbyn.”

Winning a vote in the UK Parliament to make Corbyn prime minister, however, looks tricky.

Even with the SNP’s support, Corbyn would still need the votes of all other opposition parties as well as a significant number of former Labour and Conservative MPs to become prime minister.

Given that some of those former Labour MPs left the party specifically because of their opposition to Corbyn, this looks like a very difficult task. The UK’s fourth-largest party, the Liberal Democrats, is also reluctant to install Corbyn even for a short period, with its leader, Jo Swinson, describing him as “not fit” to be the prime minister.

However, time is running out to prevent a chaotic exit from the European Union.

And if push comes to shove, Corbyn’s critics may ultimately decide that a few weeks of the Labour leader in charge is less risky than allowing Johnson to remain there any longer.

Our Brexit Insider Facebook group is the best place for up-to-date news and analysis about Britain’s departure from the EU, direct from Business Insider’s political reporters. Join here.